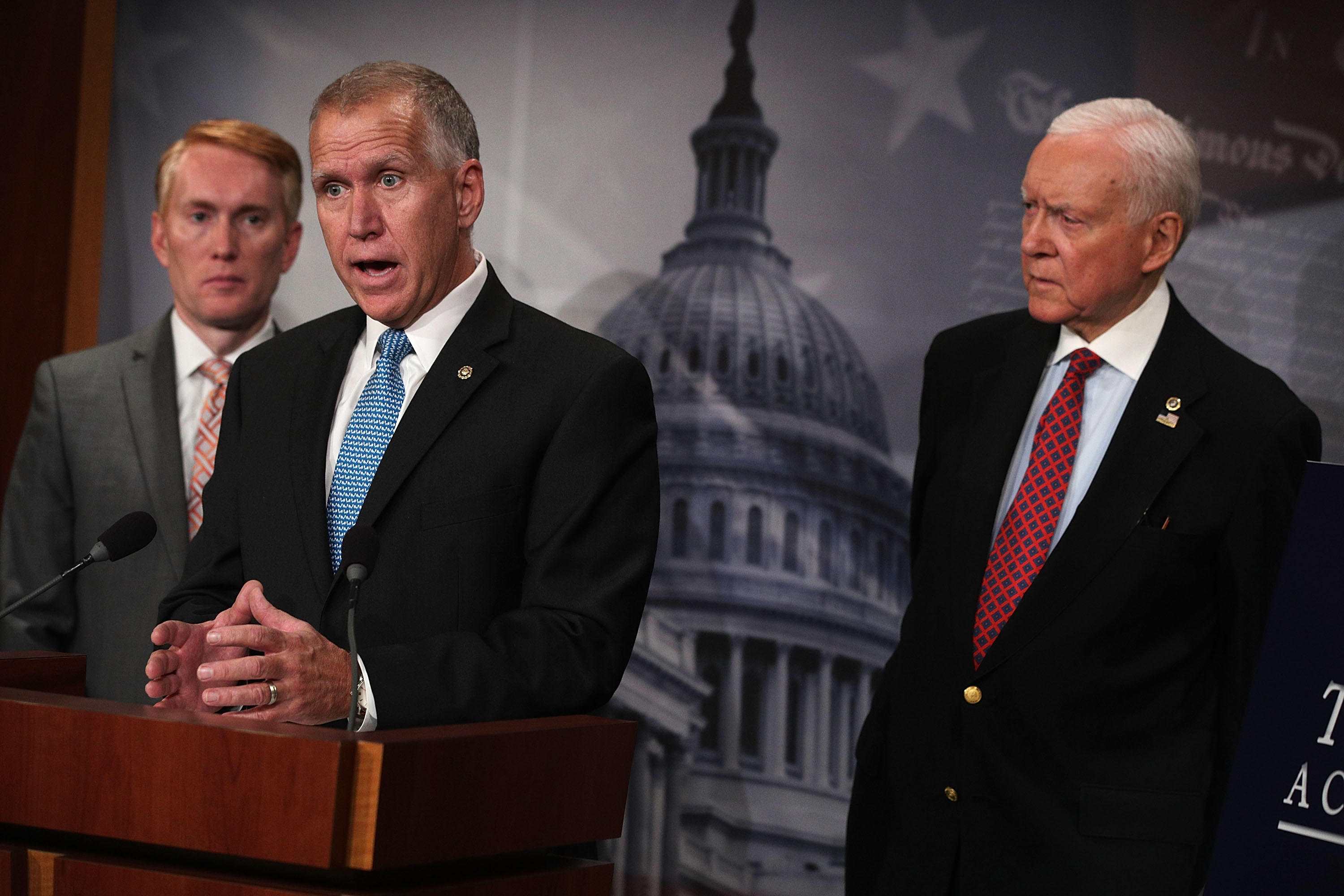 The three senators announced the SUCCEED Act (Solution for Undocumented Children through Careers Employment Education and Defending our nation), which they called a "fair and compassionate" merit-based solution to issues facing undocumented children currently in the U.S.

"If you work hard, follow the law and pay your taxes, you can stay here permanently," Sen. Tillis promised Dreamers.

The proposed legislation mandates that in order to receive "conditional status" in the U.S., a recipient must be maintaining gainful employment, pursuing higher education or serving in the U.S. military.

Under the bill, eligibility for protective status includes having arrived in the U.S. before the age of 16 years, holding a high school diploma or equivalent, passing an extensive criminal background check, submitting biometric data to the Department of Homeland Security and being able to pay off any existing federal tax liabilities.

Tillis said it was very important that Congress not implement a policy that allows the line to be skipped, and the plan, he said, should also prevent "chain migration," a term used to describe how the immigration system prioritizes family members.

After five years of gainful employment, earning a degree or military service, a recipient would then become eligible for a second round of 5-year protected status. After which, the Senators said an individual can then apply for a green card to jumpstart the naturalization process.

While Tillis critiqued the DREAM Act, which was re-introduced by Sens. Lindsey Graham and Dick Durbin, for not being conservative enough, and for the fact that it has "failed every single time," he told reporters on Monday that he was open to including Democrats in the immigration bill  conversations.

"We are willing to talk with anyone providing certainty to these children, let politics get checked at the door, let's provide something on a bipartisan basis to these children and young adults in this country," said Tillis.

Meanwhile, bill co-sponsor James Lankford of Oklahoma said immigration poses as an "unresolved issue that continues to get harder every single year."

He stressed that the SUCCEED Act was not a "stand-alone bill," and  the greater issues of immigration need also need to be addressed.

"What I'd like to see is -- we need to try to resolve the issues of immigration. This is the moment to be able to resolve things like border security and e-verify," added Lankford.

"We have millions of great young people that can add a great deal to our country," Hatch said. "We need a permanent solution to this problem not just kicking it down the road."

He added, "We need to develop a solution that will recognize the positive contributions that Dreamers can make to our society."

The new bill is the most recent piece of legislation drafted after the Trump administration's announcement officially rescinding the DACA program, effectively ending the Obama-era program that has deferred deportations for those who came to the United States as young immigrants.

The Department of Homeland Security will no longer consider new applications for legal status and the U.S. Citizenship and Immigration Services (USCIS) said it was rejecting all new DACA requests and employment authorization document (EAD) applications received after the Sept. 5 memo.

The Trump administration also allowed a six-month window for adjudication of the renewal process for DACA recipients, giving Congress to use as a period to craft a DACA fix.