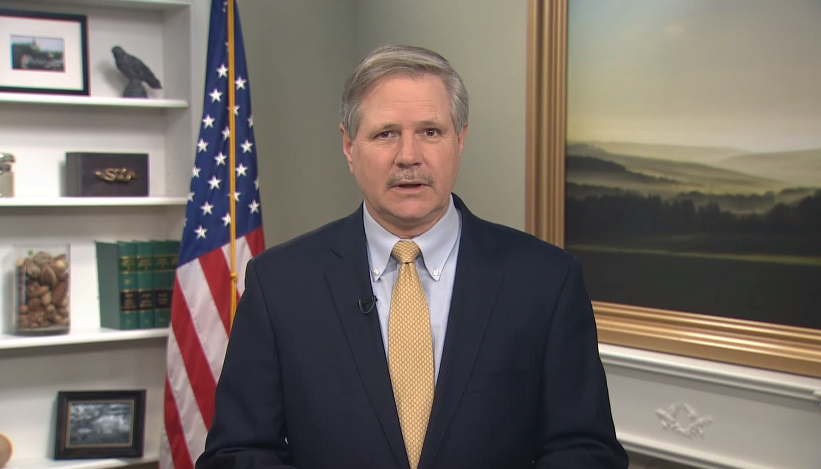 The House passed a bill green-lighting the long-stalled project Friday - the tenth time such a measure has passed the House in the last three years - and the newly Republican-led Senate is expected to take up the measure next week.

The president, though, vowed this week to veto any attempts by Congress to force his hand on the pipeline, which has been delayed for six years pending the completion of an executive branch review process.

Hoeven, a Republican tasked with delivering the party's weekly address, argued Saturday that six years is quite long enough.

"If the president isn't willing to get on board with the Keystone XL pipeline - which nearly 70 percent of the American people support, all the states along the route have approved and a bipartisan majority of Congress has passed - what will it take for him to work with us to get something done?" he asked.

The pipeline, if built, would carry crude oil harvested from Canadian tar sands to refineries along the U.S. Gulf Coast. Proponents say it would increase energy security and create jobs, while foes argue those benefits are overstated and that the pipeline would exacerbate carbon pollution and climate change.

Hoeven hailed a decision by Nebraska's Supreme Court Friday overturning a lower court ruling that struck down a law proposing the pipeline's route through the state - a decision that effectively cleared that particular impediment to the pipeline's construction.

The administration had previously cited the ongoing legal wrangling in Nebraska in its decision to continue delaying the completion of its review process.

"Now, only the federal government is holding it up," Hoeven said, "and that's unfortunate because the Keystone XL pipeline is all about jobs, economic growth and national security."

The senator said the pipeline would aid American economic and foreign policy goals while having a minimal impact on the environment.

"The oil and gas we are producing in North America is already changing the global geo-political dynamic, weakening petro-dependent states like Russia, Iran and Venezuela and strengthening America‎," Hoeven said. "Domestic energy production is also good news for American families and small businesses because increased supply is reducing the price of gas at the pump and putting more money in their pockets."

The president has disputed the argument that building Keystone would significantly lower American energy prices.

"There is very little impact, nominal impact, on U.S. gas prices, what the average American consumer cares about, by having this pipeline come through," Mr. Obama said at a news conference in December. "And sometimes the way this gets sold is, you know, 'Let's get this oil, and it's going to come here.' And the implication is, is that that's going to oil -- lower gas prices here in the United States. It's not. There's a global oil market. It's very good for Canadian oil companies, and it's good for the Canadian oil industry, but it's not going to be a huge benefit to U.S. consumers."

In his own address Saturday, the president touted recent positive economic news to argue that "America's resurgence is real."

The president said the focus of his upcoming State of the Union address, scheduled for Jan. 20, is to build on that economic growth by making sure the "tide starts lifting all boats again." He noted his recent trips to Detroit, where he discussed the turnaround of the auto industry, Arizona, where he discussed the housing market's recovery, and Tennessee, where he unveiled a proposal to offer two free years of community college to every "responsible student."

"Making homeownership easier. Bringing a higher education within reach. Creating more good jobs that pay good wages," he said. "These are just some of the ways we can help every American get ahead in the new economy. And there's more to come. Because America is coming back. And I want to go full speed ahead."

Chinese balloons are part of wider surveillance program
Thanks for reading CBS NEWS.
Create your free account or log in
for more features.
View CBS News In
CBS News App Open
Chrome Safari Continue
Be the first to know
Get browser notifications for breaking news, live events, and exclusive reporting.