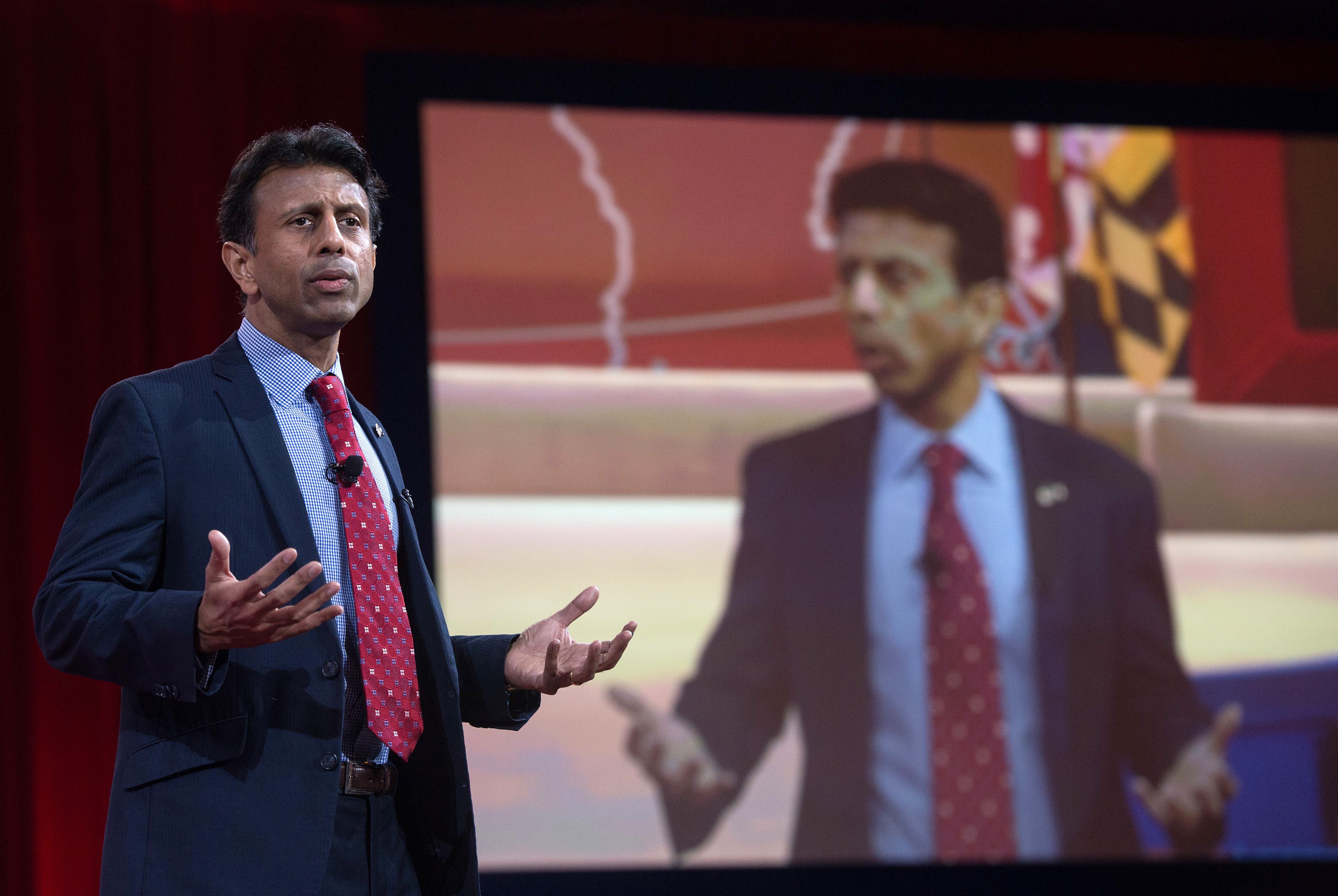 Louisiana Gov. Bobby Jindal bashed the response to the bills Friday, making the potential 2016 candidate the latest in a string of right-wing politicians to come out forcefully in favor of controversial Religious Freedom Restoration Acts that moved through Indiana and Arkansas.

"I don't know about you, but sometimes it feels like evangelical Christians are the only group that it's OK to discriminate against today in this society," Jindal, who is weighing a White House bid, said to over 900 evangelicals at a Good Friday prayer breakfast in Cedar Rapids, Iowa.

The bills had been under fire since Indiana Gov. Mike Pence signed a version of the RFRA into law last month. Detractors criticized the legislation, saying that it allowed businesses to deny services for gays and lesbians. What followed was a firestorm of outrage from business leaders like Apple CEO Tim Cook and other states, who started calling for boycotts of Indiana.

Controversy also erupted over similar legislation in Arkansas. Since the laws came under scrutiny, the two state legislatures have revised the bills, but that hasn't silenced the RFRA's conservative defenders looking to appeal to the religious Republican base.

Jindal, who has referred to himself as an "evangelical Catholic," also spoke to reporters about what he viewed as the Democratic Party's hypocrisy on the issue.

"They were happy to support these laws when it was for Native American groups, when it was for other groups that were facing discrimination," the Louisiana Republican said during his trip to the key caucus state. "We should want these rights for all Americans, including evangelical Christians."

Jindal has also targeted another crucial early-voting region in an op-ed published late Friday in New Hampshire's Union Leader. The editorial expanded on the governor's Iowa remarks, asserting that "the reaction to the passage of these laws has been swift and hyperbolic."

"The entire argument from the left - that RFRA laws are designed to help people to discriminate - is simply a lie," Jindal wrote. "The clear intent of these laws is to protect people of faith, to protect religious liberty at a time when it is increasingly under assault. People of differing views can of course argue over the effects of such laws, but claiming that bigotry is the intent is false."

Jindal bashed the opposing party, questioning if the belief in the First Amendment right to freely practice their religion was "even recognizable in the leadership of the Democratic Party today."

"It certainly is not on display at the White House, which has argued unsuccessfully before the Supreme Court that religious groups cannot choose their employees based on issues of faith," the Louisiana governor continued, referring to the recent Hobby Lobby court case over employer requirements in the Affordable Care Act. "What the secular left is truly claiming here is that even providing for this legal self-defense is an aggressive assault - when in reality, they are the only ones trying to coerce and bully their fellow citizens in behaving according to their wishes."

Jindal isn't the only one of the Republican field to weigh in on the recent changes to RFRA laws.

Carly Fiorina, who has said she's also likely to run for the GOP nomination, added her two cents to the RFRA debate this week.

The former Hewlett-Packard CEO attacked Cook, charging that the Apple executive's opposition to the contentious law showed "a level of hypocrisy here that really is unfortunate."

"When Tim Cook is upset about all the places that he does business because of the way they treat gays and women, he needs to withdraw from 90 percent of the markets that he's in, including China and Saudi Arabia. But I don't hear him being upset about that," Fiorina said Thursday to The Wall Street Journal, echoing her fellow Republicans' remarks and calling the controversy "ginned-up by people who play identity politics."

Fiorina and Jindal currently trail the GOP's 2016 front-runners by a wide margin in polls, but Huckabee is a close second to former Florida Gov. Jeb Bush in favorability ratings.

Bush has said that Indiana could have taken a "better approach" to passing its RFRA, shifting his original stance on the law as "the right thing."