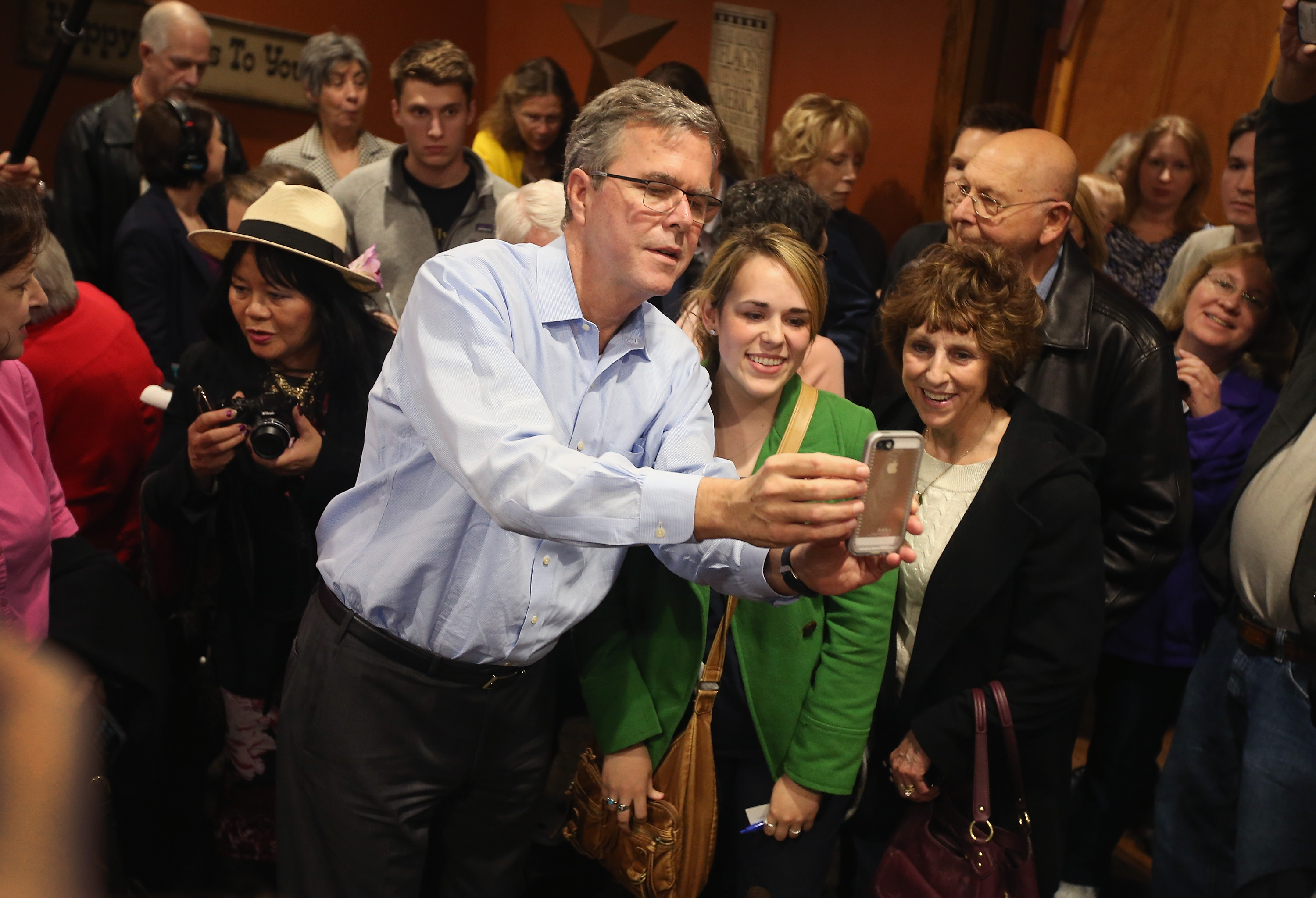 Former Florida Gov. Jeb Bush said Indiana could have taken a "better approach" in passing its religious freedom restoration law, qualifying the position he took earlier this week in which he said that the state's governor did "the right thing."

Bush's comments came at a Silicon Valley fundraiser and were provided to the New York Times and confirmed by CBS News.

"By the end of the week, I think Indiana will be in the right place, which is to say that we need in a big diverse country like America, we need to have space for people to act on their conscience, that it is a constitutional right that religious freedom is a core value of our country," Bush reportedly said. But he added, "We shouldn't discriminate based on sexual orientation."

Indiana lawmakers struck a deal this week to update the controversial law. It will include language that specifically bars businesses from refusing service to anyone based on race, color, religion, ancestry, age, national origin, disability, sex, sexual orientation, gender identity or U.S. military service - the first references to sexual orientation or gender identity in an Indiana law.

Bush, who spoke before the changes were announced, said Indiana would "probably get to that place."

He held up Utah as an example of the way Indiana could have approached the law. There, gay rights advocates and the Mormon Church negotiated a compromise that included protections for both religious beliefs and gay rights.

"They figured it out and they passed a law," Bush said, describing that approach as "consensus-oriented."

"There wasn't a bunch of, you know, yelling and screaming. That to me seems like a better approach to dealing with this," he said.

Though Bush said his remarks were not intended to criticize Indiana Gov. Mike Pence, his comments were a departure from the unconditional support he voices for Pence in an interview with conservative radio host Hugh Hewitt earlier this week.

"I think Governor Pence has done the right thing....This is simply allowing people of faith space to be able to express their beliefs. To be able to be people of conscience. I think once the facts are established, people aren't going to see this as discriminatory at all," Bush said.

Pence would go on to defend the law's intent, but call for lawmakers to amend it to clarify it could not be used to discriminate against gays and lesbians.

New Jersey Gov. Chris Christie also weighed in on the law Wednesday evening after remaining silent for a few days.

"Well, we should not have a situation where people perceive that anybody will be denied service. But, I can tell you this, I know Mike Pence, and he's got nothing but love in his heart for people and I just do not believe that in any way Mike Pence would intend for anything that happen in his state on his watch to be discriminatory towards any person," Christie said in a statement. "My guess is that he'll fix the problem and move on."