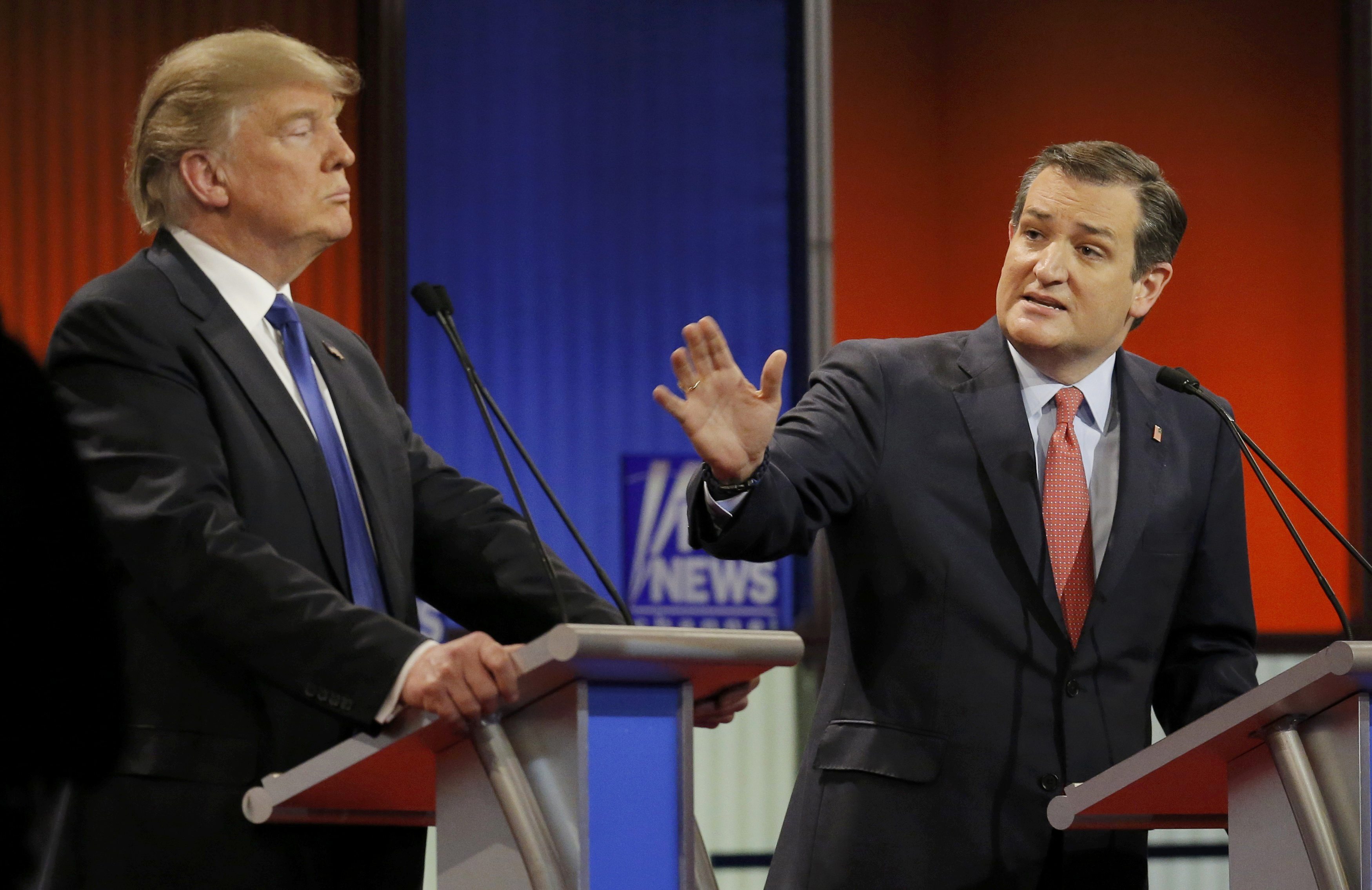 On the Republican debate stage Thursday night, Republican front-runner Donald Trump declared he was "changing" his stance on immigration, and on a separate question, he admitted he talked about immigration during an off-the-record portion of an editorial board discussion with the New York Times in January.

"I am changing it and softening the position" on visas for skilled immigrant workers, Trump said in Detroit. He added that it was because "we need talented people in this country."

When pressed about his shifting positions and whether or not he was playing to American "fantasies" about immigration, Trump responded: "I'm not playing to anybody's fantasies. I'm playing to the fact that the country's in trouble."

Trump was also questioned about an off-the-record interview with the New York Times editorial board in January, first reported by Buzzfeed News.

The conversation with the Times reportedly centered around Trump easing off his strident positions on immigration and building a wall on the U.S-Mexico.

He answered a question from Megyn Kelly about how much flexibility he'd shown to the Times editorial board on immigration.

"I think being off the record is a very important thing. I think it's a very, very powerful thing," he said. "I will say this: these three gentlemen [his remaining opponents] have gone off the record with reporters many, many times and I think they want to honor it."

He added, "I have too much respect for that process to say 'just release everything.'"