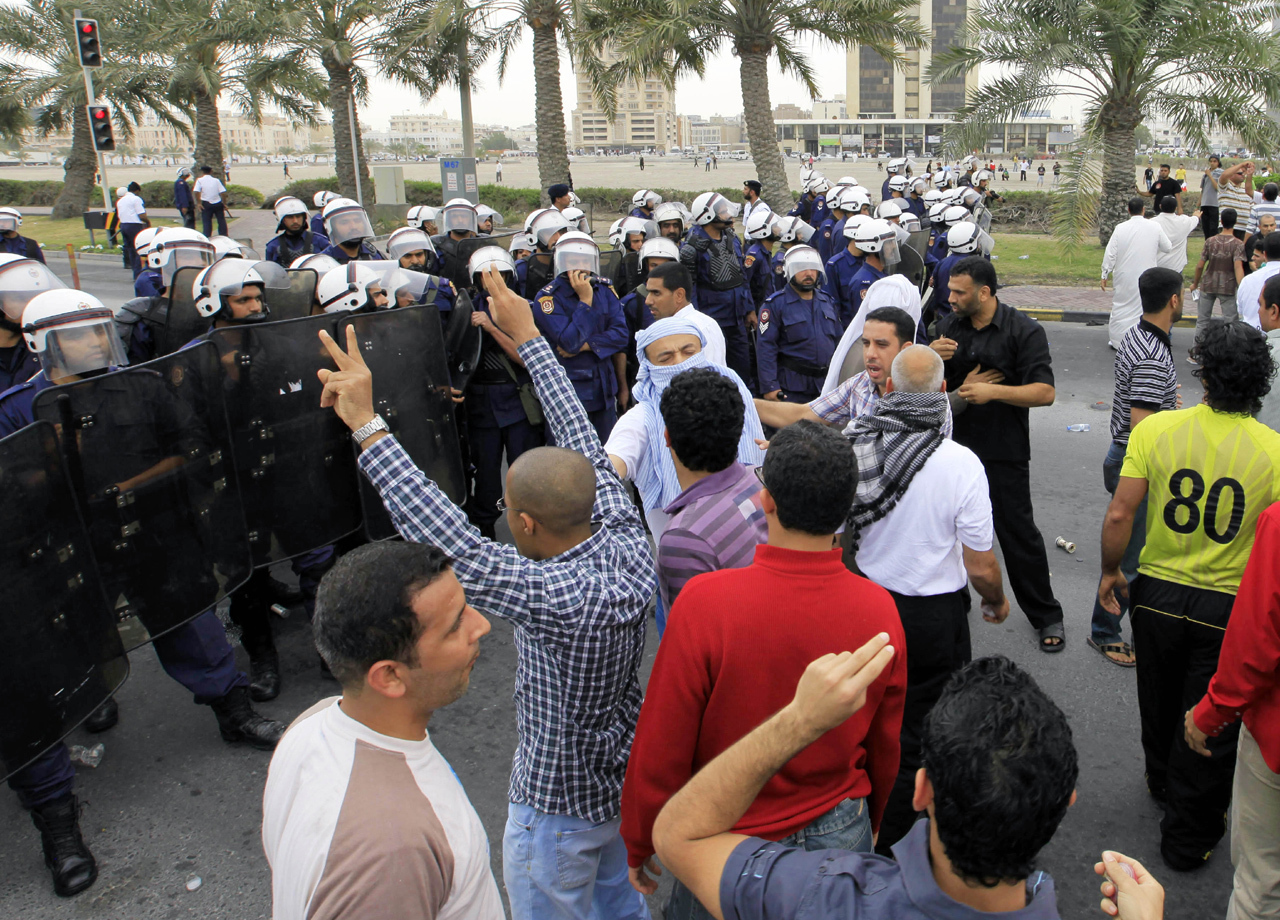 NEW YORK - The United States, Russia and many European countries that have supported the swell of protests across the Middle East and North Africa this year also supplied some of the weapons used against demonstrators, Amnesty International said in a new report Tuesday.

The report comes as the human rights group urges the U.S. Congress to block a $53 million proposed U.S. arms sale to Bahrain, where more than 30 people have been killed as the ruling Sunni Muslim monarchy has waged sweeping crackdowns against mostly Shiite Muslim protesters who have demanded greater rights.

The London-based group says its findings show the dangers involved in selling arms to repressive countries under a system that makes it difficult to tell who ends up with the weapons and how they are used.

"To the extent that arms transfers are knowingly engaged in and result in the perpetration of crimes against humanity, the transferring state also becomes responsible under international law," Sanjeev Bery, the group's Washington-based advocacy director for Middle East and North Africa, told The Associated Press.

Amnesty looked at arms transfers since 2005 to key countries rocked by protests this year: Egypt, Libya, Yemen, Syria and Bahrain. It found that the main suppliers of arms since 2005 were the U.S., Britain, Russia, Germany, Italy, France, Austria, Belgium, Bulgaria and the Czech Republic.

Amnesty said countries must tighten and increase transparency in arms export controls to avoid the risk that weapons will be used to violate human rights.

"It's precisely the wrong signal to send for the Obama administration to be on the verge of sending $53 million in weapons to a Bahrani king whose security forces have already been opening fire on peaceful protesters this year," Bery said.

In response, U.S. State Department spokesman Mark Toner said Tuesday that several procedural steps still remained before the U.S. could deliver the weapons to Bahrain. He noted the sale pertained to equipment for Bahrain's "external defense purposes" but conceded that several members of Congress were expressing concerns about the deal.

"We're going to continue to look at all the elements on the ground, including the human rights situation," Toner told reporters.

Toner declined to say if the deal could be ended by the Bahraini government's failure to implement reforms. But he said the U.S. would study an independent Bahraini report on alleged human rights violations expected to be released soon.

Britain's government last week announced plans to change arms export rules to include a mechanism allowing the immediate suspension of licenses to countries experiencing a sharp deterioration in security or stability.

"The Government is determined to learn the wider lessons of events in the Middle East and North Africa," Foreign Secretary William Hague told lawmakers in a written statement. The U.K. has said it reviewed and revoked dozens of licenses approving weapons sales to Libya, Bahrain, Tunisia and Egypt following protests in those countries.

Officials also defended current practice. "We do not export equipment where there is a clear risk it could be used for internal repression," a spokesperson for Britain's Department for Business, Innovation and Skills said on customary condition of anonymity.

The so-called Arab Spring protests across the region came largely as a surprise after, in many cases, decades of stagnant and repressive rule. After sometimes deadly crackdowns on protesters, some countries who have long supplied weapons suspended arms transfers to Egypt, Yemen, Bahrain and other states. The Amnesty report points out that the U.N. Security Council put an arms embargo on Libya and the European Union did the same against Syria.

Amnesty argues that the U.S. and others supplying weapons have long ignored the human rights violations under many of the regimes and shouldn't have sold them in the first place.

"The international community needs to know exactly what's being given to whom and exactly how it's being used," Bery said. "If not, the U.S. government should not be in the business of providing those specific weapons to begin with."