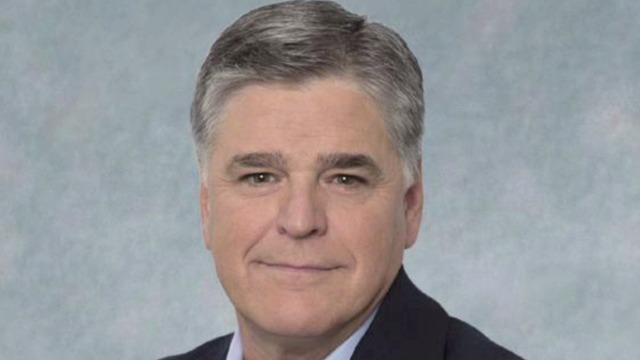 Fox News host Sean Hannity, who admitted Monday that he had sought legal advice from President Trump's personal attorney Michael Cohen, also retained the services of two other Trump-connected lawyers, according to The Atlantic.

The magazine reported on Tuesday that an Oklahoma radio station, KFAQ, received a cease-and-desist letter from Jay Sekulow and Victoria Toensing in May 2017. The two attorneys were operating on behalf of Hannity, and sent the letter in response to an accusation made against him on the station by Debbie Schlussel, a conservative activist.

Sekulow is now Mr. Trump's personal lawyer for the investigation into Russian interference in the 2016 election. Toensing and her husband, Joseph diGenova, were set to join the president's team last month until Sekulow announced they were unavailable due to "conflicts." All three lawyers are regular guests on Hannity's Fox program.

Schlussel claimed on an April 2017 KFAQ broadcast that Hannity had been "creepy" to her, and that he had invited her to his hotel room. Hannity publicly denied the allegations and said that he was considering his legal options.

"This letter provides notice that Ms. Schlussel's statements are false and defamatory," said the letter to the station from Sekulow and Toensing, a copy of which was obtained by The Atlantic. "Continued publication will result in further exposure to liability because of continued harm to Mr. Hannity's impeccable reputation."

E.W. Scripps, KFAQ's parent company, acknowledged to CBS News on Tuesday that the station had received the letter from Hannity's lawyers.

"We can confirm that KFAQ received a letter from Sean Hannity in May 2017 demanding retraction of the station's interview with Debbie Schlussel," Scripps said in a statement. "KFAQ and its parent company E.W. Scripps declined to retract any statements in the interview. We cannot provide a copy of the letter. The letter KFAQ received was not from Michael Cohen."

Hannity's was revealed as Cohen's "third client" during a court hearing in Manhattan on Monday. During his Fox show that evening, Hannity denied that he had ever been Cohen's client, but did say that they had discussed "legal questions."

"I never retained his services, I never received an invoice, I never paid Michael Cohen for legal fees," Hannity said.

Adult film actress Stormy Daniels is currently suing Cohen, who was recently the target of an FBI raid, over a non-disclosure agreement involving her claim that she had a sexual encounter with Mr. Trump over a decade ago.

On Tuesday, Fox News released a statement saying that while the network "was unaware of Sean Hannity's informal relationship with Michael Cohen and was surprised by the announcement in court yesterday, we have reviewed the matter and spoken to Sean and he continues to have our full support."

On an episode of his program that aired two days after the letter to KFAQ was sent, Hannity said that Sekulow had "done legal work for me in the past." And Toensing told The Atlantic on Tuesday that she was working as Hannity's lawyer "at that time," but would not say if he is currently her client.

"I've just learned in the press that anybody who is Sean Hannity's lawyer is going to be blasted so I think this phone call is over," Toensing told the magazine. "I'm wondering what attorney-client privilege means to anybody. I don't say who my clients are, sometimes I do, and many times, most of the time, I do not."