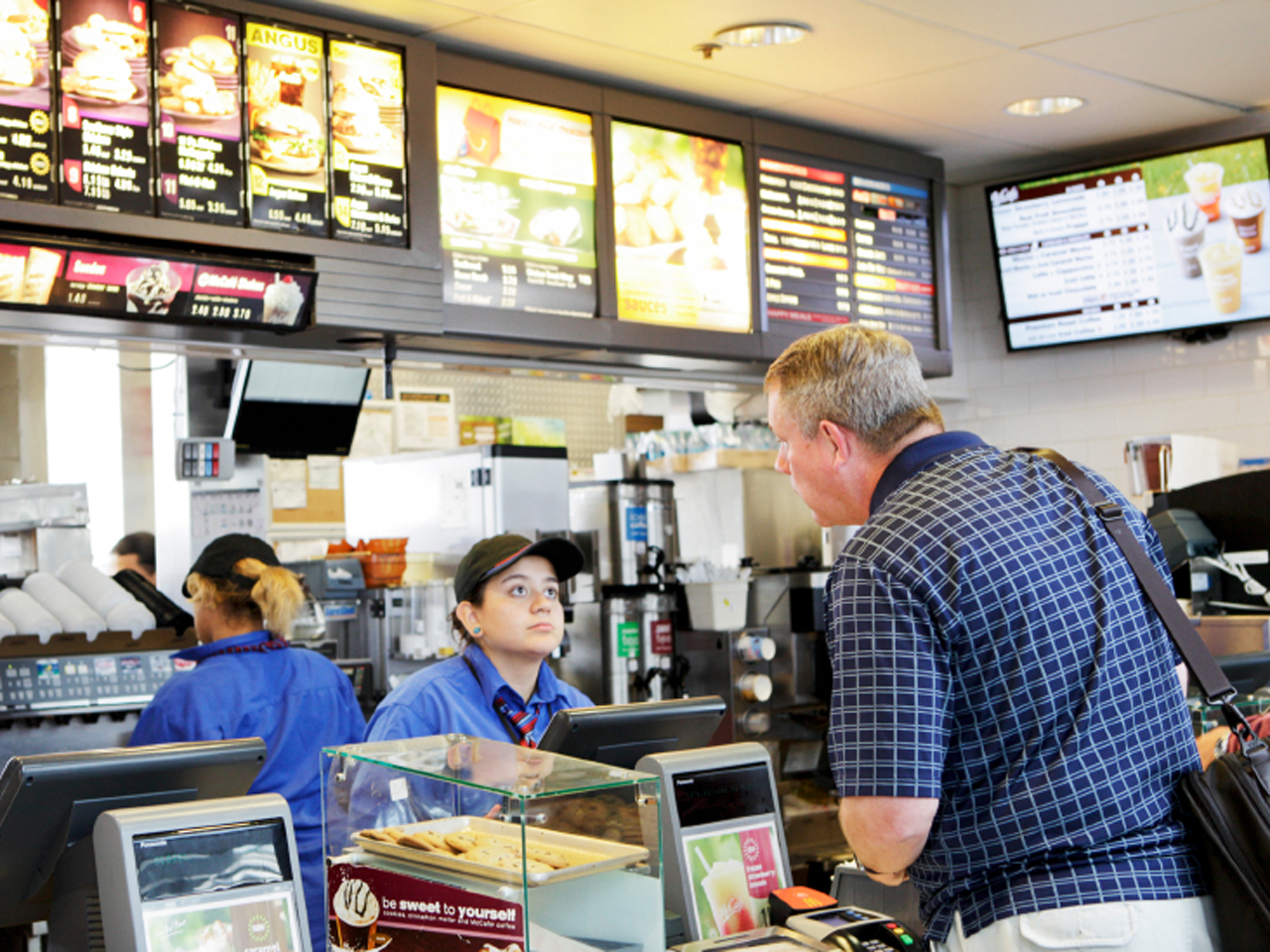 Chain restaurants aren't getting any healthier despite claims to the contrary, a new study shows.

The overall calorie and sodium levels in the main entrees in top U.S. chain restaurants did not change from 2010 to 2011, the study published in the Journal of the Academy of Nutrition and Diabetes on Oct. 1 revealed.

"Across the restaurant industry, we see a pattern of one step forward, one step back," co-author Helen Wu, a policy and research analyst at the Institute for Population Health Improvement at UC Davis Health System, said in a press release. "Restaurants make changes to their menus regularly, but they may make both healthy and unhealthy changes simultaneously. This study provides objective evidence that overall, we did not see a new wave of healthier entrees come in to replace less healthy ones."

About 82 percent of adults eat out once a week, according to the researchers. The Centers for Disease Control and Prevention estimate that 11.3 percent of daily calories consumed by adults come from fast food alone.

The new study looked at more than 26,000 regular menu entrees that were served in 213 major U.S. chain restaurants in 2010 and 2011, the year after some establishments began implementing menu labeling. Some of the restaurants had children's menus as well.

The average entree in 2010 contained 670 calories. That calorie count went unchanged in 2011. Sodium levels went from 1,515 milligrams per menu item to 1,500 milligrams in the same time frame.

Items served at family-style restaurants in the top 75th percentile of sodium content were 70 milligrams lower on average by 2011 than the previous year. However, these items still had too much sodium for anyone who was paying attention to their sodium intake, according to the authors.

There were not many calorie differences even among entrees that were added or reformulated between the study period.

"Consumers need to be aware that when they step into a restaurant, they are playing a high-stakes game with their health by making dietary choices from menus that are loaded with high-calorie, high-sodium options," Wu said. "This is a game that health-conscious consumers have a very low chance of winning, given the set of menu offerings available in U.S. chain restaurants today."

The researchers called for more longer-term studies after the menu labeling requirement is mandated. They also wanted people to think of more ways to help promote nutrition at restaurants.

Joy Dubost, the National Restaurant Assn.'s director of nutrition, told the Los Angeles Times that there were problems with the study's methodology, and a year is too short to track changes. She recognized though that companies have to work to lower calories and sodium.

"Some of these commitments have to take time to ensure you are bringing the consumer along," she said. "Ultimately, they're the ones who will dictate what's on the menu."

A 14-year study this May also revealed that U.S. fast food restaurants have made minimal improvements to the nutritional value of menu items. Other research has shown that a single meal from an independent or small chain restaurant may contain as much as 66 percent of an adult's estimated daily caloric intake.

The Center for Science in the Public Interest added in a 2013 report that 91 percent of kids' meals at 34 top chains do not meet a single standard set by the National Restaurant Association's voluntary Kids LiveWell program.

How to talk to your kids about school violence
Michelle Castillo