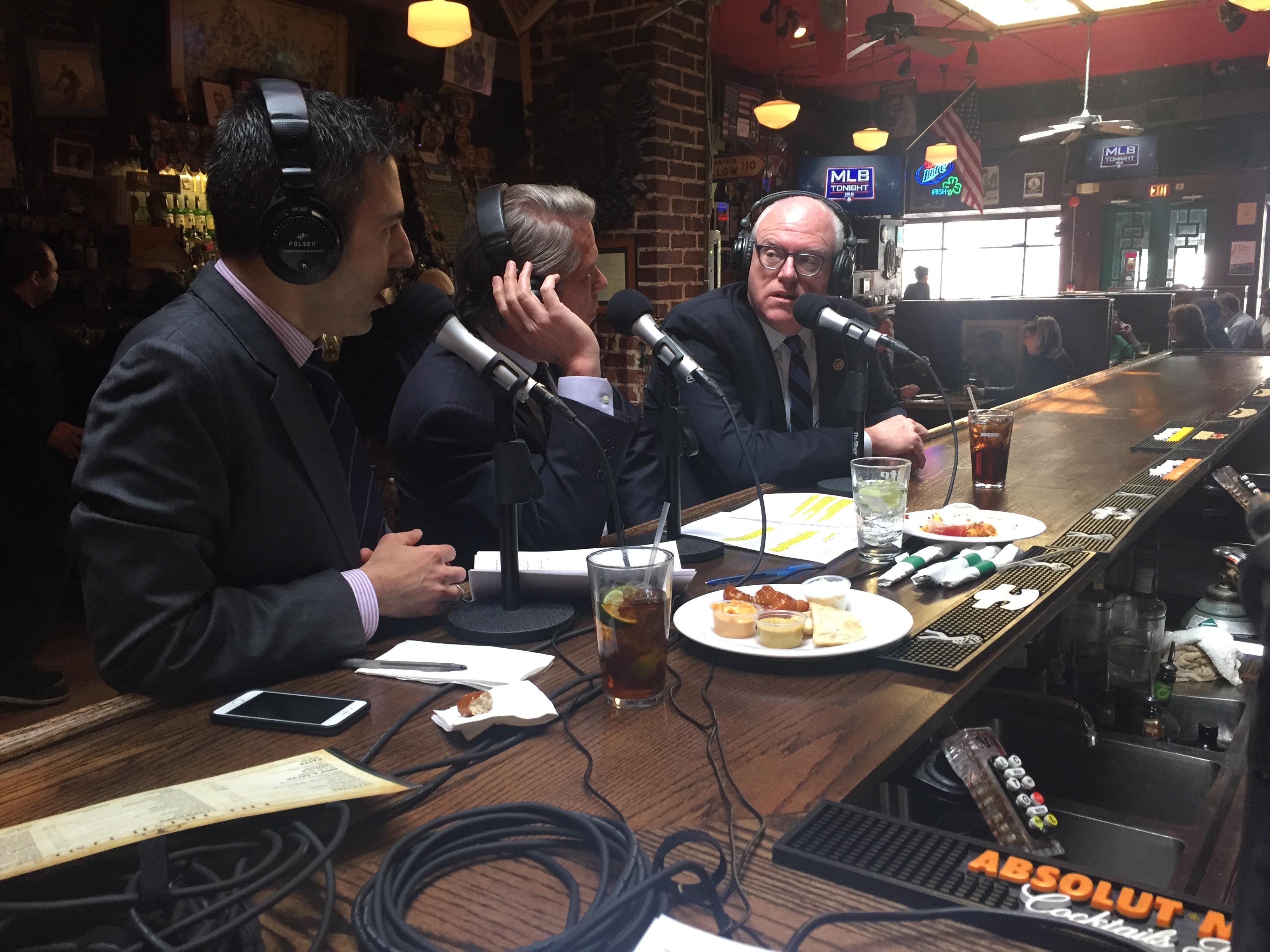 New York Congressman Joe Crowley, D-N.Y., thinks no matter what the future of the Republicans’ American Health Care Act legislation holds, the onus is on the GOP to accept both the positives and negatives of whatever changes, if any, are ultimately made to Obamacare.

“They never expected to have the presidency -- to have the majorities that they have in both houses now and be able to do this, and I think that’s why they’re befuddled,” he said on an episode of “The Takeout” podcast.

Crowley joined CBS News Chief White House Correspondent Major Garrett and Senior Political Editor Steve Chaggaris for lunch at Kelly’s Irish Times, a Capitol Hill pub that welcomes patrons with a sign that reads, “Give me your thirsty, your famished, your befuddled masses.”

“They should be all here today because the reality is, they own this puppy. It’s theirs now. Once they’ve taken the steps they have to – they really own this thing now.”

By Thursday, CBS News counted over 30 House Republicans who opposed the American Health Care Act in its current form, suggesting the legislation would die on the House floor, given that Republicans could only afford to lose 22. They were to vote Thursday night, but lacking the necessary support, leaders postponed the vote until Friday.

The intra-party fighting over what actions Republicans should take to replace former President Obama’s 2010 healthcare legislation is not the only “befuddled” topic for Crowley this week.

“I think that Devin Nunes had a really bad week, initially, that just got worse for him.”

Nunes (R-CA), who chairs the House Intelligence Committee, shocked lawmakers and confused Hill reporters when he announced at an impromptu press conference Wednesday he had seen about a dozen intercepted communications involving members of the Trump transition team. According to Nunes, communications by Trump associates, and possibly the president himself, were picked up “incidentally” in a broader surveillance effort. He took the uncommon step of briefing the press before the White House, and before members of his own committee, which he later apologized for.

A few weeks ago, President Trump posted a series of tweets accusing President Obama of wire-tapping his campaign offices at Trump Tower just before the 2016 election. So far, the FBI, NSA and even Nunes himself, have said they know of no evidence to back up that claim.

“In many respects he has really questioned his authority as chairman of that committee,” Crowley said of Nunes.

But he saved his harshest words for the president and his original wire-tapping claim.

“He has no boundaries. I don’t think he really has a sense of what’s true. What’s true is his reality and no one else’s reality,” Crowley said. “I think that really came through solidly in terms of when he accused the president (Obama) of wiretapping.”