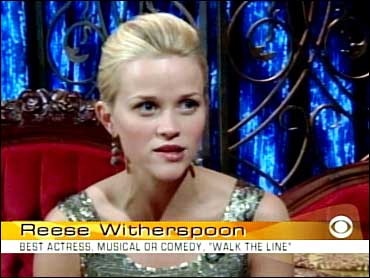 "They are like the king and queen of Nashville in the music industry," Witherspoon observed to The Early Show co-anchor Julie Chen backstage, after the big night. "So, I just talked to a lot of people and that made me feel more comfortable, and I got to meet with her family, who were incredibly helpful and supportive.

"They just told me she was the kind of woman that could have lunch with the postman and have just as good a time as dinner with the queen. And she was such an open person and such a loving, warm, spiritual woman, and just really happy."

When Witherspoon signed to do the movie, she thought she would be lip-synching to Carter's voice, but that quickly changed.

She confirmed to Chen that she tried to get out of her commitment when she found out she had to do your own singing.

But, she adds, she's certainly happy she couldn't get out: "I'm glad that the director, and T-Bone Burnett, who did all the music on the film, really pushed me forward. I was really inspired by (co-star) Joaquin (Phoenix), too, 'cause he just threw himself into it and didn't fuss about it. and just really tried really hard to just become Johnny (Cash)."

Witherspoon told Chen she went to performing arts camp as a youngster and, while praised for her acting skills, was told never to sing again: "It was embedded in mind, at that moment, that I was to never sing again. And so when I found out I was singing, I was terribly intimidated, and to overcome that fear, that I sort of took to heart, was really a big accomplishment for me."

When Chen remarked that playing Carter was a departure from the lighter roles Witherspoon usually plays, Witherspoon reflected, "I love comedy, I love drama. I love everything, you know. I feel lucky that maybe it opens people's minds to what I'm capable of doing, hopefully."

"I truly am surprised," he told Chen. "I thought that it was going to be one of those embarrassing nights of going home, (telling myself), '(At least) you were nominated!' "

Clooney says the film asks a lot of difficult questions.

"I don't think you're supposed to have to understand it all," Clooney says. "When someone you know, (CBS President and CEO, and Chen's husband) Les Moonves and I were at a test screening of "ER" and no one knew what super-ventricular-tachyarythmia meant, but they got it. They understood the rest of the show. It made sense to them. So, I think the idea (with Syriana) is you start to understand the rest of it."

Clooney was also among the directing nominees for the Edward R. Murrow bio-pic, "Good Night and Good Luck."

"Do you feel more skilled as an actor or as a director?" Chen asked Clooney.

"Do you feel like you're still learning as an actor?"

"Oh, sure. If you stop learning, then you're done."

Clooney was also nominated for writing the screenplay of "Good Night and Good Luck."

Chen says he'll be a frontrunner in all three categories at the Oscars, an awards show Clooney has never attended because, she points out, he's never been nominated. 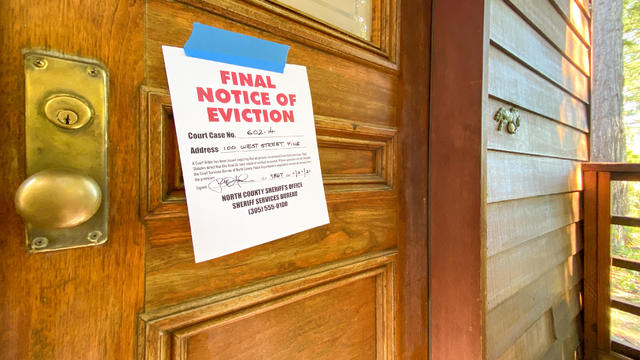 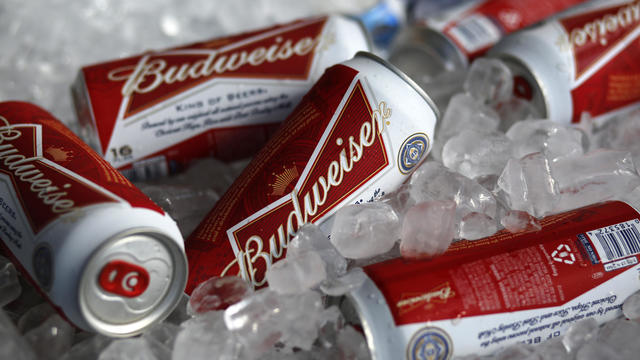 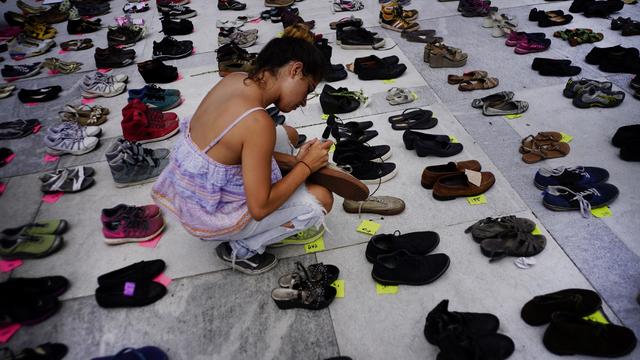 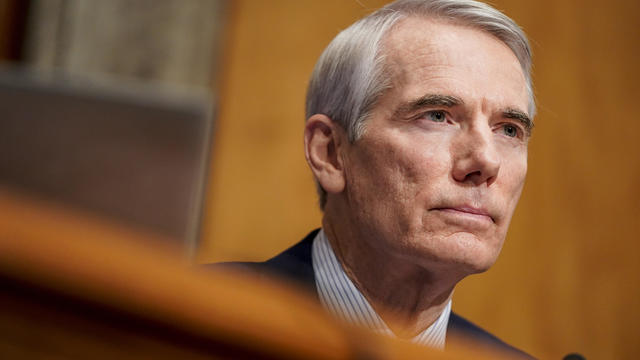 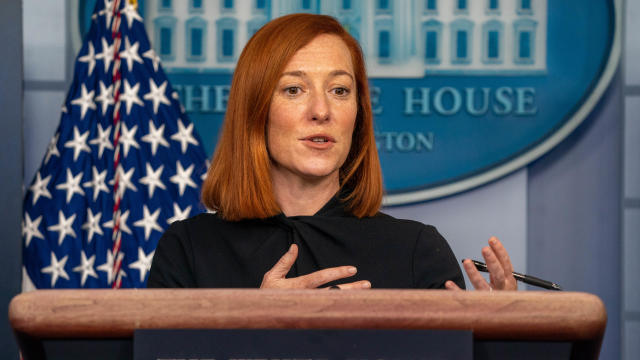 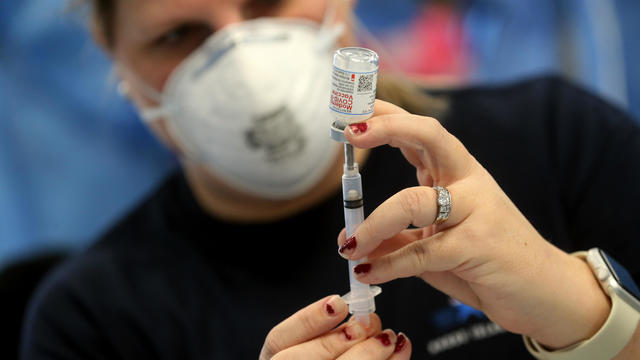