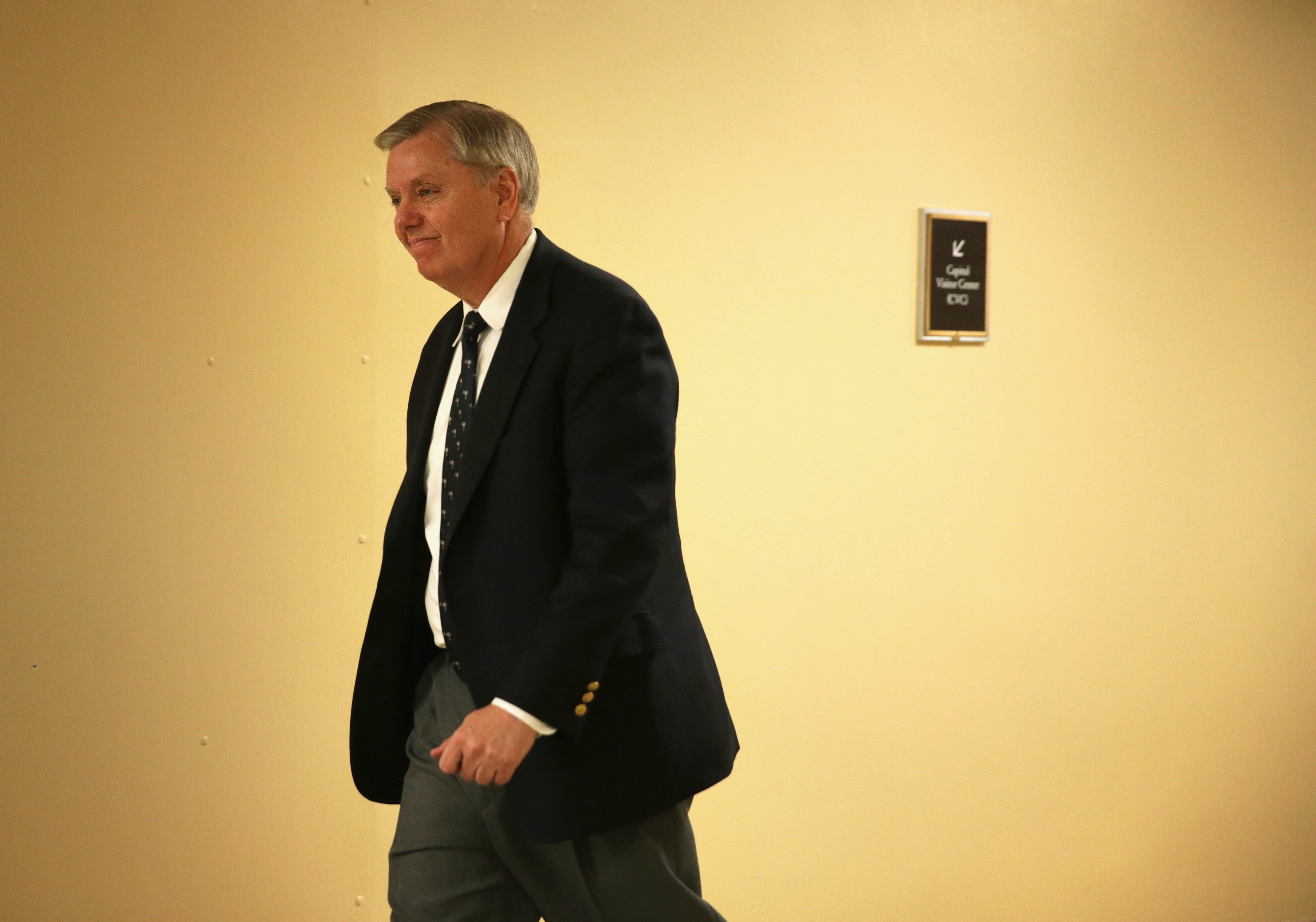 With the filing period officially over in South Carolina, two-term Republican Sen. Lindsey Graham stands to face six opponents in the state's June 10 primary. And so far, things are looking up.

That wasn't the case just last fall, when a Clemson University Palmetto Poll of Republican voters showed that only 31 percent of respondents said they would vote to re-elect him regardless of his potential challengers. Strong incumbents usually fall in the mid- to high-30 percent rage, said Clemson political science professor David Woodard, who conducted the poll (he also worked for Graham as a political consultant years ago).

Since then, Graham has taken strides to shore up his support in South Carolina, relying heavily on his hefty war chest - he finished 2013 with $7.6 million in the bank - to shape the message in the Palmetto State.

"It's been interesting having six opponents but he's got a decent war chest and he's not afraid to use it," said Chip Felkel, a South Carolina Republicanpolitical consultant. Some of the challengers, "started off with a little bit of a flurry only because it was somebody challenging a sitting U.S. senator," he added.

His Republican challengers include Columbia pastor and former attorney Det Bowers, state Sen. Lee Bright, businessman Richard Cash, attorneys Bill Connor and Benjamin Dunn, and PR executive Nancy Mace. None have the fundraising prowess that Graham does, and don't have nearly the resources to get out a message. None of the GOP super PACs that could match Graham's money have stepped up to back a challenger.

"None of his opponents seem to have gotten much traction and what traction they have gotten has been within that own universe of the 25 percent or so that can't stand [Graham]," Felkel said. That has led to some infighting among Graham's opponents.

As Woodard describes it, no one has "caught fire yet" and rallied Graham's opponents around one candidate.

By February 2014, Graham had 45 percent support among likely Republican primary voters, according to a Winthrop University poll (Bowers and Dunn had not yet filed to run, and were not included). His challengers' percentages of support ranged from 2.9 to 8.5 percent, and 35 percent of voters were still undecided.

The biggest challenge for Graham at this point seems to be clearing the threshold of 50 percent support he will need to avoid a runoff. It's a feat that Woodard said he wouldn't have thought possible last fall, but looks increasingly likely nowadays - especially if he only needs to pick up 5 percent more supporters out of a pool of 35 percent of uncommitted voters. Felkel says it is likely he will draw some independent voters, especially since he is known in the state as the kind of lawmaker who can work with others in Washington.

"He will just have such an effective driving media campaign, and nobody else will be able to match him," Woodard said. Even if his opponents do start advertising in the final week of the campaign, they'll be competing with a message Graham has "burned" into voters for months.

"There's no way that they'll ever get through the noise," Woodard said.

Graham is hardly the only prominent Senate Republican to face a primary challenge this cycle. The most prominent example is Minority Leader Mitch McConnell, R-Ky., who is fending off a primary challenge from businessman Matt Bevin. He faced some criticism back home for his work on immigration reform in the Senate, but has kept up a steady drumbeat against the administration for Obamacare and the response to the attack on a U.S. diplomatic compound in Benghazi, Libya, two issues that fire up the conservative base.

There are two other candidates in the Democratic primary, State Sen. Brad Hutto and businessman Jay Stamper. Neither seems like a serious threat.

"I think he'll weather the storm," Felkel said, likening the campaign to, "a nice thundershower, not a hurricane."