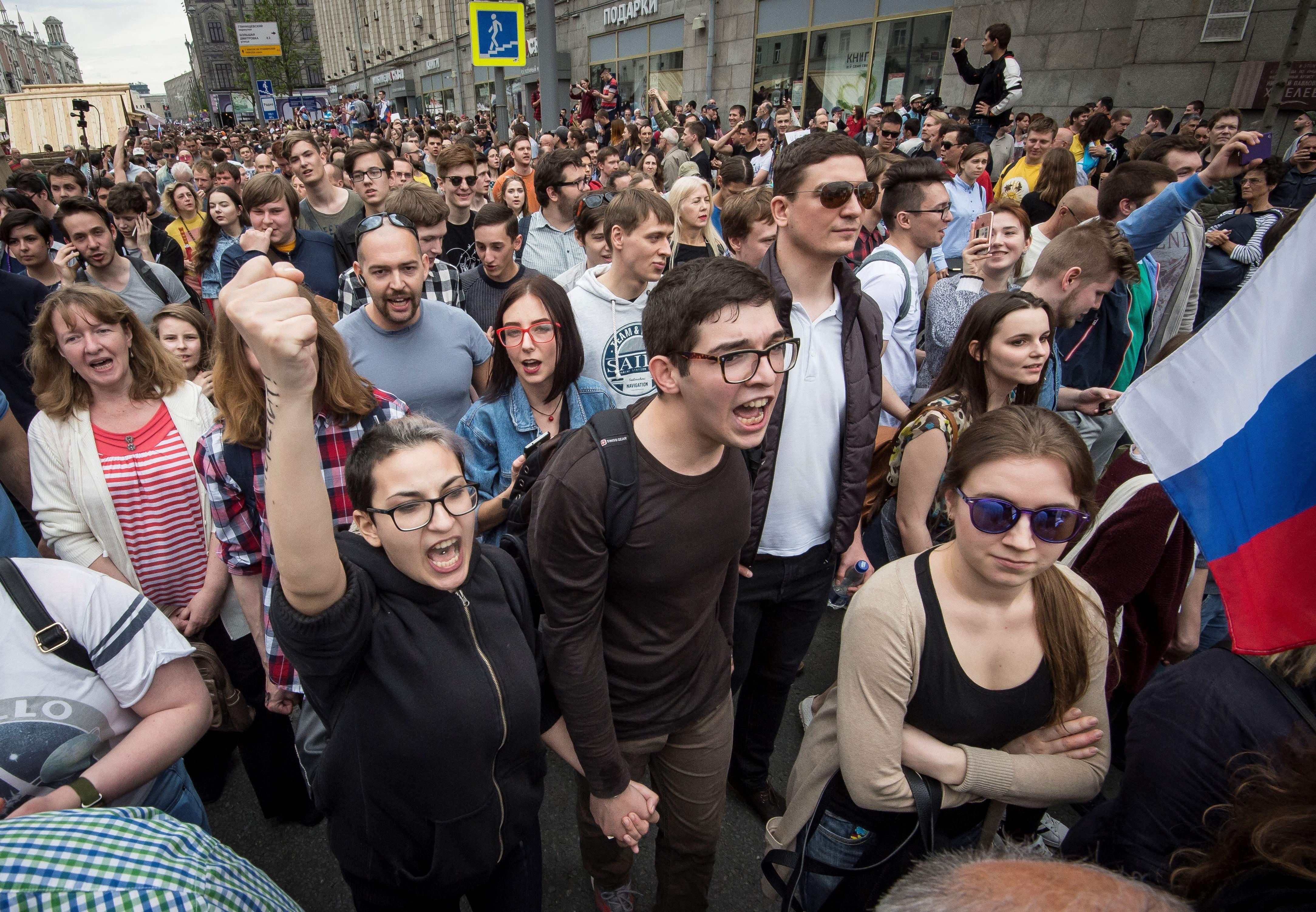 MOSCOW -- Russian police on Monday hauled away one of President Vladimir Putin's political rivals -- just as he was about to lead a protest against government corruption.

Tens of thousands of people still took to the streets, and more than 1,500 were arrested.

That is exactly what the government was trying to head off when it banned the protest from Moscow's city center. But huge crowds of demonstrators ignored the ban and crashed the country's national holiday celebration, chanting, "Putin is a thief."

Dozens were arrested and thousands stood their ground.

There was a standoff at the front line of the protests. Demonstrators managed to get into an area that was specifically banned to them, then the riot police showed up and tried to stop anyone else from joining the mass of protesters.

Police arrested the populist leader of the movement, Alexei Navalny, outside of his home before he could go anywhere.

But across Russia more than 100 protests inspired by him went ahead. One protest in Vladimir, located 150 miles west of Moscow, drew a crowd that didn't look like much, but it still was a triumph.

Organizers and their own promotional booth had been banished to a remote parking lot by hostile local government.

Danil Beylakov, who's 15, was helping spread the word. "Russia is an authoritarian regime, and I want to change it into a Democracy," he said.

It's a tall order but there's no question Navalny has touched a nerve.

A protestor being led away by the police on Monday summed it up. "Russia," he said, "will be free."

Navalny -- who sent all this in motion -- was whisked through his court hearing on Monday and he's been handed a sentence of 30 days.