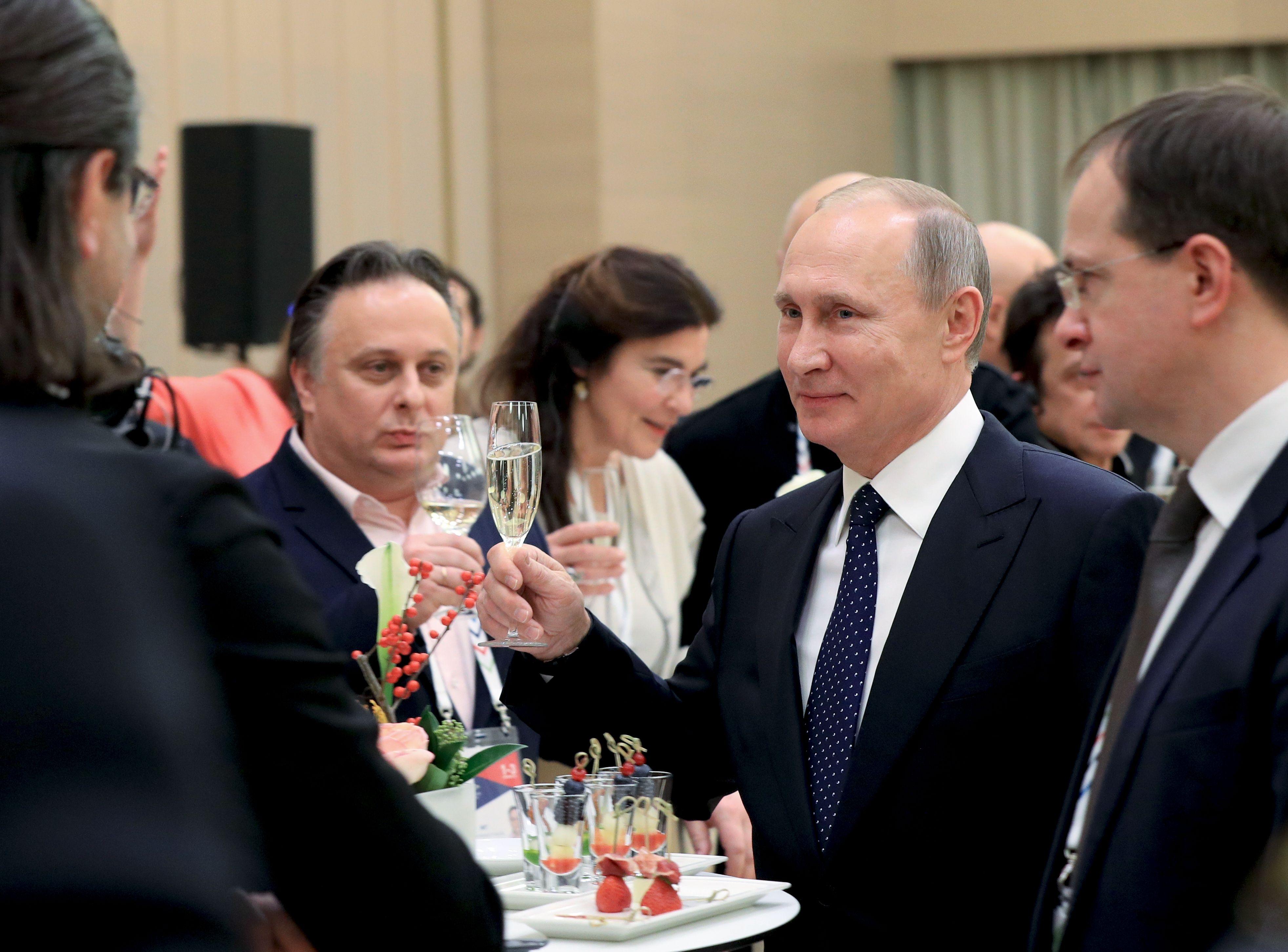 MOSCOW - Russian President Vladimir Putin said in an interview to be aired Sunday that he is confident that President-elect Donald Trump will soon realize the level of responsibility his job entails.

Despite Trump’s pro-Russian statements during the campaign, Russian politicians are concerned about reports that Mr. Trump is considering Mitt Romney, known for his harsh stance on Russia, to be his secretary of state.

Additionally, the president-elect has caused concern in Asia over his phone call with the leader of Taiwan, potentially upsetting long-standing relations with China.

Putin said in an interview with the NTV channel to be broadcast later on Sunday that he is confident Trump will make responsible choices.

“Trump was an entrepreneur and a businessman. He is already a statesman, he is the head of the United States of America, one  of the world’s leading countries,” NTV quoted Putin as saying in the interview on www.ntv.ru on Sunday.

“Because he achieved success in business, it suggests that he is a clever man. And if (he is) a clever man, then he will fully and quite quickly understand another level of responsibility. We assume that he will be acting from these positions,” Putin said.

The controversial Russian president has said previously he believes Mr. Trump can help improve Russia-U.S. relations. His recent vote of confidence comes amid deep anxiety all over the world related to the changes a Trump administration will bring with it.

Russia’s government denies that it tampered in the U.S. election or even took sides. But now that the results are in, members of President Vladimir Putin’s United Russia party aren’t holding back.

“It turns out that United Russia won the elections in America,” Viktor Nazarov, the governor of Omsk, Russia, declared in a radio interview.

Long before Donald Trump was on the radar of American voters, Russia had deep interests in the outcome of elections around the world. But 2016 presented a unique window.

Motivated by years of crippling economic sanctions and decades of post-Soviet setbacks, the Russians were keener than ever to pounce; the race for the White House, plagued by party infighting and scandal, was easy bait.

For Putin, sanctions relief is a gateway to the ultimate goal of establishing Russia as the political and economic equivalent of the United States. Mr. Trump, who has extolled Putin’s leadership and called for a tempered approach to U.S.-Russia relations, may be a conduit to achieving that.