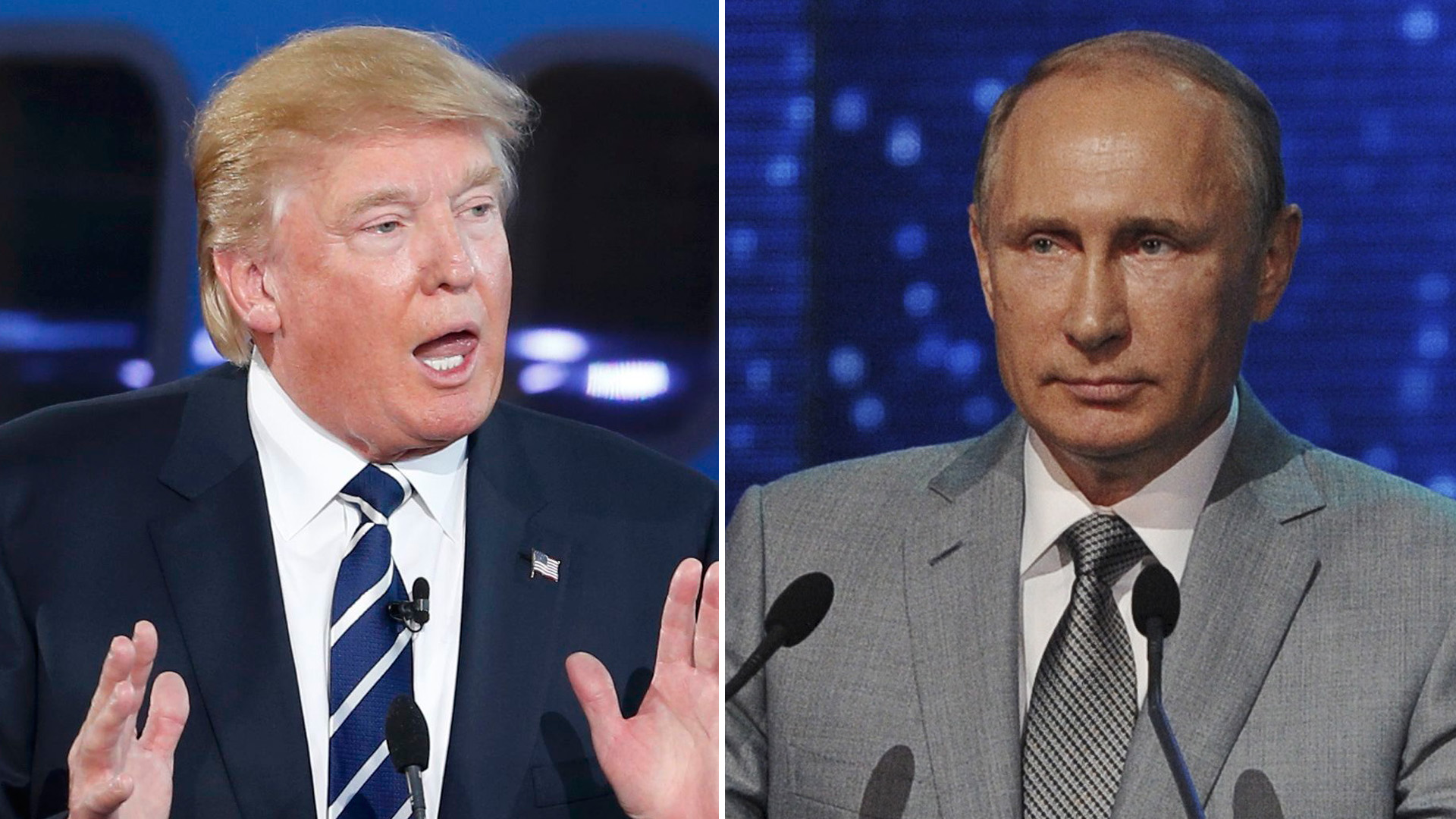 WASHINGTON -- Russia’s government denies that it tampered in the U.S. election or even took sides. But now that the results are in, members of President Vladimir Putin’s United Russia party aren’t holding back.

“It turns out that United Russia won the elections in America,” Viktor Nazarov, the governor of Omsk, Russia, declared in a radio interview.

Long before Donald Trump was on the radar of American voters, Russia had deep interests in the outcome of elections around the world. But 2016 presented a unique window.

Motivated by years of crippling economic sanctions and decades of post-Soviet setbacks, the Russians were keener than ever to pounce; the race for the White House, plagued by party infighting and scandal, was easy bait.

For Putin, sanctions relief is a gateway to the ultimate goal of establishing Russia as the political and economic equivalent of the United States. Mr. Trump, who has extolled Putin’s leadership and called for a tempered approach to U.S.-Russia relations, may be a conduit to achieving that.

“It’s much more about institutions, not about personalities,” said Robert Amsterdam, an international attorney who has a number of high-profile Russian clients. Putin “was seriously impacted by the sanctions because it targeted his closest friends and now they think Trump is going to change that.”

U.S. intelligence agencies said in October they are confident that the Russian government hacked the emails of U.S. citizens and institutions, including political organizations, and handed them over to DCLeaks.com and WikiLeaks for distribution. Hacked Democratic National Committee emails in July, indicating that DNC leaders were favoring Hillary Clinton over Sen. Bernie Sanders in the primaries, prompted the resignation of chairwoman Debbie Wasserman Schultz.

Russia has sought to put itself on an equal footing with the U.S. since the collapse of the Soviet Union, extending its territory where it can, countering U.S. military action and positioning itself as a rival to the world’s biggest economy.

But its ambitions suffered a setback in 2014 when the Obama administration authorized sanctions against sectors of the Russian economy, including financial services, energy, mining and defense. The administration also sanctioned people in Putin’s inner circle accused of undermining peace in Ukraine. Add to that falling oil prices and a weak ruble, and Russia’s economy was shackled.

The impact has been extensive. Russia’s sovereign wealth fund had $87 billion in assets in December 2013, according to the Russian Finance Ministry. As of June 1, it was down to $38 billion, following sell-offs by the Russian government to make up for budget deficits. U.S. trade with Russia tumbled to $23 billion in 2015, from about $34 billion the previous year.

Sanctions that impede Russia’s ability to acquire equipment for Arctic offshore drilling are of particular concern because they hold the key to Russia’s rapid expansion in that sector.

“Lifting restrictions on exports of technology, software, things that really help their energy industry extract oil and gas” would be the top priority, said Boris Zilberman, a Russia expert at the Center on Sanctions and Illicit Finance at the Foundation for Defense of Democracies.

“Production is dwindling over time, so they’re going into new, offshore, deep-water drilling in the Arctic and so on, and to do that, they really need Western technology,” he said.

Sanctions relief is important to Russia’s broader objective of superpower status, shown by its bullish Syria policy. Syria’s Russian-backed military made major gains in rebel-held eastern Aleppo in recent days and rebel resistance appeared to be crumbling. While Moscow and Washington are continuously at odds over Syria, the Obama administration has not imposed any Syria-related sanctions.

Mr. Trump’s promise of closer cooperation with Russia has created worries that the U.S. will have diminished leverage. He said during the campaign that under his leadership the U.S. might not come to the defense of some NATO members if Russia were to attack them, indicating he would make that decision based on whether those Baltic republics “have fulfilled their obligations to us.”

But Mr. Trump’s positions are hard to assess because he’s often stepped away from his more controversial proposals. Mr. Trump’s choice as defense secretary, retired Gen. James Mattis, has called Russia’s aggression in Ukraine a problem “much more severe, more serious” than Washington and the European Union are treating it.

Putin and Mr. Trump spoke soon after his victory and a statement from Mr. Trump’s transition team said the president-elect told Putin he looked forward to “a strong and enduring relationship.” Observers caution that Putin’s interests are self-motivated and Russia’s incentive to interfere in U.S. politics won’t go away with Trump’s victory.

“It’s not that Putin is against the Democratic Party,” Zilberman said. “He’s more against the United States and (for) whatever may push Russian interests.”

He added: “There’s nothing saying that next time they won’t hack Republicans and expose Trump administration emails if it benefits them.”