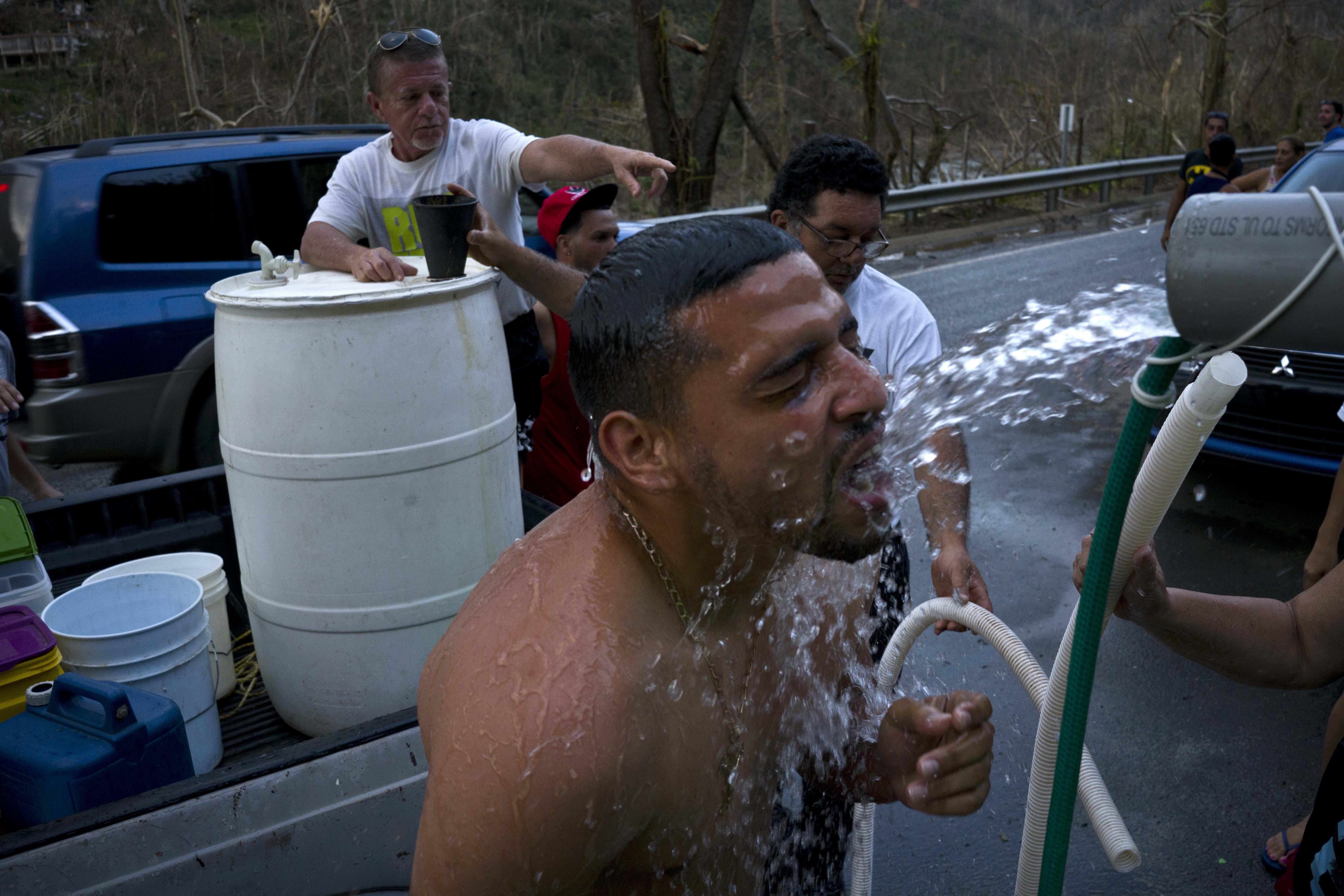 A total of 10 people have come down with suspected cases of leptospirosis, Gov. Ricardo Rossello said at a news conference.

On a U.S. territory where a third of customers remain without running water three weeks after the hurricane, some became ill after turning to local streams to relieve their thirst.

Jorge Antonio Sanyet Morales, a 61-year-old bus driver, took a drink from a stream near his concrete home on a hillside in Canovanas a week after the Sept. 20 storm. He then developed a fever, his skin turned yellow and within a week, he died at a hospital in Carolina, according to his widow, Maritza Rivera.

Dr. Juan Santiago said Sanyet was among five patients who came in his emergency clinic last week with similar symptoms after drinking from streams in Canovanas and Loiza.

The water was still not running at Sanyet's house this week, but Rivera, said she and her family were drinking only bottled water, including some delivered by the town. Her husband was the only one who drank from the stream, she said.

"He was a friend to everyone," Rivera said. "I don't know how I'll face everything without him."

At least 45 deaths in Puerto Rico have been blamed on Hurricane Maria, which tore across the island with 150 mph winds. Ninety percent of the island is still without power and the government says it hopes to have electricity restored completely by March -- still five months away.

Puerto Rico Secretary of State Luis G. Rivera Marín told CBS News correspondent David Begnaud that officials have been working to deliver clean water supplies to parts of the island that are hard to reach amid all the damage.

Begnaud reports drinking water is so scarce in some areas that there are accounts of people trying to tap into wells at hazardous waste sites where the water is toxic.

Leptospirosis is not uncommon in the tropics, particularly after heavy rains or floods. Rossello said the symptoms can be confused with those of other illnesses, including dengue, and the Centers for Disease Control and Prevention was helping to investigate.

Dr. Robert Glatter, an emergency physician at Lenox Hill Hospital in New York City said leptospirosis can also mimic the flu. This can sometimes make it difficult to diagnose in the early stages, which can have deadly consequences.

"If a patient doesn't recover after the initial phase, it's possible to develop kidney or liver failure, as well as meningitis during a more dangerous secondary phase," he said. "It can be fatal in more severe or prolonged cases."

Symptoms can begin in as little as two days or as long as four weeks after exposure.

Two of the deaths were in Bayamon, and one each in Carolina and Mayaguez. Other patients have been receiving treatment with antibiotics.

Rossello said that fliers with instructions on how to disinfect water will be sent to mayors for distribution with food supplies in towns across Puerto Rico.

The Health Department and the U.S. military also will be distributing pills to purify water, he said.