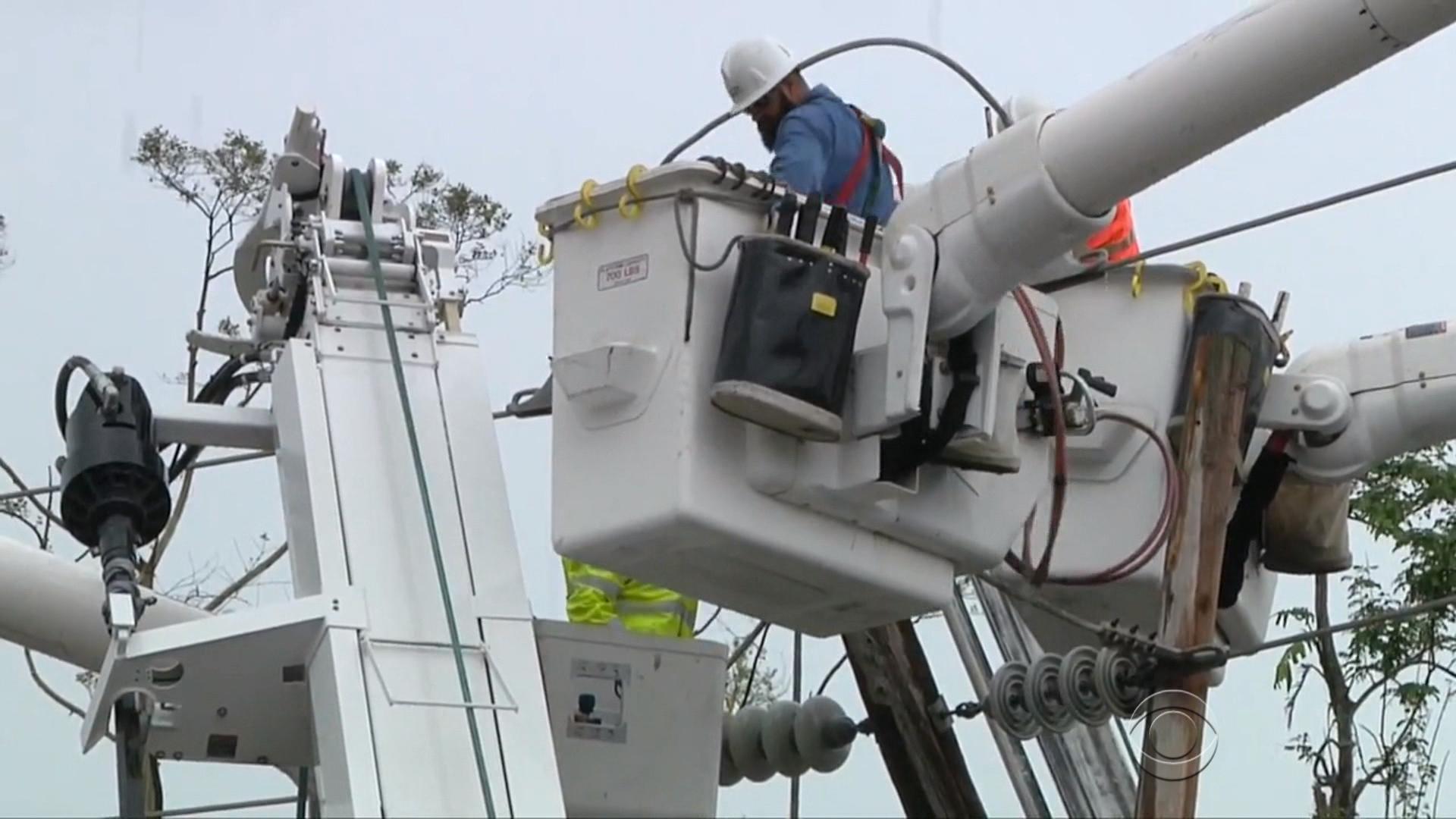 "There cannot be any kind of distraction that alters the commitment to restore electrical power as soon as possible in Puerto Rico," Rossello said, adding that nearly $8 million has been paid to Whitefish so far.

Rossello said he has requested that crews from New York and Florida come help restore power in Puerto Rico as he criticized the U.S. Army Corps of Engineers for not meeting its goals. The agency could not be immediately reached for comment.

Audits of the Whitefish contract at a local and federal level are ongoing, and the governor also announced the appointment of an outside coordinator to oversee the power company's purchase and contracting division.

"If something illegal was done, once again, the officials involved in that process will feel the full weight of the law, and I will take administrative actions," Rossello said.

The company has only two full-time employees, and many were surprised when it received the big contract to help rebuild Puerto Rico's electrical grid in the aftermath of Hurricane Maria. Whitefish has never worked on a project of that size.

Power company Director Ricardo Ramos has said that Puerto Rico's Electric Power Authority reached a deal with Whitefish just days before the hurricane struck, saying that he spoke with at least five other companies that demanded similar rates, in addition to a down payment the agency did not have. Ramos also said the Federal Emergency Management Agency had approved of the deal, something the agency has denied.

FEMA said it has not approved any reimbursement requests from the power company for money to cover repairs to the island's electrical system. The contract said the utility would not pay costs unallowable under FEMA grants, but it also said, "The federal government is not a party to this contract."

FEMA has raised concerns about how Whitefish got the deal and whether the contracted prices were reasonable. The two-year-old company had just two full-time employees when the storm hit, but it has since hired more than 300 workers.

A Whitefish contract obtained by The Associated Press found that the deal included $20,277 an hour for a heavy lift Chinook helicopter, $650 an hour for a large crane truck, $322 an hour for a foreman of a power line crew, $319 an hour for a journeyman lineman and $286 an hour for a mechanic. Each worker also gets a daily allowance of $80 for food, $332 for a hotel room and $1,000 for each flight to or from the mainland.

"I had absolutely nothing to do with Whitefish Energy receiving a contract in Puerto Rico," Zinke recently said in a statement linked to a tweet. "Any attempts by the dishonest media or political operatives to tie me to awarding or influencing any contract involving Whitefish are completely baseless."

Roughly 70 percent of Puerto Rico remains without power more than a month after the deadly hurricane struck the U.S. territory on Sept. 20 as a Category 4 storm with winds of up to 154 mph.