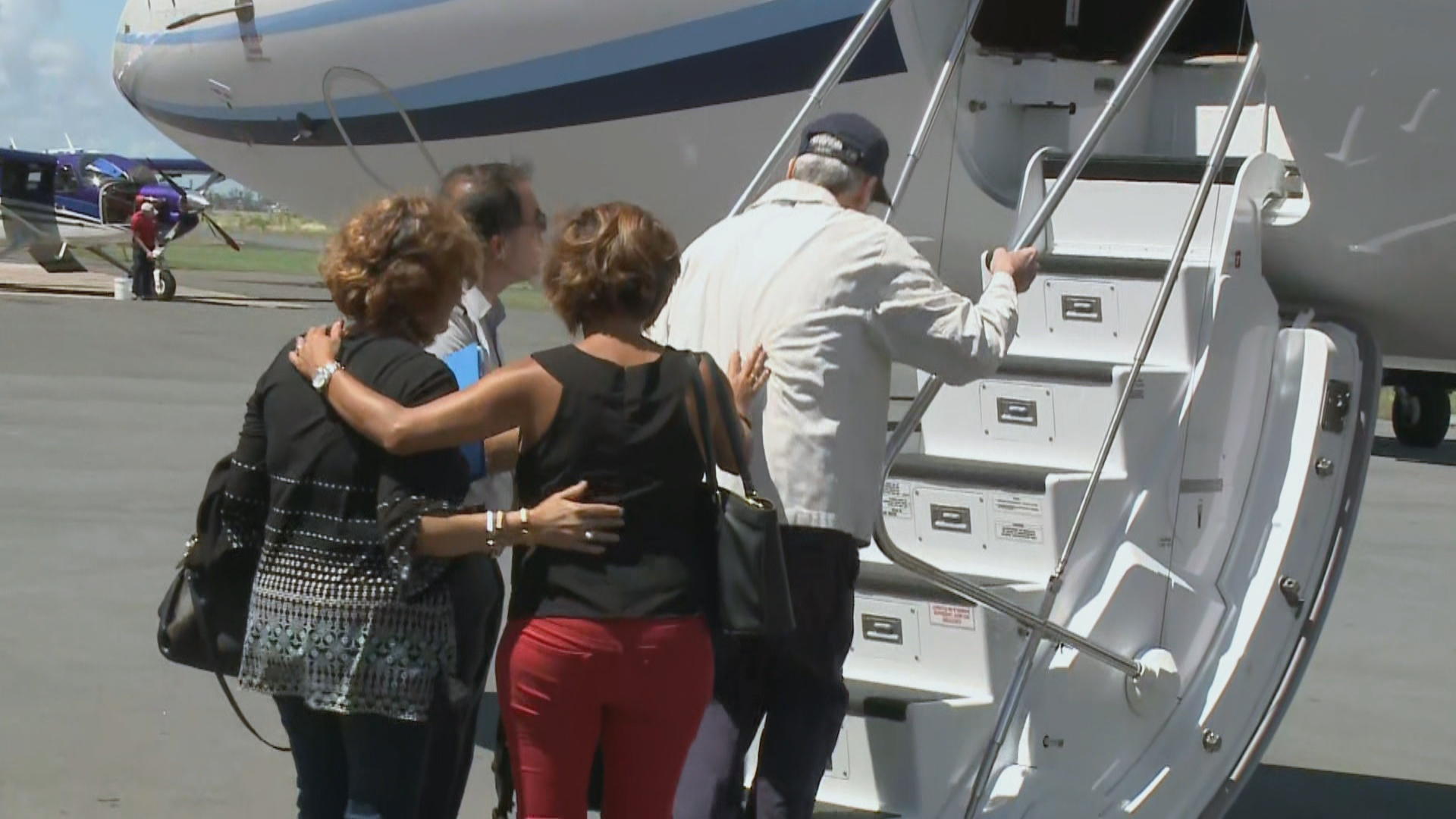 Friday marks one month since Hurricane Maria made landfall in Puerto Rico. President Trump rated his administration's response to the crisis 10 out of 10 and gave his "blessing" to lawmakers to help build a new power station on the island, but the situation is still dire for many Puerto Ricans.

CBS News correspondent David Begnaud met some of the most vulnerable people, whose lives may depend on getting out of the territory.

Carmelo Diaz has lived with ALS for 29 years. The former tennis player's body has failed around an otherwise healthy mind. A ventilator keeps him alive.

"He needs electricity all time," said his wife, Bere Padilla.

Hurricane Maria cut off access to power and water for many. Diaz, who communicates through facial movements, tells his wife he's afraid of dying if he stays here.

There was no mistaking his emotion after receiving the news that a foundation in New Orleans is ready to welcome him. It was one of his relatives who found help through Team Gleason, a foundation started by former New Orleans Saints player and current ALS patient Steve Gleason.

But he's still torn about leaving – a familiar feeling for many Puerto Ricans who've decided to leave. There's no official count of those who've evacuated since the storm, but Florida officials report more than 52,000 people have flown in from the island, this month alone.

Lyssette Santiago is keeping track of which neighbors are gone. Her husband, Jesus Garces Soto, is battling stage 4 ureteral cancer.

Asked why, Garces Soto said, "Cause I want – I want a better way of life."

Their pleas have been heard. The American Cancer Society has evacuated about a dozen patients on charter planes and is now making arrangements to do the same for Garces Soto.

"It is an issue of life and death," said Dr. Lillian Santos. She oversees American Cancer Society operations in Puerto Rico.

"The people should have a choice and the option of getting the best standard of care. And if the choice is in the states, we are going to do everything to make that happen," she said.

Carmelo Diaz was evacuated earlier this week and put on a plane headed for New Orleans.

"In Puerto Rico, my husband was afraid to die. Be here, I am very happy," Diaz's wife said.

One of his first visitors at Ochsner Medical Center? Steve Gleason, the man who helped bring him here. Though neither can physically speak, the power of the moment was easily understood.

Carmelo Diaz's family has started an online fundraiser to help repair their home while they're in New Orleans.