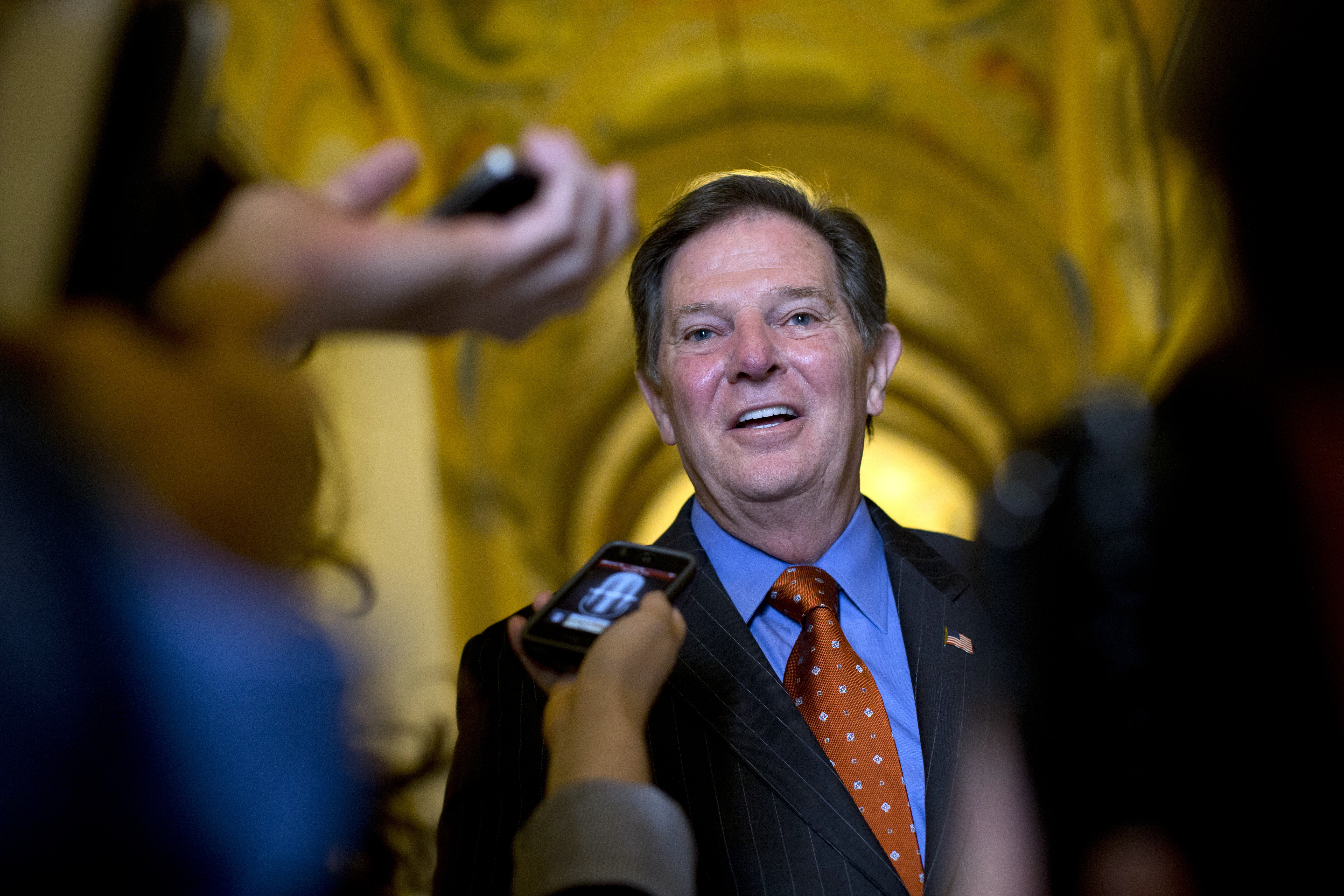 Officials are trying to salvage their case against DeLay after the state's 3rd Court of Appeals last year tossed DeLay's 2010 convictions for money laundering and conspiracy to commit money laundering.

DeLay, 67, was confident after the hearing before the Texas Court of Criminal Appeals, telling reporters that a ruling in his favor will show "a little justice may still exist in the Texas judicial system."

Prosecutors alleged DeLay accepted $190,000 in corporate donations to his Texas-based political action committee, which then funneled those funds to seven Texas House candidates in 2002 through a money swap coordinated with an arm of the Washington-based Republican National Committee. Under state law, corporate money cannot be given directly to political campaigns.

The lower appeals court, however, ruled there was insufficient evidence for a jury to have found DeLay guilty of illegally funneling money to GOP candidates. DeLay had been sentenced to three years in prison, but that was put on hold while his case was appealed.

Prosecutor Holly Taylor of the Travis County District Attorney District Attorney's Office in Austin told the appeals court that the lower court ignored evidence showing DeLay committed the offenses, including testimony from a former RNC official about the money swap.

"We have faith they will do the right thing," Taylor said after the hearing.

DeLay attorney Brian Wice told the judges that his client's prosecution wasn't about money laundering but about "the criminalization of politics."

DeLay, who once held the No. 2 job in the House of Representatives, attended the hearing with his wife, Christine.

The court will issue a ruling at a later date.