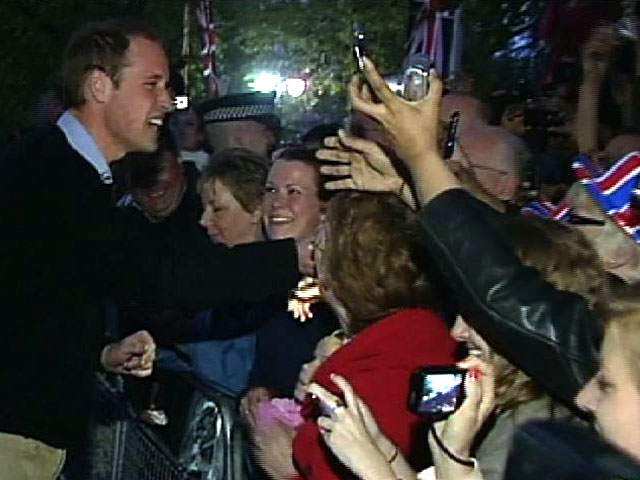 (CBS) Prince William took an impromptu walk down to The Mall to greet fans gathered there on the eve of his wedding to Kate Middleton.

The 28-year-old spent several minutes shaking hands, chatting and posing for pictures with royal watchers near Buckingham Palace, according to BBC News.

"We're all ready for tomorrow, it's wonderful and we're all very excited," Camilla told a spectator when asked how she was feeling.

William and Middleton said in a message in their official wedding program that they were "incredibly" moved by the affection shown to them since their engagement was announced.