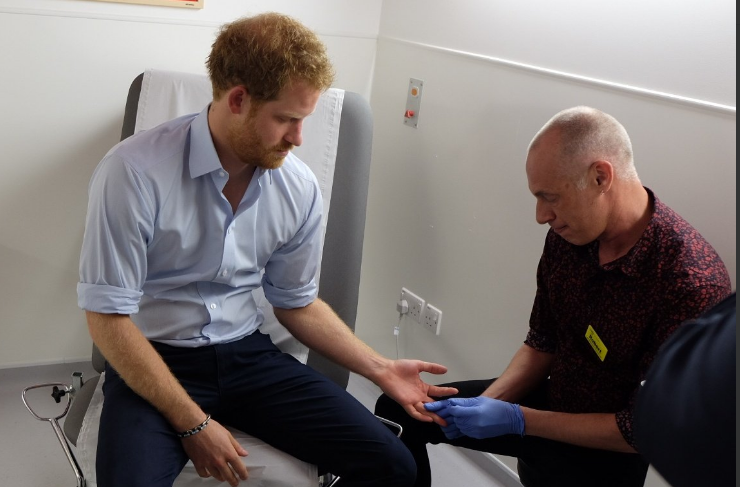 Prince Harry broadcast his HIV test live on social media to encourage others get tested for the virus.

A quick prick of his finger followed by a minute blood test was all it took to reveal his status as HIV negative.

The 31-year-old British royal shared the experience on Facebook Live to show others how easy it is to get tested for the virus, which despite declining rates in recent decades, has seen a rise in younger generations in the last few years.

Kensington Palace posted a link to the video along with photos on its Twitter feed.

"Prince Harry believes his generation needs to take leadership in the fight against HIV, or risk losing the gains of those who've come before," the tweet said.

The whole process -- from the finger jab to discussing the results -- took about five minutes.

"It's amazing how quick it is," Harry said.

After getting the results, he encouraged others to get tested, noting that the virus is no longer a death sentence and people with HIV can live long, fulfilling lives with treatment.

"It's better that everyone goes and gets tested. Why wouldn't you? Whether you're a man, woman, gay, straight, black, white, whatever, even ginger, why wouldn't you come and have a test?" he said.

Kensington Palace also tweeted that Prince Harry will be traveling to Durban, South Africa, next week for the International AIDS Conference and will meet with a number of leaders in the fight against HIV.

According to the World Health Organization, 36.7 million people were living with HIV at the end of 2015, but many people do not know they're infected.