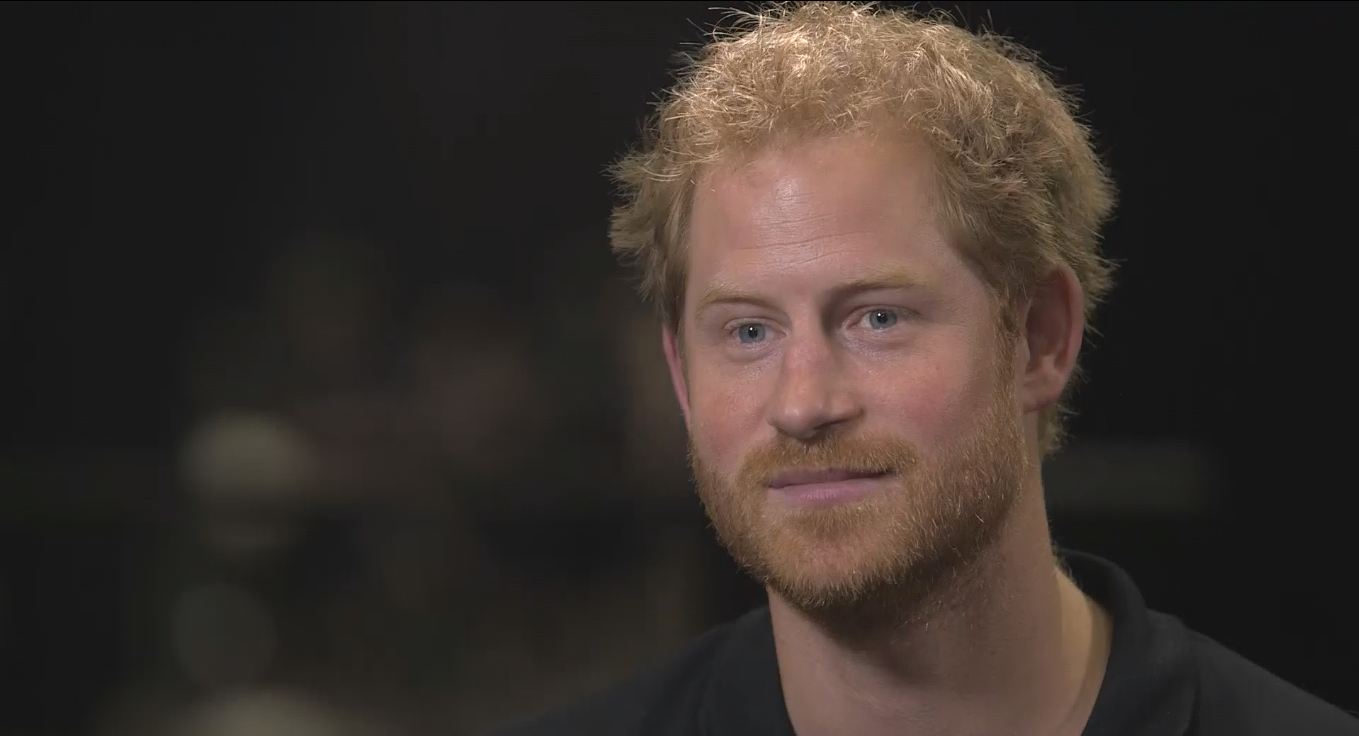 To see Prince Harry in his comfort zone, just watch him with veterans.

"I view myself as Captain Wales first and then Prince Harry second," he said. "I've done all this stuff. I've walked the walk, I've worn the t-shirt, I've done a lot of what these guys have done and I've been lucky enough not to be injured, so it seemed very fitting for me to be able to use my name and status to bring a spotlight onto these individuals - create the platform and allow them to flourish."

That platform is the Invictus Games - a competition of wounded service men and women from around the world. Prince Harry launched the games from London in 2014.

After two years of preparations, the games are making their American debut and he admits that the expectations are high, reports "CBS This Morning" co-host Norah O'Donnell.

"The second time around is always harder, bizarrely. And this one has been harder," Harry said. "We just need to fill the seats and make sure we create the perfect atmosphere for all the competitors."

More than 500 athletes from 15 countries are competing in 11 competition events this week. Among the competitors are Navy Airman Brett Parks and Air Force Captain Christy Wise. Both athletes lost limbs, but not in action.

"Yes, I always joke with people saying that I saved the government a plane ticket," Parks said. "I didn't have to go over there and get injured."

Parks broke up an armed robbery near the Jacksonville gym where he was a personal trainer.

"He had a gun in his sweatshirt pocket and he fired off two shots. One hit me in the abdomen and the second shot missed," Parks recalled.

His wife was seven months pregnant at the time.

"My wife's my hero. She's the greatest woman I've ever known. I didn't get to speak to her for 20 days," Parks said. "I always joke that I'd much rather be in my shoes than hers because every single day she thought this was the last day she'd see me."

Wise was hit by a fishing boat while paddleboarding.

"You expect risks in Afghanistan or Africa or flying missions, but it can happen anywhere, anytime," Wise said. "I lost about 60 to 70 percent of my blood in the water, but I'm so happy to be here."

Her recovery has been remarkable. She is now back in the cockpit as an active duty pilot and will be competing in several events -- track and field, running, swimming, rowing and cycling.

"I think I got them all," Wise said, laughing.

She's quick to credit to her family of high achievers, which includes an Olympic gold medal-winning brother and twin sister who is a doctor.

"When I'm in pain, I just have to survive it. They're the ones who see you in pain and can't do anything about it," Wise said. "So I think it's harder on them than it is for us."

The Invictus Games is being held at the ESPN Wide World of Sports Complex at Walt Disney World Resort in Orlando. Prince Harry said having Disney World next door was one of the main reasons for the competition site.

"All the families and friends are coming over. The kids are going to absolutely love it. I'm going to love it," he said, laughing.

Disney World was also his first trip to the U.S. in 1993 when he was nine years old with his mother, the late Princess Diana.

"And, you know, we had happy, happy memories. You know, it was absolutely fantastic. And it's so nice to be back here-- back here with all these guys as well," Harry said. "I'd hope she'd be incredibly proud. I hope she'd be sitting up there having her own little party and looking down thinking what we've achieved because it's a massive team effort. What we've achieved is absolutely brilliant. I would love it if she was here, and I'm sure she would be running around causing chaos like I intend to."

Harry named the competition after the poem, "Invictus," written by William Ernest Henley nearly 150 years ago. A line reads: "It matters not how straight the gait, how charged with punishments the scroll, I am the master of my fate. I am the captain of my soul."

"From our perspective, the poem and the name just seemed to fit absolutely perfectly," Harry said.

Poetry helps capture the spirit of the games, but to see the determination of these athletes, just look at the pictures and listen to their hearts.

"They just want to kick the ass out of life," Harry said.

"I've never heard a prince use that word before," O'Donnell joked.

"No, I know," Harry said, laughing. "But you know, some people back home are saying, 'Oh, you can't say that word' but it's a body part. And Dave Henson stood up and the captain of the U.K. team said it in London in 2014. I would never stop saying something like that - that is the definition of what these guys are doing. They understand this is a second chance in life and a lot of these guys taking part in these games should not be alive. Now that's a reason to watch, you know?"