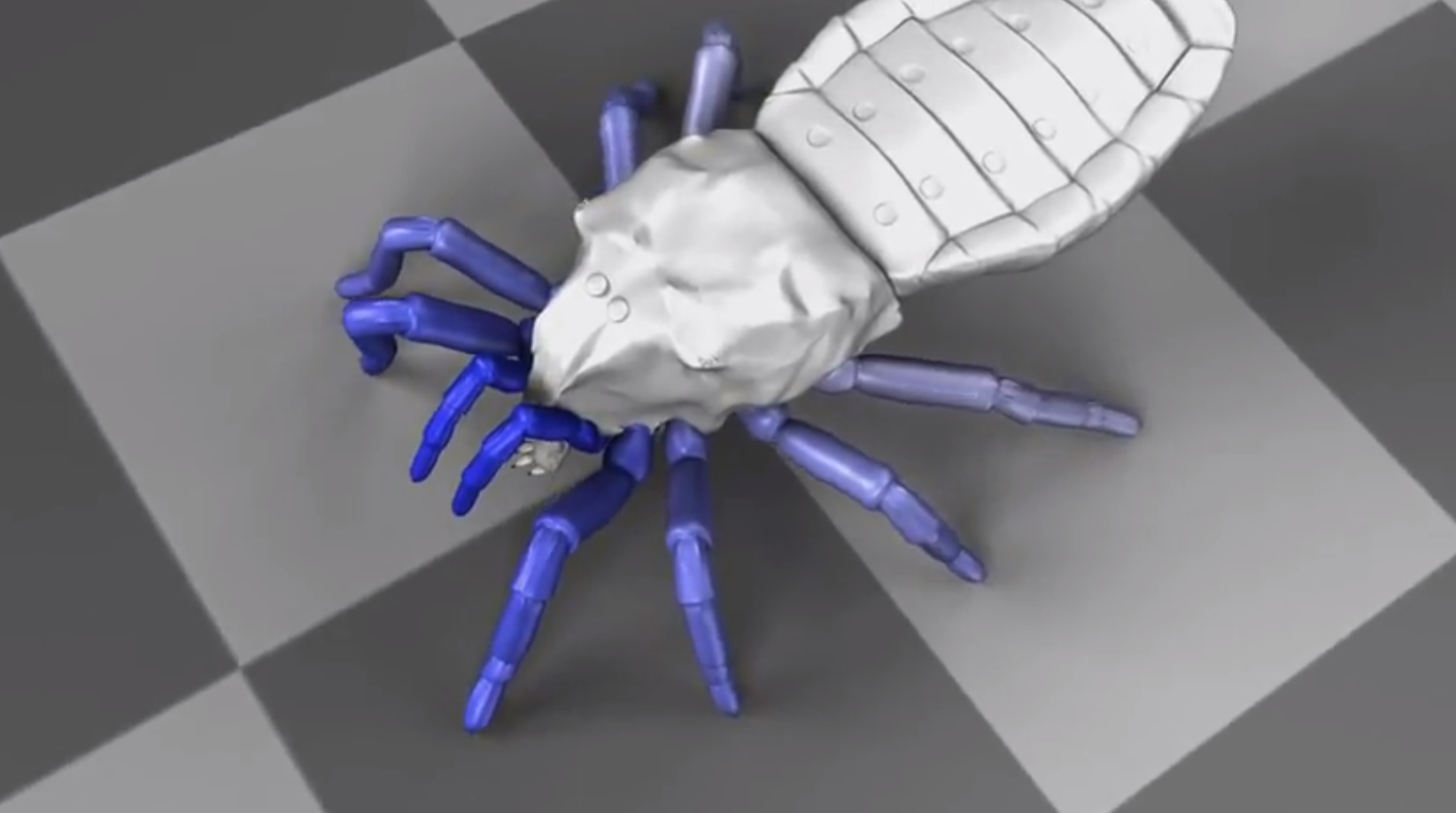 A 410-million-year-old arachnid -- an extinct relative of spiders -- is now getting a second, digital life, in a 3D video.

Researchers used exceptionally well preserved fossils from the Natural History Museum in London to create an animation that shows the gait of the ancient creature -- one of the first predators on land. The scientists created the visualization using an open-source and freely available 3D graphics application called Blender.

The 3D-arachnid project is outlined in a study published Wednesday in the Journal of Paleontology. See the arachnid video below:

The researchers used fossils of the arachnid to figure out the range of motion in the animal's limbs.

"When it comes to early life on land, long before our ancestors came out of the sea, these early arachnids were top dog of the food chain," study author Russell Garwood, a palaeontologist in the University of Manchester's School of Earth, Atmospheric and Environmental Sciences said in a statement. "They are now extinct, but from about 300 to 400 million years ago, seem to have been more widespread than spiders. "

"Now we can use the tools of computer graphics to better understand and recreate how they might have moved -- all from thin slivers of rock, showing the joints in their legs," he said.

The fossils from a rock called the Rhynie chert are unusually well preserved, said study author Jason Dunlop, a curator at the Museum für Naturkunde, Berlin.

"For me, what's really exciting here is that scientists themselves can make these animations now, without needing the technical wizardry -- and immense costs -- of a Jurassic Park-style film," Dunlop said.

How Sandy morphed from "boring" to killer superstorm