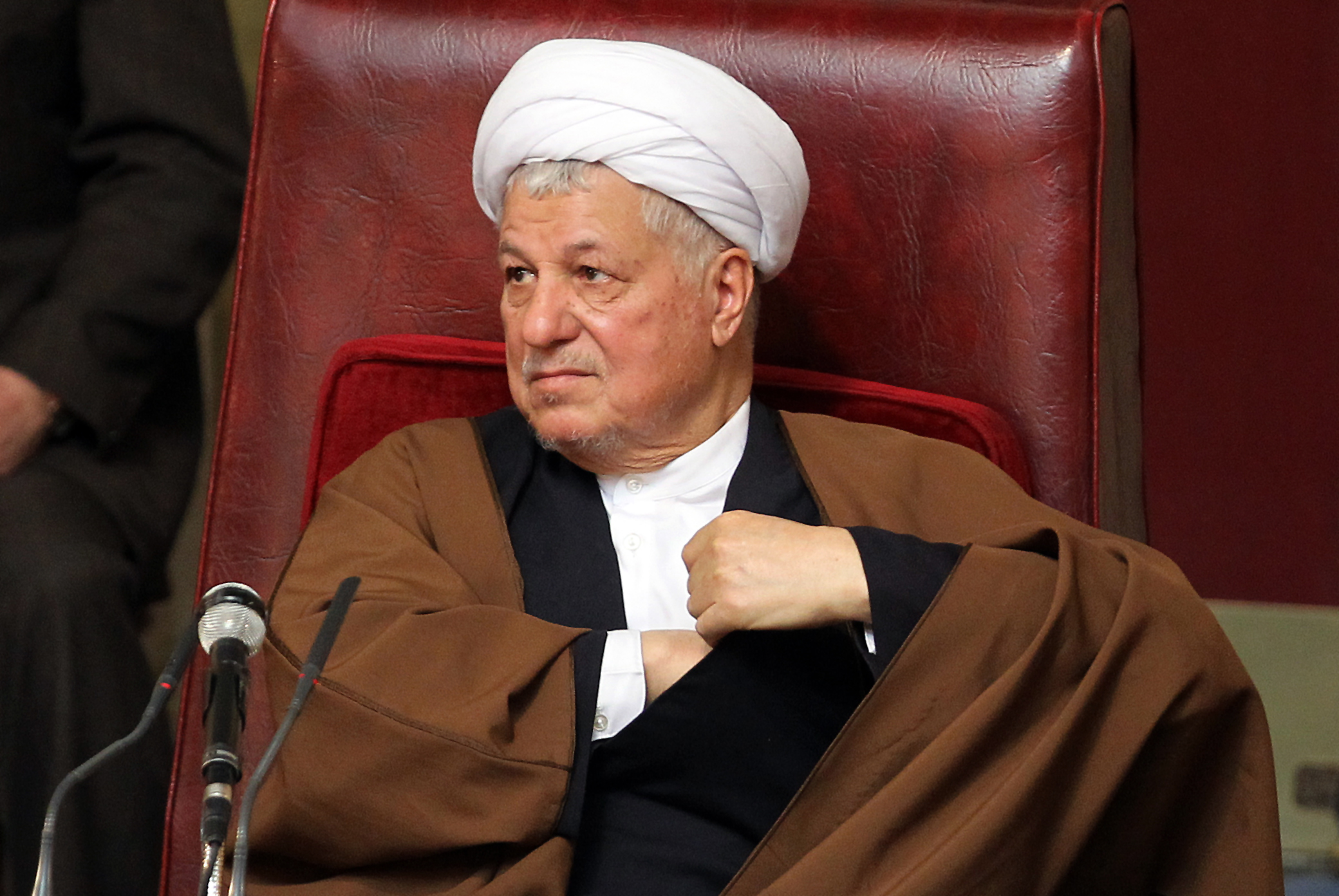 Rafsanjani is a bitter enemy of hardline President Mahmoud Ahmadinejad, and tacitly supported his rival, Mir Hossein Mousavi, in Iran's bitter dispute over the 2009 presidential elections.

Hardliners and supporters of Ahmadinejad had lobbied hard in recent weeks to push Rafsanjani out of the post and supported Ayatollah Mohammad Reza Mahdavi Kani to replace him as the head of the Assembly of Experts. Kani is a moderate conservative not seen as a supporter of the opposition.

The Experts Assembly monitors the all-powerful supreme leader and picks a successor after his death. That makes it potentially one of the most powerful institutions in Iran, although it does not involve itself the daily affairs of state.

Rafsanjani told the assembly that he wouldn't seek re-election to "avoid division" if Kani ran for the post, and Kani got 63 votes as the sole candidate for the post.

Rafsanjani, who had chaired the assembly since 2007, will remain a member of the 86-member assembly.

The 77-year-old Rafsanjani — who served as president from 1989-1997 — still heads the powerful Expediency Council -a body arbitrating between legislators and the Guardian Council, the hard-line constitutional watchdog that approves candidates for parliament, president and the Assembly.

The Assembly's real clout kicks in after the supreme leader is gone — a sort of Iranian version of the Vatican's College of Cardinals when they gather to pick a new pope. The assembly has done that only once since the 1979 Islamic Revolution. In 1989, it picked Ayatollah Ali Khamenei to succeed his late mentor, the Islamic Revolution patriarch Ayatollah Ruhollah Khomeini.

Rafsanjani has long been an elusive inside player in Iran's clerical leadership. He has supported a policy of improving relations with the West including the United States and has tried to play a bridging role between hardline extremists and the marginalized reformist opposition.

But Rafsanjani has been losing power gradually over the years step by step. His son, Mohsen, resigned as the head of Tehran subway system after 17 years in office on Friday, citing lack of support from the government.

Mohsen Hashemi said Ahmadinejad's government had ulterior political motives in withholding a $2 billion budget for the subway system that was approved by parliament.

Rafsanjani's daughter, Faezeh, who has appeared at opposition protests in the past, was briefly detained last month while allegedly trying to cause unrest by chanting anti-government slogans in one of the main streets of Tehran.

Faezeh was confronted by several hardline vigilantes last month and verbally insulted for supporting the opposition.

In November, an arrest warrant was issued for Rafsanjani's younger son, Mahdi Hashemi, on charges of fomenting the postelection unrest. The son, who has been living in Britain since shortly after the disputed 2009 election, has denied the charges and is not known to have had any key role in the opposition movement or the street protests.

Hardline member of parliament Mahmoud Ahmadi Biqash said Rafsanjani paid a price for not condemening the opposition leaders who challenged the ruling system.

"Today, Experts Assembly members showed that they are pioneers in confronting enemies ... and seditionists and obeying the orders of the supreme leader," he told the official IRNA news agency.