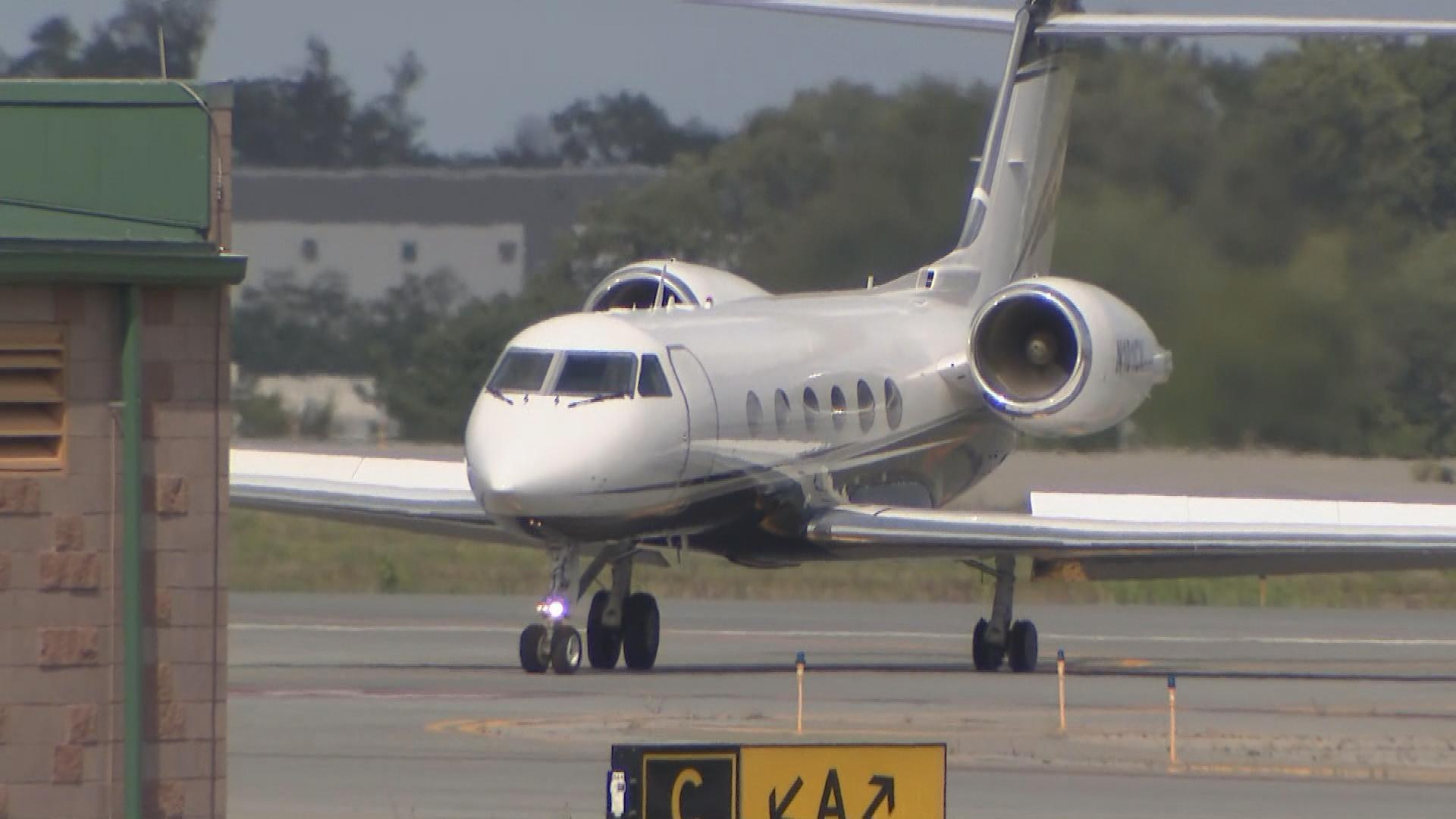 A plane that blew two tires during takeoff at a small New Jersey airport safely made an emergency landing at a New York airport on Tuesday afternoon. The Gulfstream GLF-4 jet was carrying 16 passengers, including hip-hop artist Post Malone, when it left Teterboro Airport around 10:50 a.m.

TMZ first reported that Post Malone and his team were aboard the plane. "i landed guys. thank you for your prayers," Post Malone tweeted Tuesday.

When the pilot realized the tires had blown, he began circling the airport for about 30 minutes before the jet was diverted. The jet was heading to London Luton Airport in Luton, England.

Westfield-Barnes Regional Airport is a city-owned airport next to Barnes Air National Guard Base. It has two paved runways, one 9,000 feet long and one 5,000 feet long.

Stewart's signature feature is a nearly 12,000-foot runway, long enough to handle the fat-bodied C-5A Galaxy planes laden with supplies and better for such emergencies. The FAA didn't specify if the number of people aboard included the pilot.