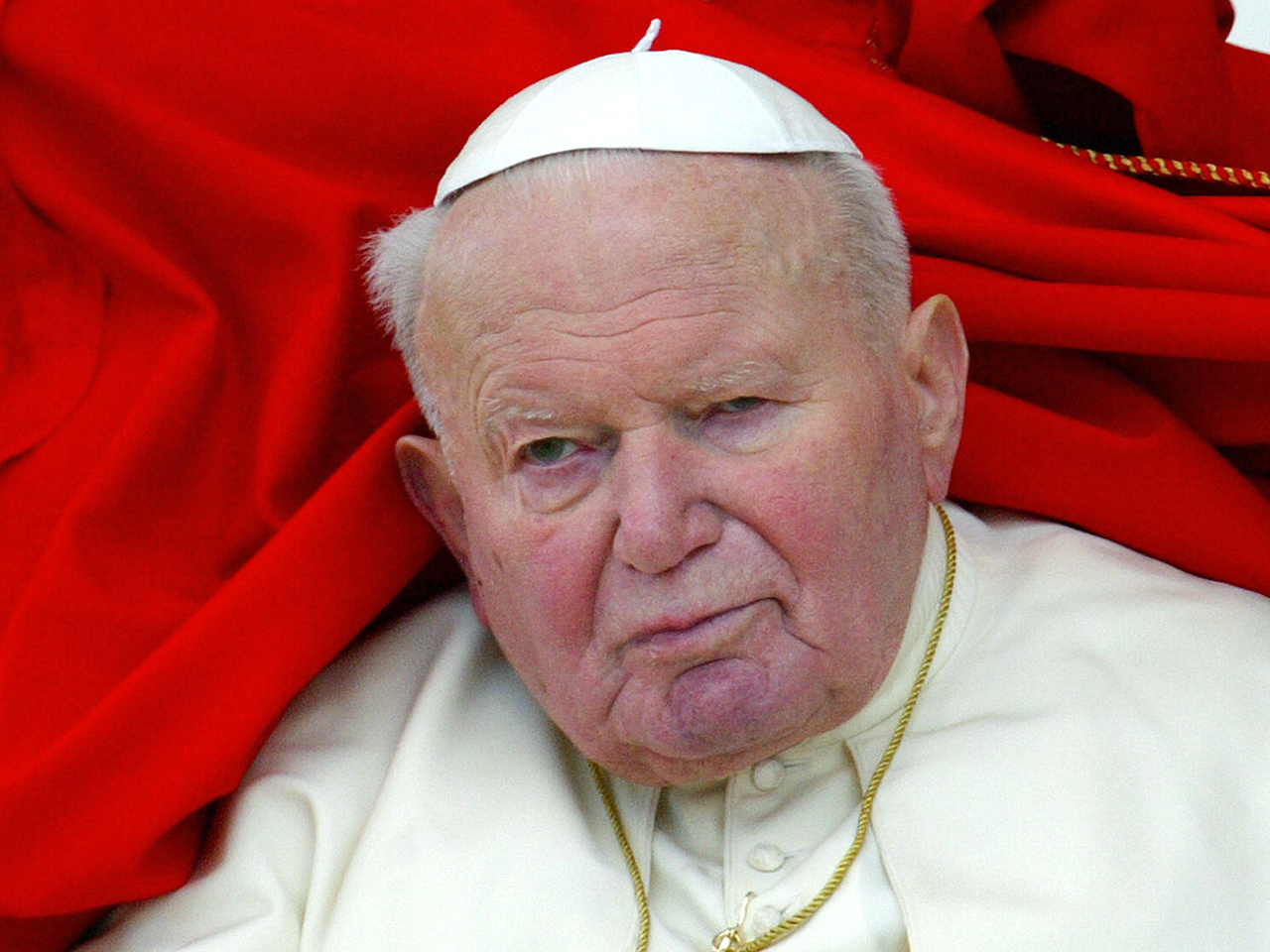 ROME -- Police on Friday recovered the piece of cloth stained with the blood of the late Pope John Paul, a day after they found the stolen gold and glass case which once contained the relic.

They told a news conference in L'Aquila, east of Rome, that they found the fragment in the garage of two men who were detained for having stolen the reliquary last week.

Bishop Giovanni D'Ercole told the same news conference he had pieced together the reliquary and the cloth after police found them in bits on successive days.

The recovered piece of fabric was missing just a few filaments of cloth and gold thread, he said.

“I think John Paul has forgiven them. I think we have to do the same,” D'Ercole said of the men, believed by police to be drug addicts.

The reliquary and a crucifix were stolen from the isolated mountain church of San Pietro della Ienca last weekend.

The cloth was a fragment of the cassock that John Paul was wearing on May 13, 1981 when he was shot in an assassination attempt.

Relics of saints and other holy figures are often displayed in reliquaries to be venerated by the Catholic faithful.

The late pope, who is due to be declared a saint on April 27, loved the mountains in the Abruzzo region because they reminded him of those in his native Poland. He would slip away secretly from the pressures of the Vatican to hike and ski there in the early years of his papacy.

His secretary, now Cardinal Stanislaw Dziwisz of Krakow in Poland, gave the local community the relic.