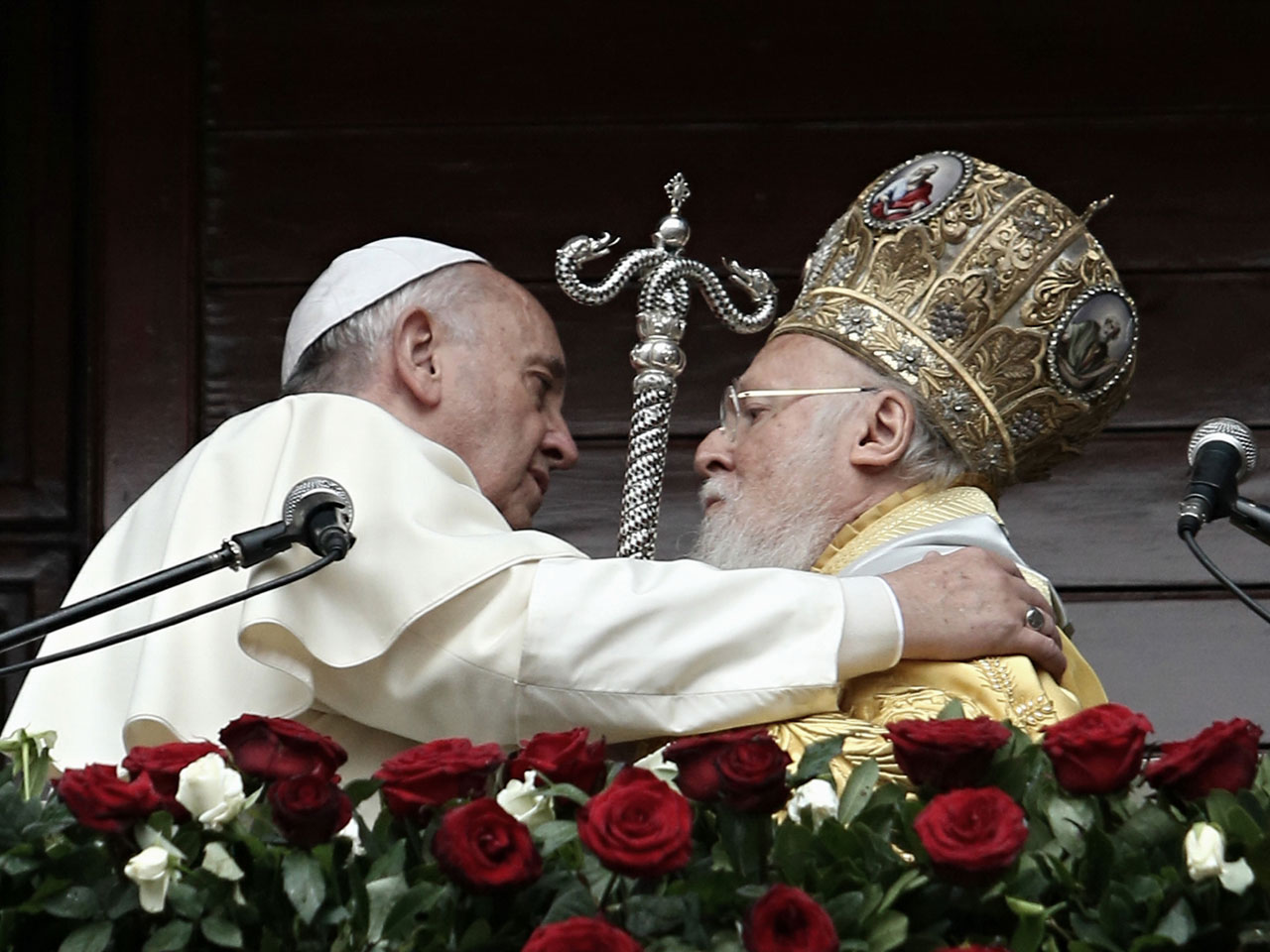 ISTANBUL - Pope Francis and the spiritual leader of the world's Orthodox Christians demanded an end to the persecution of religious minorities in Syria and Iraq on Sunday and called for dialogue with Muslims, capping Francis' three-day visit to Turkey with a strong show of Christian unity.

Francis and Ecumenical Patriarch Bartholomew I issued a joint declaration urging leaders in the region to intensify help to victims of the Islamic State of Iraq and Syria (ISIS), and especially to allow Christians who have had a presence in the region for 2,000 years to remain on their native lands.

"The terrible situation of Christians and all those who are suffering in the Middle East calls not only for our constant prayer but also for an appropriate response on the part of the international community," they wrote.

The statement was issued at the end of Francis' first trip to Turkey during which he prayed in one of Istanbul's most important mosques alongside the Grand Mufti of Istanbul, Rahmi Yaran. He was also set to meet with a few of the 1.6 million refugees who have crossed into Turkey to flee the ISIS assault in neighboring Syria and Iraq.

In a press conference on his plane Francis said he had told the Turkish president that "it would be good if all Islamic leaders -- political leaders, religious leaders, and academic leaders" condemned violence as being "against the Koran."

Francis has endorsed military action against ISIS, but insisted it must be accompanied by humanitarian aid. "Poverty," he said "can give rise to criminal activity and even the recruitment of terrorists."

Francis, who represents the 1.2 billion-strong Catholic Church, and Bartholomew, the spiritual leader of the world's 300 million Orthodox Christians, called for "constructive dialogue" with Islam "based on mutual respect and friendship."

"Inspired by common values and strengthened by genuine fraternal sentiments, Muslims and Christians are called to work together for the sake of justice, peace and respect for the dignity and rights of every person, especially in those regions where they once lived for centuries in peaceful coexistence and now tragically suffer together the horrors of war," they said.

Later Sunday, Francis was to meet with a few dozen young refugees who are being educated by the Salesian religious order. The Vatican had downplayed the meeting, perhaps because of organizational glitches or to not distract from Francis' ecumenical activities which were the main reason for the visit. But just before the trip began, the Vatican revealed that he would indeed deliver a speech to the youths.

The Catholic and Orthodox churches split in 1054 over differences on the primacy of the papacy, and there was a time when patriarchs had to kiss popes' feet. At the end of a joint prayer service Saturday evening, Francis bowed to Bartholomew and asked for his blessing "for me and the Church of Rome," a remarkable display of papal deference to an Orthodox patriarch that underscored Francis' hope to end the schism.

In his remarks Sunday, Francis assured the Orthodox faithful gathered in St. George's that unity wouldn't mean sacrificing their rich liturgical or cultural patrimony or "signify the submission of one to the other, or assimilation."

"I want to assure each one of you gathered here that, to reach the desired goal of full unity, the Catholic Church does not intend to impose any conditions except that of the shared profession of faith," he said.

The Vatican spokesman, the Rev. Federico Lombardi, acknowledged the novelty in Francis' message. While experts from both churches continue to debate theological divisions between them, Francis and Bartholomew are "pushing with incredible strength toward union" through their frequent and warm personal contacts, Lombardi said.

"The theological dialogue and other aspects can go forward better or sooner if there is a strong attitude" on the part of two leaders, he said. "I cannot say that this is the solution to the problem, but this is surely a strong impulse."

Bartholomew, for his part, noted that Christians are being persecuted across the Mideast regardless of their particular confession.

"The modern persecutors of Christians do not ask which church their victims belong to," he said. "The unity that concerns us is regrettably already occurring in certain regions of the world through the blood of martyrs."