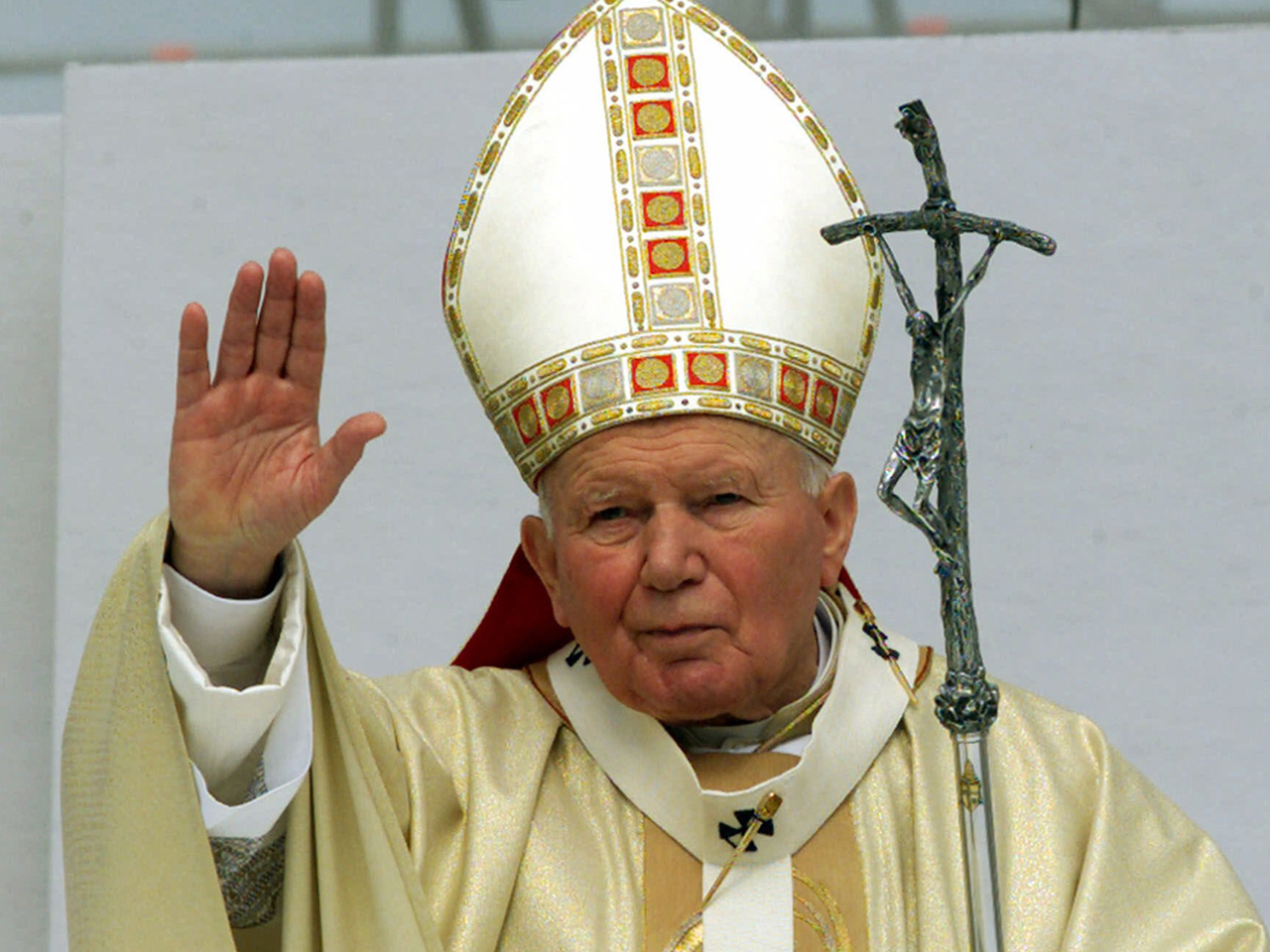 VATICAN CITY Pope Francis on Friday cleared Pope John Paul II for sainthood, approving a miracle attributed to his intercession and setting up a remarkable dual canonization along with another beloved pope, John XXIII.

In a major demonstration of his papal authority, Francis decided to make John XXIII a saint even though the Vatican hasn't confirmed a second miracle attributed to his intercession. The Vatican said Francis had the power to "dispense" with the normal saint-making procedures to canonize him on his own merit, without a miracle.

The ceremonies are expected before the end of the year. The date of Dec. 8 has been floated as one possibility, given it's the feast of the Immaculate Conception, a major feast day for the church. Polish media continued to report that October was likely, to mark the anniversary of John Paul's election, but Vatican officials have said that's too soon to organize such a massive event.

The Vatican spokesman, the Rev. Federico Lombardi, confirmed that the miracle that brought John Paul to the ranks of sainthood concerned a Costa Rican woman.

The Spanish Catholic newspaper La Razon has identified her as Floribeth Mora, and said she suffered from a cerebral aneurism that was inexplicably cured on May 1, 2011 -- the day of John Paul's beatification, when 1.5 million people filled St. Peter's Square to honor the beloved Polish pontiff.

In a series of reports late last month, La Razon reported that Mora awoke with debilitating head pain on April 8 and went to the hospital, where her condition worsened to the point that she was sent home with only a month to live.

Her family prayed to John Paul, and the aneurism disappeared.

La Razon quoted her doctor, Dr. Alejandro Vargas, who said: "It surprised me a lot that the aneurism disappeared, I can't explain it based on science."

The Associated Press has traveled to Mora's home in Costa Rica but has been told that she is bound by secrecy and cannot discuss her case.

Then-Pope Benedict XVI put John Paul, who became pope in 1978, on the fast-track for possible sainthood when he dispensed with the traditional five-year waiting period and allowed the beatification process to begin weeks after his April 2, 2005, death. Benedict was responding to chants of "Santo Subito!" or "Sainthood Immediately" which erupted during John Paul's funeral.

But there remains some concern that the process has been too quick. Some of the Holy See's deep-seated problems -- clerical sex abuse, dysfunctional governance and more recently the financial scandals at the Vatican bank -- essentially date from shortcomings of his pontificate.

As a result, the decision to canonize John Paul along with John XXIII can be seen as trying to balance out those concerns, by beatifying one pope along with another.

Such was the case in 2000, when John Paul beatified John XXIII (1958-1963) , dubbed the "good pope," alongside Pope Pius IX, who was criticized by Jews for condoning the seizure of a Jewish boy and allegedly referring to Jews as dogs.

By canonizing John Paul II along with John XXIII, the Vatican could be seeking to assuage concerns about John Paul's fast-track sainthood case by tying it together with the 50-year wait since the death of John XXIII.