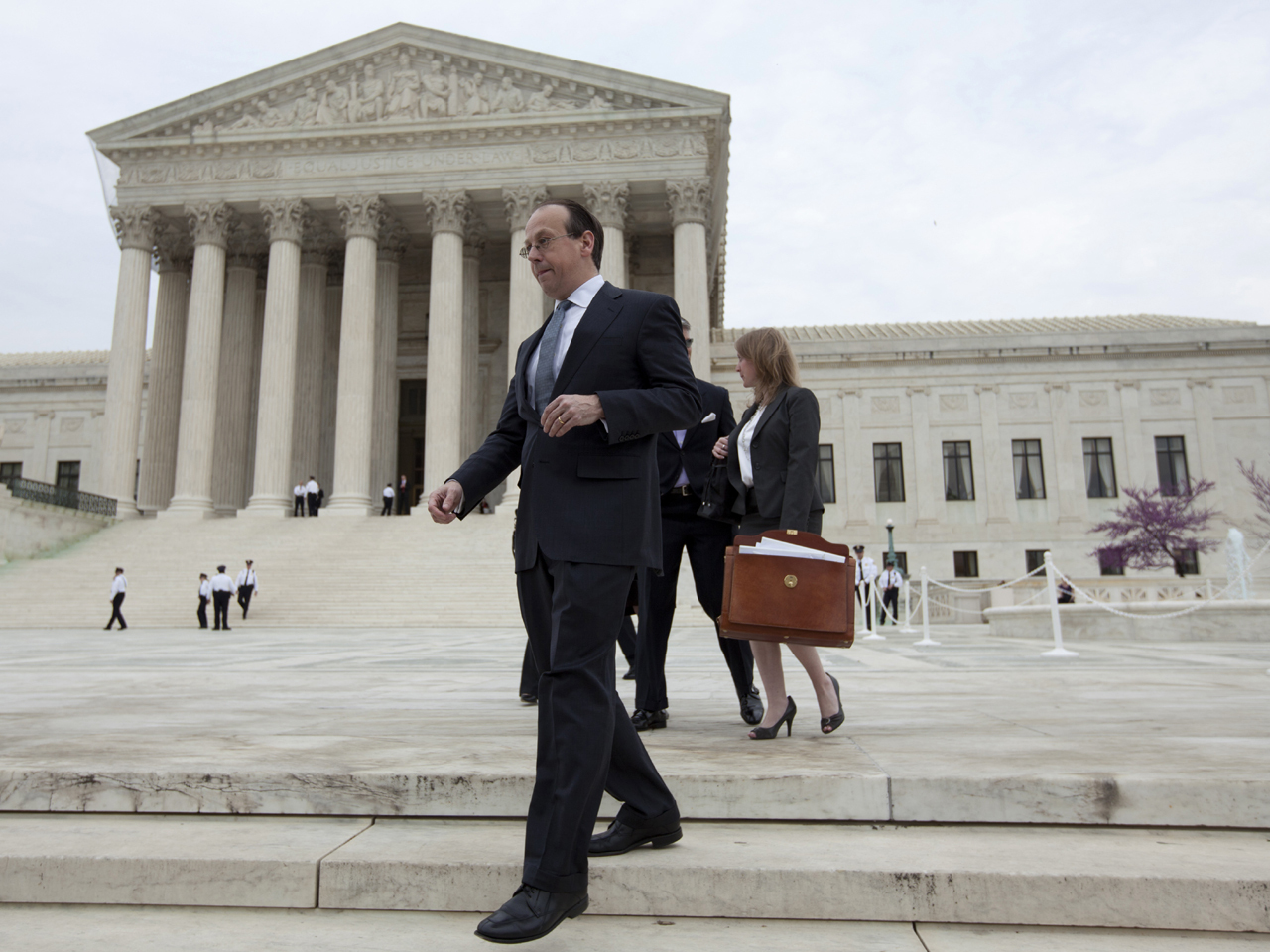 A CBS News/New York Times poll released on Thursday shows that most Americans think the Supreme Court's health care decision will be based on justices' personal and political views.

According to the poll, 55 percent of Americans believe political positions will play a role in the health care decision, compared to 32 percent who believe justices will decide the case based on legal analysis. While fewer Republicans - 48 percent - believe personal or political views play a role, there respondents of different political stripes have a similar view. Fifty-six percent of Democrats and 57 percent of independents say justices' political views will influence the health care outcome. The margin of error is three percentage points.

CBS News/ New York Times asked a similar question of the Supreme Court but did not limit it to the health care law. Seventy-six percent of respondents said Supreme Court justices' decisions are sometimes influenced by their personal views. Respondents' answers were the same regardless of political affiliation.

As for the health care law, nearly seven in ten Americans want the Supreme Court to overturn either all of President Obama's health care law or strike down just the individual mandate.

The percentage that wants to see the entire law abolished is up slightly since April, when 37 percent said they wanted the court to overturn the full law, 29 percent said only the mandate should be overturned and 23 percent wanted the whole law upheld.

Thirty-seven percent of respondents say the law went too far while 27 percent said it didn't go far enough. A quarter of those polled say the law is about right.

The poll also asked participants about their approval of Congress. Fifteen percent of respondents approve of the job Congress is doing while 77 percent disapprove. Congress' approval ratings has increased since October 2011, when it saw its lowest approval ratings at 9 percent.