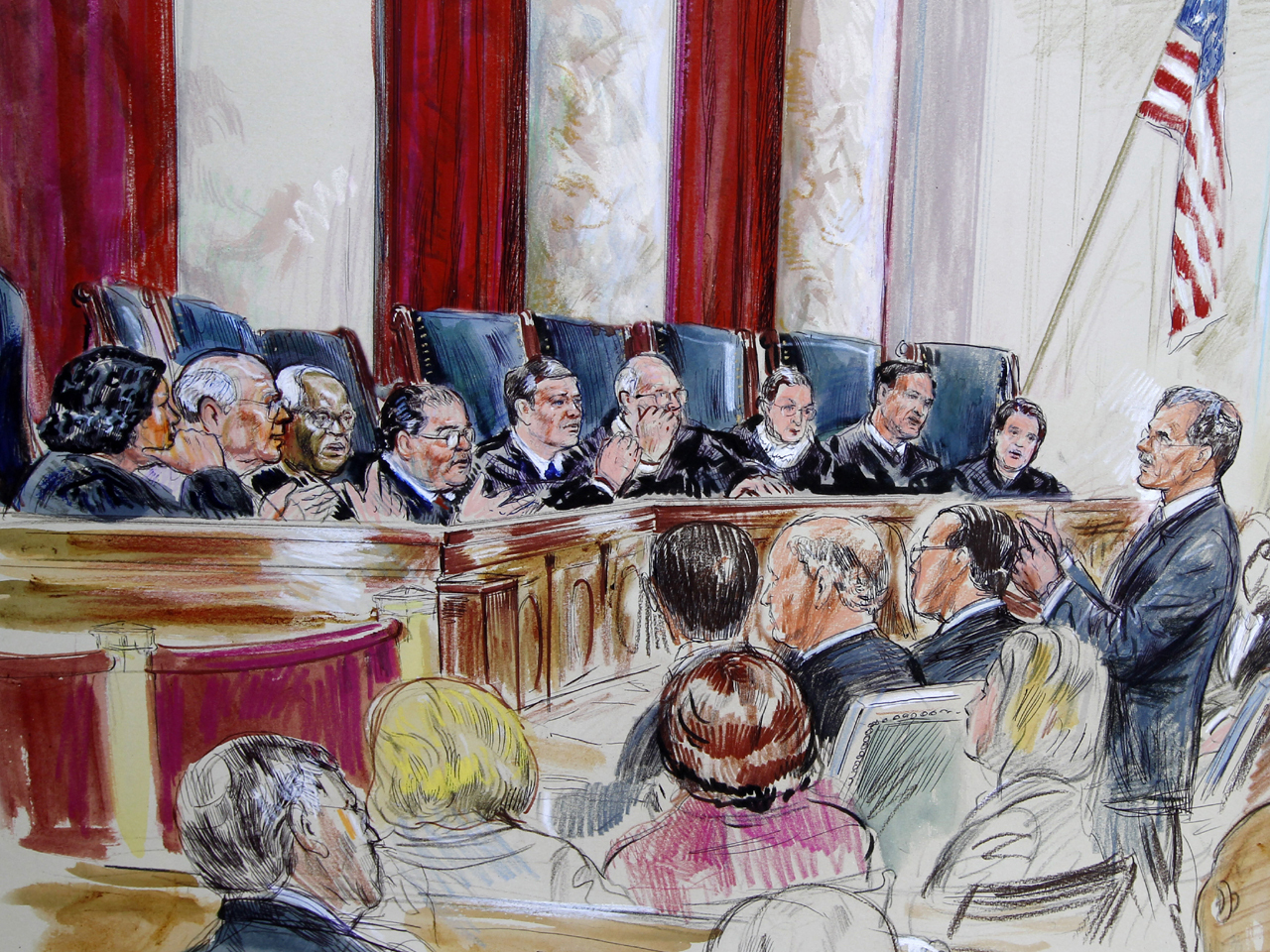 A new CBS News/New York Times poll reveals that nearly seven in ten Americans want the Supreme Court to overturn either all or President Obama's health care law or strike down just the individual mandate.

In the poll released on Thursday, 41 percent of those polled think Mr. Obama's health care law should be overturned completely by the Supreme Court, with another 27 percent of respondents saying they want the court to keep the law but overturn the mandate.

The percentage that wants to see the entire law abolished is up slightly since April, when 37 percent said they wanted the court to overturn the full law, 29 percent said only the mandate should be overturned and 23 percent wanted the whole law upheld.

While a plurality of Americans want the health care law to be overturned, a CBS News/ New York Times Poll conducted in March found some parts of the law are popular: 85 percent said insurance companies should cover people with pre-existing conditions and nearly seven in ten supported children under 26 staying on their parents' health plan. Still, the requirement that nearly all Americans obtain health insurance was less popular in that poll: 45 percent approved of that, while 51 percent disapproved.