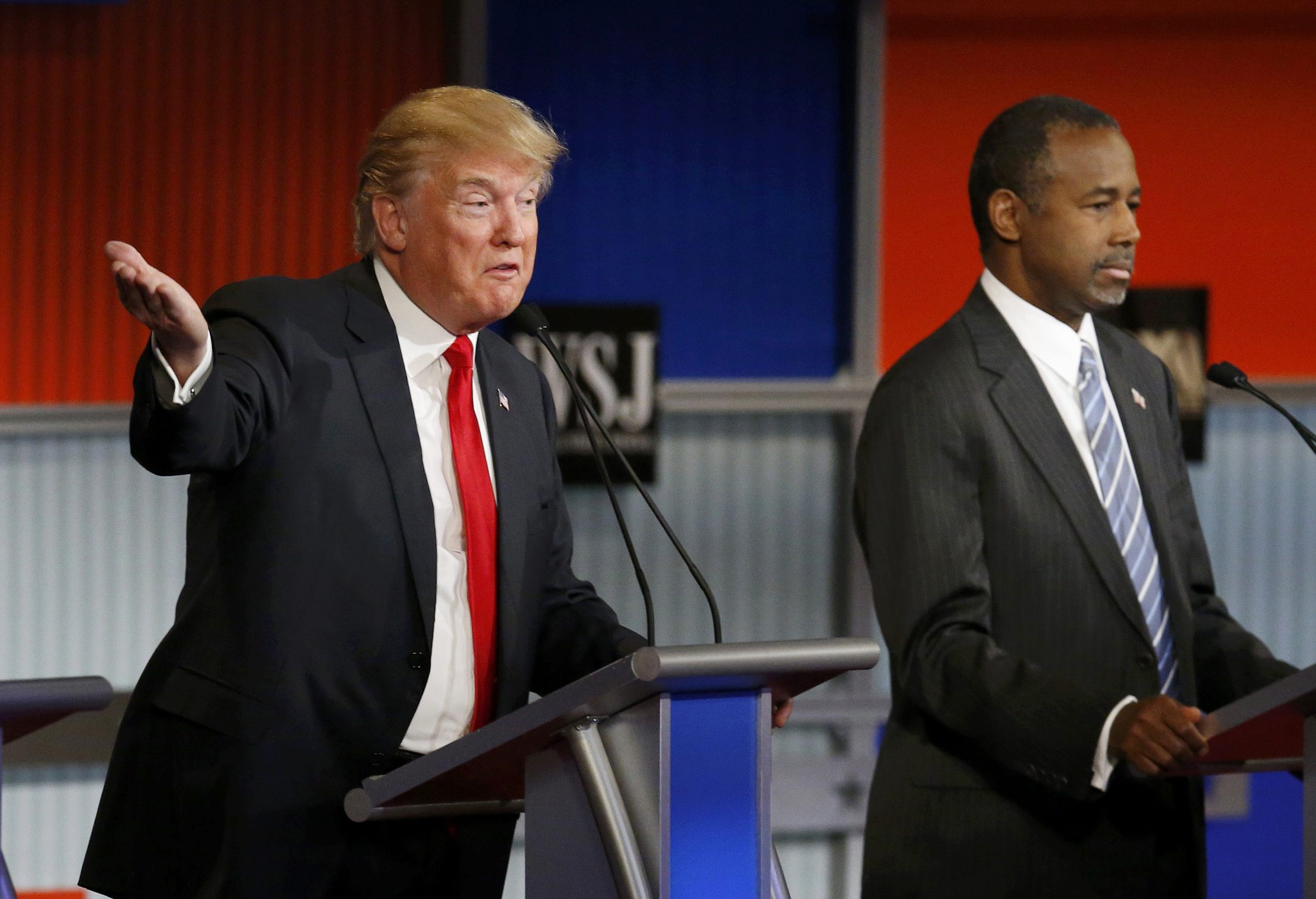 A new poll out of New Hampshire shows Republican presidential contender Donald Trump pulling further ahead of Ben Carson in the early primary state, where just a few weeks ago the two were in a virtual tie for the lead.

According to a survey by NPR's New Hampshire affiliate WBUR, Trump leads the retired neurosurgeon by ten points, with 23 percent of likely Republican primary voters choosing or leaning towards the billionaire businessman. Carson has support from 13 percent of likely GOP voters. At the end of October, Trump (at 18 percent) and Carson (at 16 percent) were nearly head-to-head.

While Carson's appeal may be fading, Florida Sen. Marco Rubio has become a rising star in the state. Since WBUR last conducted a survey, Rubio has jumped two percentage points: he's now tied with Carson, drawing 13 percent of support. The senator, unlike his top rivals, appeals to two categories of voters: the 36 percent of respondents that prefer an experienced candidate and the 46 percent that would rather elect a political outsider. And among those who watched the last Republican debate, 36 percent said Rubio performed best, followed by 16 percent for Texas Sen. Ted Cruz and 9 percent for Trump.

When it comes to overall support for candidates, several candidates remain clumped close together. Cruz has 8 percent, with former Florida Gov. Jeb Bush and Ohio Gov. John Kasich both at 7 percent. New Jersey Gov. Chris Christie had the backing of 6 percent of respondents. All other candidates registered at 5 percent of support or less.

The survey, administered between November 14-15, is the first New Hampshire poll out since Friday's attacks in Paris. WBUR found that, while likely Republican voters listed defeating extremist terror group ISIS as their top priority, they seem split on the issue of how to do so. Thirty-eight percent of respondents were in favor of sending more American troops to the Middle East. But half of voters surveyed believed the next commander-in-chief should continue with current troop levels or even withdraw from the region.

The poll results are based on telephone interviews of 405 likely Republican primary voters in New Hampshire. The margin of error is 4.9 percent. The survey did not directly ask about the attacks in Paris.