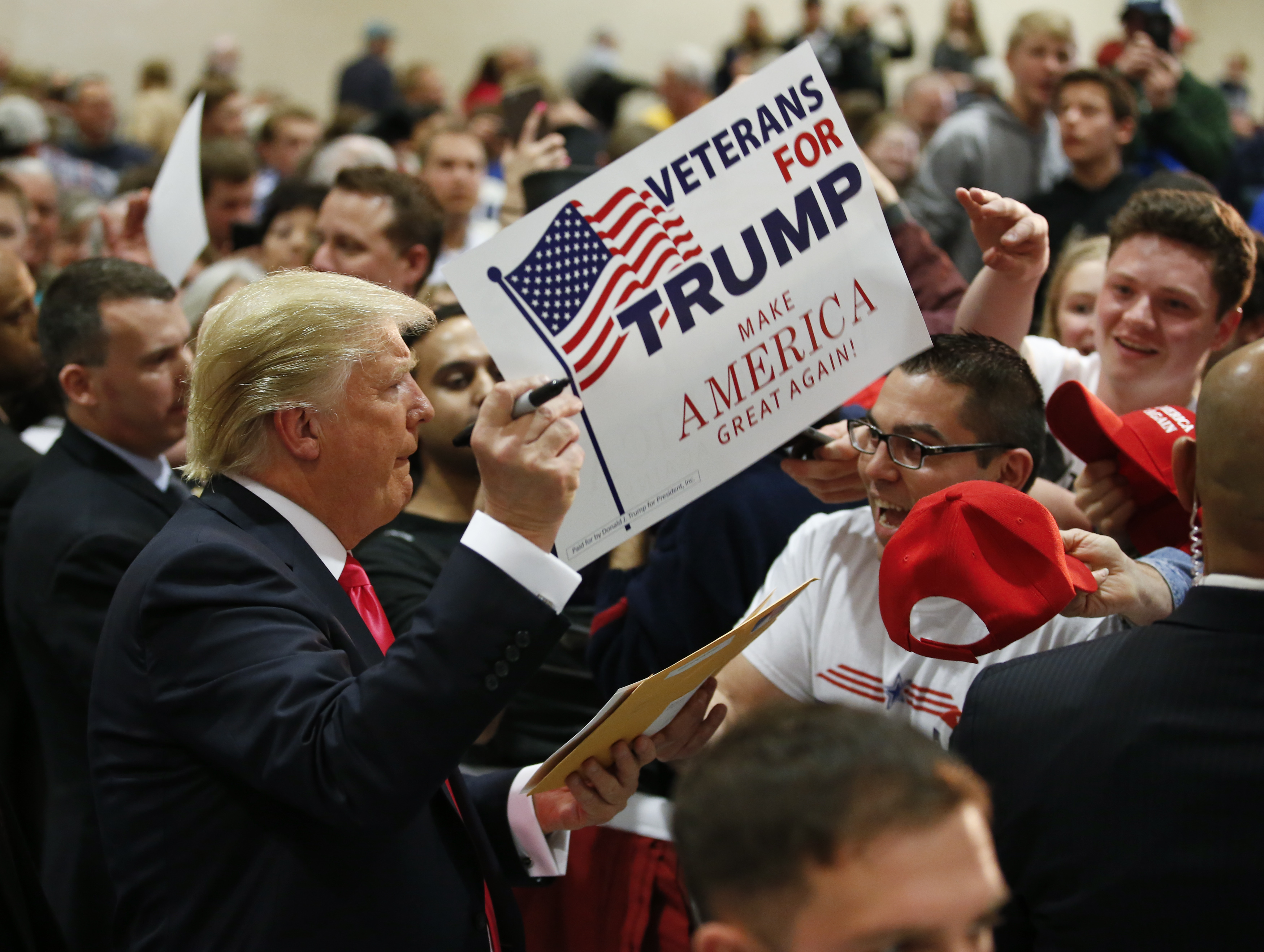 Donald Trump's support has dropped off a few points in a new national poll, but he retains a double-digit lead over Ted Cruz and John Kasich.

The billionaire in now ahead of Texas Sen. Ted Cruz by 17 points -- 45 - 28 percent -- according to a new NBC News/Survey Monkey online poll released Tuesday. The spread between Trump and Cruz, NBC notes, is the smallest since mid-February. Ohio Gov. John Kasich remains at 18 percent.

The poll also shows Trump losing three points in his support from women. Over the past week, Trump suggested women should be punished for seeking abortions (although he later reversed himself), came to the defense of his campaign manager, who was charged with battery for grabbing a woman reporter, and retweeted a photo comparing the appearance of Ted Cruz's wife, Heidi Cruz, to his wife, Melania Trump.

In the Democratic race, Hillary Clinton leads Bernie Sanders 51 percent to 42 percent, although independents prefer Sanders to Clinton 58-36 percent, among independent voters leaning Democratic. Wisconsin, which goes to the polls Tuesday, is an open primary -- any registered voter can vote in either primary.