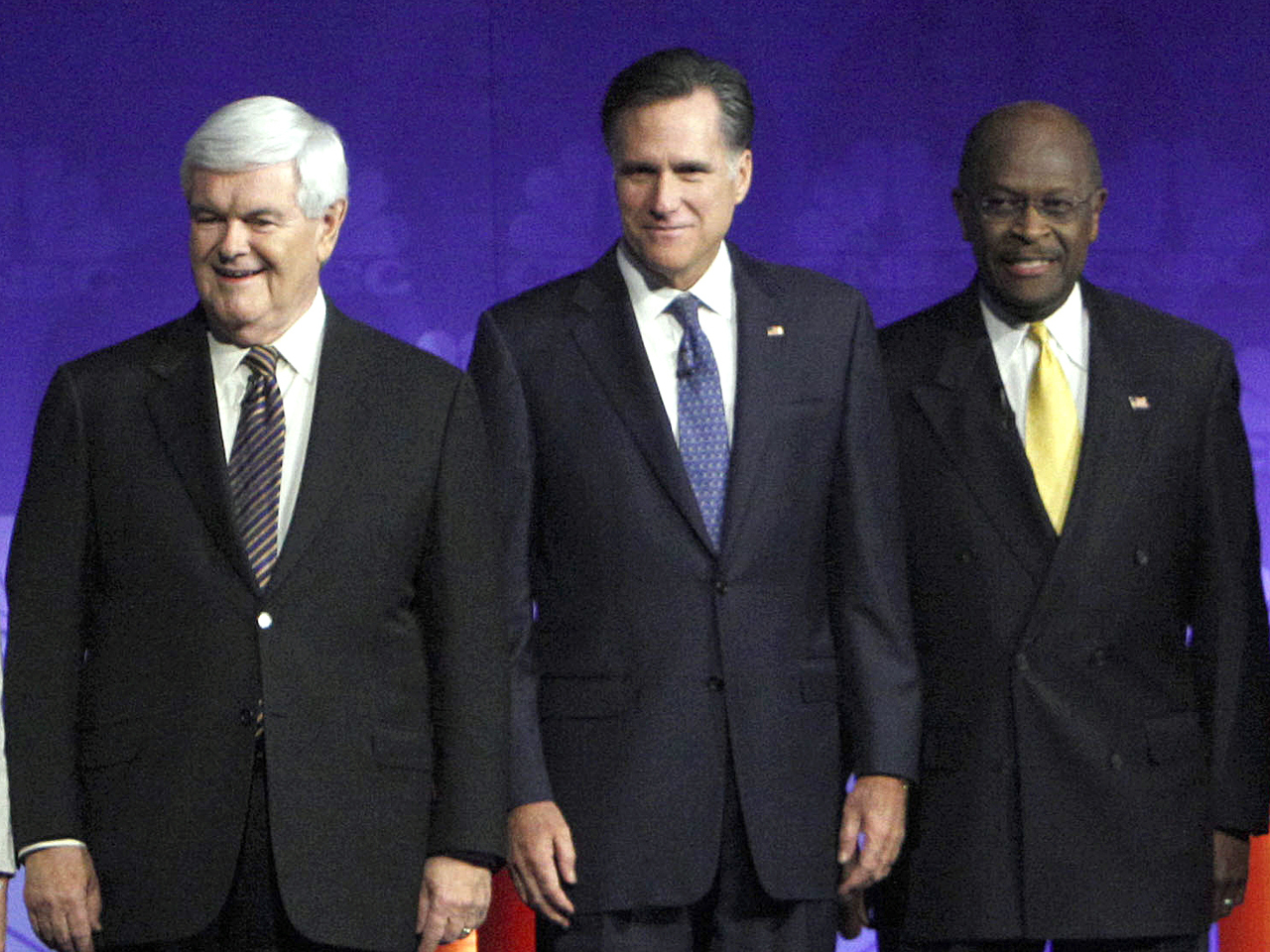 In the Republican race for the presidential nomination, Newt Gingrich's support continues to slowly grow, and he is now tied with Mitt Romney for second place, while Herman Cain just edges both of them out for the top spot. Both Cain and Romney have lost support since late October.

In a new CBS News Poll, 61 percent of Republican primary voters say the sexual harassment accusations against Cain won't make any difference in their vote, but 30 percent say the charges make them less likely to back him, and that rises to 38 percent among women. Cain has lost support among women since last month - from 28 percent in October to 15 percent now. He has lost ground with conservatives and Tea Party supporters as well.

But the race could still change; seven in 10 Republican primary voters say it is still too early to say for sure which candidate they will support.

The field of Republican candidates now has three candidates within striking distance of each other at the top of the list: with 18 percent, Herman Cain is in the top spot, followed by Mitt Romney and Newt Gingrich with 15% each. Support for both Cain and Romney has declined since late last month, and Gingrich is the only one of the top three whose support is steadily - if slowly - on the upswing.

Six in 10 Republican primary voters say the charges of sexual harassment against Cain make no difference to their vote. Still, 30 percent say the charges make them less likely to support him.

Of self-identified Tea Party supporters 71 percent say the allegations make no difference, as do 67 percent of conservatives. This poll was being conducted as new, and more specific, allegations arose against Cain.

Voters, overall, are following the story. Most say they have heard something about the harassment allegations, including 59 percent of Republican primary voters who have heard a lot.

Among Republican voters who have heard or read a lot about it, a majority still says the allegations won't impact their vote.

On Saturday night, CBS News and National Journal will host a Republican presidential primary debate on national security and foreign policy from Spartanburg, S.C. -- watch on the CBS Television Network or here at CBSNews.com at 8 p.m. ET.
Submit a debate question: What do you want to ask the candidates?
Preview: GOP candidates ready for CBS News/National Journal debate

This poll was conducted by telephone from November 6-10, 2011 among 1,182 adults nationwide. 1,029 interviews were conducted with registered voters and 382 with voters who said they plan to vote in a Republican primary. Phone numbers were dialed from samples of both standard land-line and cell phones.

The error due to sampling for results based on the entire sample could be plus or minus three percentage points. The margin of error for the sample of registered voters could be plus or minus three points and five points for the sample of Republican primary voters. The error for subgroups may be higher. This poll release conforms to the Standards of Disclosure of the National Council on Public Polls.