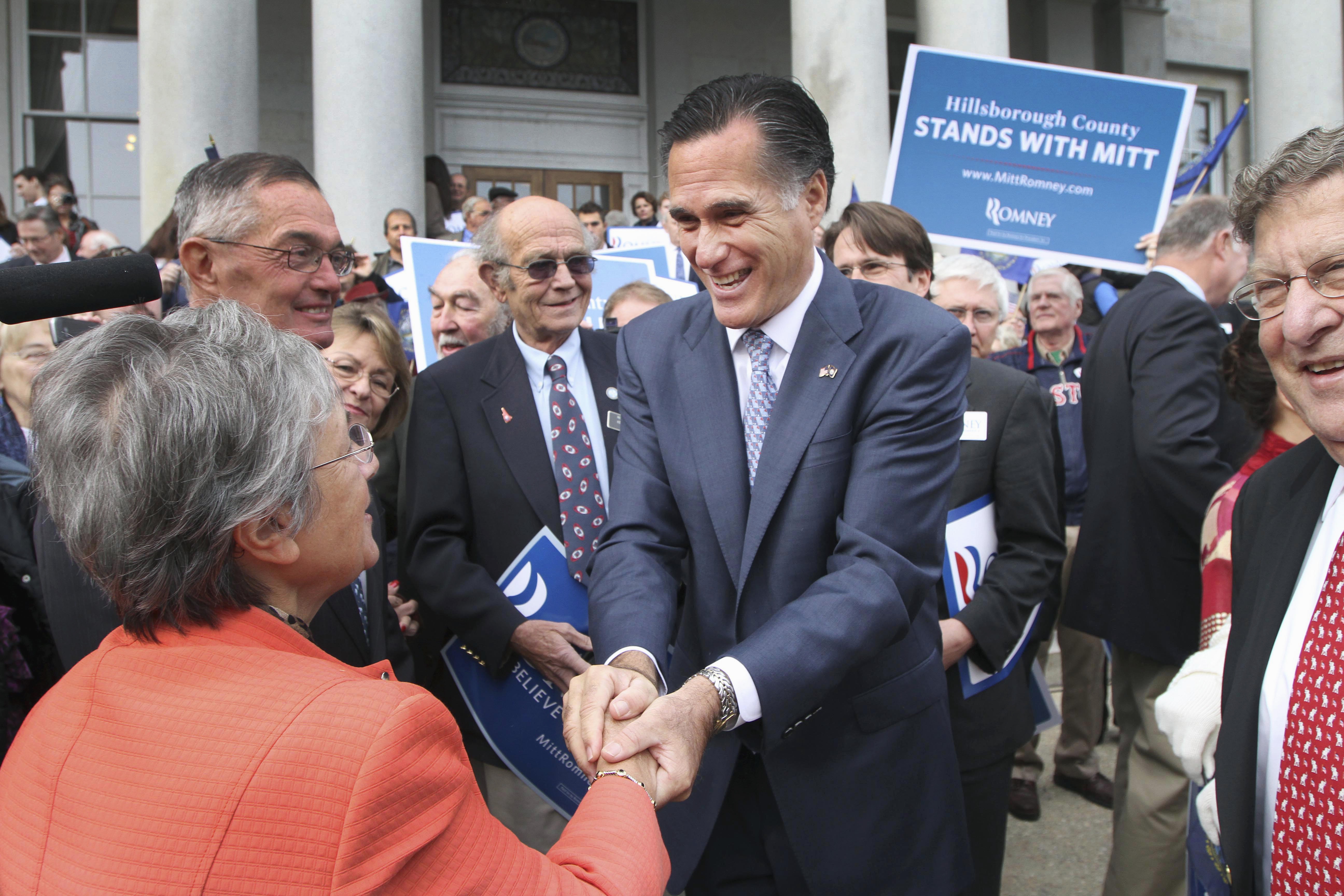 Four out of ten Republicans believe Mitt Romney would be the most likely candidate to beat President Obama in the general election, according to a new CBS News poll.

Romney, who has lingered at or near the top of the polls since the beginning of the 2012 presidential race, led Herman Cain by a 2-to-1 margin with 40 percent support.

Cain trailed in the category with just 20 percent, followed by Newt Gingrich and Rick Perry, each with six percent. Thirteen percent of respondents said they didn't know which candidate was most likely to beat Mr. Obama.

Electability, however, was not most Republicans' top priority when selecting a candidate: 58 percent said they believe it's more important to have a nominee who agrees with them on the issues than one who can beat Mr. Obama next year. Thirty-nine percent said the opposite.

But the race could still change; seven in 10 Republican primary voters say it is still too early to say for sure which candidate they will support.

This view appears to have helped Cain, who continues to lead Romney and Newt Gingrich overall -- though his numbers have slipped since sexual misconduct allegations against him surfaced in late October and November. Eighteen percent of respondents said they would support Cain for the GOP presidential nomination, while 15 percent said the same of each Romney and Gingrich.

Cain leads Romney and Gingrich among Republican voters who think it's more important that a candidate share their positions on issues; Romney leads among those who say electability is more important.

Forty percent of Republican primary voters said they prefer a nominee who has experience mostly in the business or private sector, as opposed to 14 percent who prefer a nominee with a mostly political background. Forty-one percent say it doesn't matter.

Republican voters also ranked Romney as the most qualified Republican contender to be commander-in-chief, with 26 percent support. He was followed by Gingrich, with 21 percent, and then Cain, with 11 percent.

Romney, with 17 percent, and Cain, with 13 percent, came out on top as the candidates who most represent voters' values; Bachmann followed with 10 percent support.

Still, two months before the Iowa caucuses, most voters say it's still too early to say for sure who they'll vote for in the primary contests. The total number of undecided voters, plus those who volunteer that they'd like "someone else," is up five points from last month, to 31 percent from 26 percent. And seven in 10 Republican voters who do pick a candidate say it's too early to say that their minds are made up.

A majority of voters who did choose a candidate said they have reservations about that choice. Only a third said they strongly favor the candidate they selected.

Meanwhile, only three frontrunners - Herman Cain, Mitt Romney, and Newt Gingrich - have a net favorable opinion among Republican primary voters. And many voters remain undecided about all eight major candidates.

The error due to sampling for results based on the entire sample could be plus or minus three percentage points. The margin of error for the sample of registered voters could be plus or minus three points and five points for the sample of Republican primary voters. The error for subgroups may be higher. This poll release conforms to the Standards of Disclosure of the National Council on Public Polls.