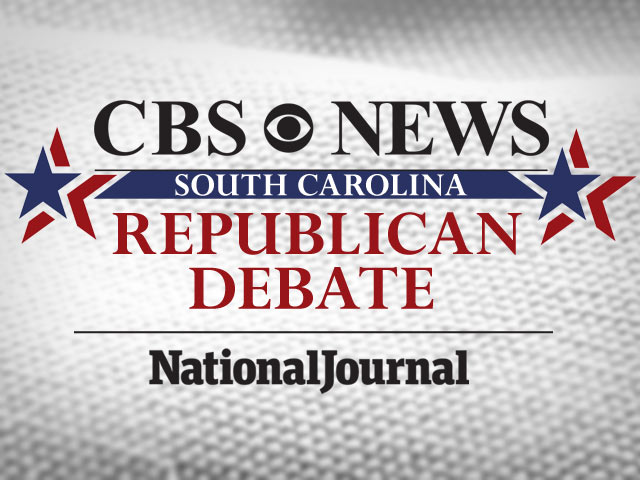 On Saturday, November 12, at 8 p.m. ET, CBS News and National Journal will present the first Republican presidential primary debate on broadcast television. It will take place at Wofford College in Spartanburg, S.C., and will be moderated by CBS Evening News anchor and managing editor Scott Pelley and National Journal congressional correspondent Major Garrett. The debate will focus primarily on national security and foreign policy. Viewers will be able to watch the debate on the CBS Television Network and streaming live right here on CBSNews.com.

There are four ways to participate by submitting questions:

(1) Debate questions can be submitted on Facebook, via the CBS News Facebook page or on the Political Hotsheet Facebook page. Starting today, we'll be soliciting questions on a variety of topics relating to national security and foreign policy.

(2) On Twitter, you can submit debate questions by Tweeting. Submit your questions as a Tweet, and simply add the hashtag #CBSNJdebate to your submission.

(4) Viewers can also submit debate questions in the comments section of this blog post. Also be sure to include your full name and location with you question.

IMPORTANT: By submitting a debate question via any of above methods, you consent to have your name and question presented on-air during a national television broadcast.