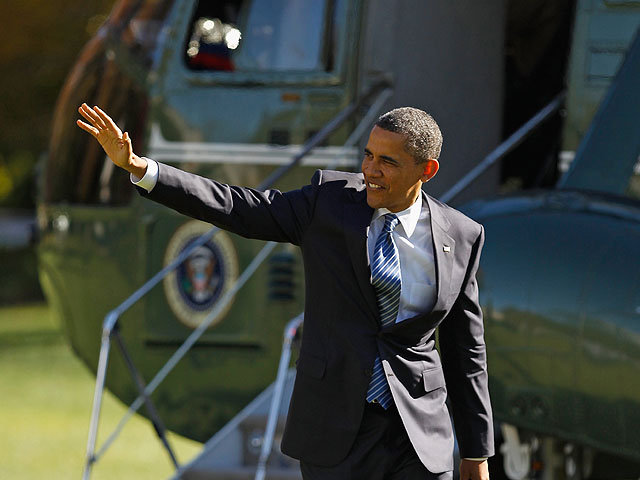 President Obama's ratings on the the most important issue for his re-election -- the economy -- have posted the weakest showing of his presidency, according to a poll released Friday by CBS News.

About 60 percent of voters said they disapprove of Mr. Obama's handling of the economy, the highest on record. Just 34 percent approve of the job he is doing on the matter.

His overall approval ratings are just 43 percent, while 47 percent disapprove of the job he is doing as president.

Among independents, just 39 percent are satisfied with his performance, while 76 percent of Democrats and 12 percent of Republicans approve of his job performance.

Those bleak numbers come just one day before eight Republican candidates hit the stage in Spartanburg, South Carolina, for the CBS News/National Journal debate on foreign policy at Wofford College. (The debate is at 8 p.m. ET -- watch on the CBS Television Network or here at CBSNews.com.)

On foreign policy, Mr. Obama's ratings are higher. About 45 percent of respondents approve of the job he is doing, compared to 41 percent who disapprove of his foreign policy performance.

On the specific subject of combating terrorism, about 63 percent approve of Mr. Obama's performance while 28 percent disapprove.

Despite Mr. Obama's weak approval ratings, they are still higher than the politicians at the other end of Pennsylvania Avenue.

Just 9 percent of respondents approve of the job Congress is doing, compared to 83 percent who disapprove of the legislature's job performance.

And the disapproval ratings for Congress are nearly equal across party lines. About 82 percent of Democrats disapprove of Congress' job performance, compared to 78 percent of Republicans.

Independents were least impressed with Congress. Just six percent of those not identified with a major party approve of the job Congress is doing and about 86 percent do not approve.

There appears to be little to look forward to for Mr. Obama and his campaign team.

This poll was conducted by telephone from November 6-10, 2011 among 1,182 adults nationwide. Phone numbers were dialed from samples of both standard land-line and cell phones. The error due to sampling for results based on the entire sample could be plus or minus three percentage points. The error for subgroups may be higher. This poll release conforms to the Standards of Disclosure of the National Council on Public Polls.