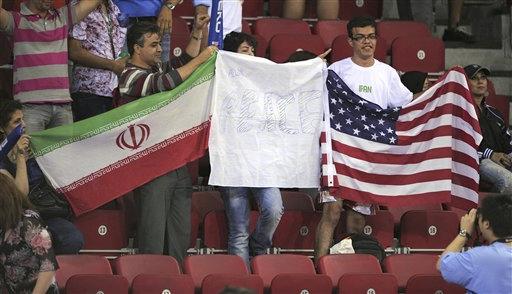 Congressional leaders have insisted their only motivation in getting involved in the Terri Schiavo case was saving a life. But Americans aren't buying that argument, a CBS News poll finds.

An overwhelming 82 percent of the public believes the Congress and President should stay out of the matter.

Public approval of Congress has suffered as a result; at 34 percent, it is the lowest it has been since 1997, dropping from 41 percent last month. Now at 43 percent, President Bush's approval rating is also lower than it was a month ago.

Over the weekend, Republicans in Congress pushed through unprecedented emergency legislation aimed at prolonging the brain-damaged woman's life by allowing the case to be reviewed by federal courts.

Since then, a federal judge and a federal appeals panel have turned down a request by Schiavo's parents to order doctors to reconnect the feeding tube that's kept their daughter alive for the past 15 years.

Wednesday afternoon, the case was rejected by the full 11th Circuit Court of Appeals. It could still be appealed to the U.S. Supreme Court.

Late Wednesday, leaders of the U.S. House filed papers with the Supreme Court supporting the parents' wishes to have the feeding tube restored -- even though the parents have not yet appealed to the high court. The House leaders, including House Majority Leader Tom DeLay, R-Texas, and Speaker of the House Dennis Hastert, R-Ill., argues that federal courts so far have misinterpreted the special Schindler legislation, and that the federal courts are required to keep Schiavo alive until a new review of her case.

President Bush, who rushed back from his Texas ranch to sign the bill early Monday, defended the actions he and Congress have taken on Schiavo's behalf, but said the White House has no further legal options.

"We felt like the actions taken with Congress was the best course of action," Mr. Bush said Wednesday.

White House spokesman Scott McClellan later said, "There really are not other legal options available to us."

CBS News Correspondent Wyatt Andrews reports there is evidence some Republicans saw a political opening in the Schiavo case, by framing her plight in the context of pro-life or anti-abortion politics.

One memo circulating in the Senate last week touted how the "pro-life base will be excited by the issue."

Republican leaders strongly disavowed that, but on Friday, House Majority Leader Tom DeLay told the Family Research Council, a leading Christian group, that the Schiavo case was sent by heaven to focus attention on the helpless.

"One thing that God has brought to us is Terri Schiavo, to help elevate the visibility of what's going on in America," said DeLay, R-Texas.

He also described the stakes behind the Schiavo showdown as personal.

"This is exactly the issue that's going on in America, the attacks against the conservative movement, against me and against many others."

However, not all conservatives are happy with the decision by Congress and President Bush to intervene in the Schiavo case.

Former Rep. Bob Barr, R-Ga., said the new law was an example of the big government conservatives have always opposed.

"To simply say that the 'culture of life,' or whatever you call it means that we don't have to pay attention to the principles of federalism or separation of powers is certainly not a conservative viewpoint," said Barr.

Republican Sen. John Warner of Virginia voted against the legislation, saying it goes against the conservative principles of federalism.

"That the misfortunes of life vested upon Theresa Marie Schiavo are a human tragedy, no one can deny. I said my prayers, as did many Americans, as we attended religious services this Palm Sunday," he said. "I believe it unwise for the Congress to take from the state of Florida its constitutional responsibility to resolve the issues in this case."

Democrats tried to block the legislation from coming to a vote on the floor of Congress, and some accused the Republicans of acting out of political motives.

House Minority Leader Nancy Pelosi, D-Calif., said "Congressional leaders have no business substituting their judgment for that of multiple state courts that have extensively considered the issues in this intensely personal family matter."

"This rush to exploit a personal tragedy is not fair to those involved and will not create good policy," she said.

And Rep. Barney Frank, D-Mass., said, "If you don't want a decision to be made politically, why in the world do you ask 535 politicians to make it?"