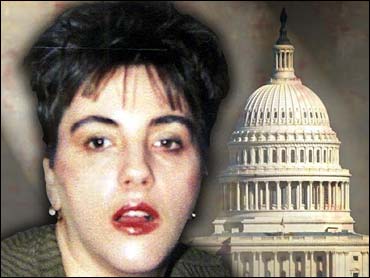 An overwhelming 82 percent of the public believes the Congress and President should stay out of the matter. There is widespread cynicism about Congress' motives for getting involved: 74 percent say Congress intervened to advance a political agenda, not because they cared what happened to Terri Schiavo. Public approval of Congress has suffered as a result; at 34 percent, it is the lowest it has been since 1997, dropping from 41 percent last month. Now at 43 percent, President Bush's approval rating is also lower than it was a month ago.

VIEWS ON THE CASE
Most Americans side with Terri Schaivo's husband in saying that the feeding tube should not be re-inserted now.

WHAT SHOULD HAPPEN TO TERRI SCHIAVO NOW?

President Bush signed the legislation concerning Terri Schiavo on Sunday night, but a majority of those who voted for him last November do not think the feeding tube should be re-inserted. John Kerry's voters agree.

Most Americans do not now think the case ought to go further up the judicial system. A majority, 61 percent, says the case should not be heard by the U.S. Supreme Court, while 37 percent say the court should hear the case.

SHOULD SCHIAVO CASE BE HEARD BY U.S. SUPREME COURT?

Overall, views on what should happen to Terri Schiavo now closely match what Americans think should have happened to her leading up to now. 61 percent think that the feeding tube ought to have been removed, while fewer -- 28 percent -- think it ought to have remained in place.

But whatever their stance on the issue, more than three in four say they feel "strongly" about their views on the matter. Majorities of those on both sides feel strongly.

HOW STRONGLY DO YOU FEEL ABOUT THIS ISSUE?

More than three-fourths of the public -- 76 percent -- say they are following the story either very or somewhat closely. This is about as high as the 79 percent who reported they were closely following the Abu Ghraib prisoner abuse scandal in May 2004, and higher than the 61 percent who closely followed the Congressional hearings surrounding the 9/11 investigation in April 2004.

INVOLVEMENT BY THE CONGRESS AND THE PRESIDENT
The vast majority of Americans say Congress and the President should stay out of the Schiavo matter.

SHOULD CONGRESS AND THE PRESIDENT BE INVOLVED IN SCHIAVO MATTER?

There are no partisan political differences on this issue: majorities of Democrats (89 percent), Republicans (72 percent), liberals (84 percent) and conservatives (76 percent) are in agreement that the government should not be involved. 68 percent of white evangelicals think that Congress and the President should stay out of the Schiavo case.

And Congress' motives for being involved are seen as driven by political calculations, not compassion.

WHY DO YOU THINK CONGRESS GOT INVOLVED?

They care about Terri Schiavo

Congress' involvement in the case may have damaged the public's view of that institution. In this poll, 34 percent approve of the way Congress is handling its job, down from 41 percent last month, while 49 percent now disapprove, up from 44 percent last month. This is the lowest approval rating Congress has received since December 1997, in the wake of Congressional hearings into Democratic fundraising practices.

13%
Government should stay out

The public also foresees troubling ramifications from this case: two-thirds are concerned that Congress' actions in this matter will set a precedent, making it easier for the legislature to intervene in individuals' lives in the future.

WILL CONGRESS' ACTIONS THIS WEEK MAKE IT EASIER FOR THEM TO INTERVENE IN THE FUTURE?

Yes, and concerned about it

68%
Yes, but not concerned about it

ATTITUDES TOWARD LIFE AND DEATH
This poll also asked Americans general views on life and death decisions in these kinds of matters.

IF YOU WERE IN A COMA, WOULD YOU WANT YOUR DOCTOR TO REMOVE THE FEEDING TUBE AND LET YOU DIE?

IF PATIENT IS IN A COMA, SHOULD CLOSE FAMILY MEMBER BE ABLE TO HAVE DOCTOR REMOVE THE FEEDING TUBE AND LET THE PERSON DIE?

In general, in the absence of a legal directive, most Americans think a spouse has the ultimate authority in these matters. If a patient is in a vegetative state, has left no legal document stating what kind of medical care he or she would want, and family members disagree as to what should be done, 62 percent of Americans think the patient's spouse should have the right to make the final decision about what should be done for the patient medically. 15 percent think the patient's parents should make the final decision, and another 10 percent want the patient's adult children to decide.

WHO SHOULD MAKE THE FINAL DECISION IF THE PATIENT IS IN A VEGETATIVE STATE AND DID NOT LEAVE LEGAL INSTRUCTIONS?

In a separate situation, six in ten say if a doctor injects a terminally ill patient with a lethal dose of drugs at the person's request it is not the same thing as murder. 28 percent say it is.

IF A DOCTOR INJECTS TERMINALLY ILL PATIENT WITH LETHAL DOSE OF DRUGS AT THE PERSON'S REQUEST, IS THAT THE SAME AS MURDER?

Not the same
Now

Views on the matter are similar to what they were in November 1998, shortly after CBS' 60 Minutes aired Dr. Jack Kevorkian participating in the death of a terminally ill patient. Back then, 61 percent said a doctor injecting a patient with a lethal dose of drugs at the person's request was not murder.

LIVING WILL
The Schiavo case highlights the importance of living wills -- legal documents that detail what kind of medical care individuals would want should they become unable to make medical decisions themselves. This poll shows that Terri Schiavo is far from alone in not having such a legal document: only one in three Americans say they have a living will; 67 percent say they do not.

DO YOU HAVE A LIVING WILL?

Older Americans, those who are college-educated, and Republicans are the most likely to currently have a living will. A majority of Americans age 65 and older say they have one.

HAVE A LIVING WILL
Total

There is a strong partisan element to these views; the President's approval rating is especially low among Democrats (11 percent approve), while 85 percent of Republicans approve.

As a matter of national priority, the public continues to say the war in Iraq (26 percent) and the economy and jobs (15 percent) are the most important problems facing the U.S. today. Only 6 percent mention Social Security, about the same as last month.

This poll was conducted among a nationwide random sample of 737 adults interviewed by telephone March 21-22, 2005. The error due to sampling could be plus or minus four percentage points for results based on all adults. Error for subgroups may be higher. 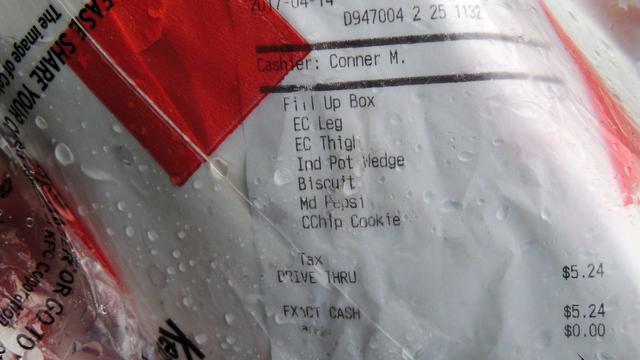