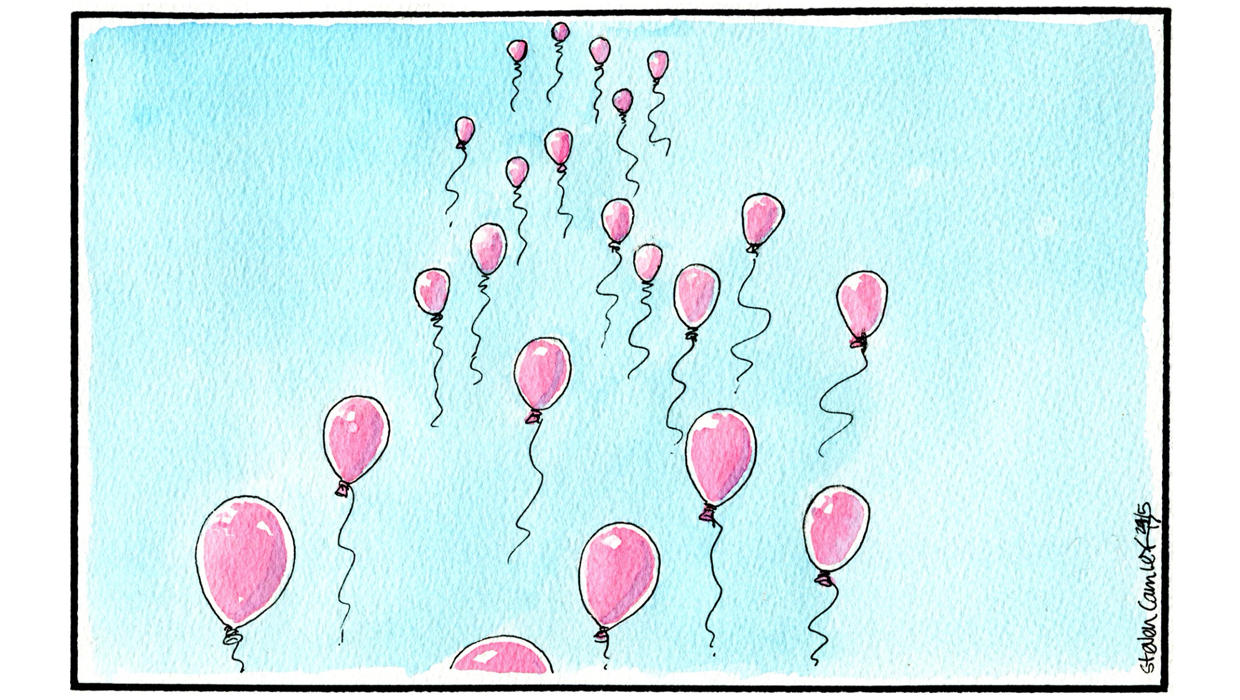 At the end of the Ariana Grande concert in Manchester on Monday night, large pink balloons were released from the rafters. The lights came on, and people were starting to pour out of the arena when an explosion killed 22 people.

In videos taken from inside the venue, the fans — many of them young girls — can be seen clutching those pink balloons as they start to realize what had happened. The crowd begins to flee, and the balloons are left behind.

Now, pink balloons are being used as a symbol of solidarity with Manchester. At a vigil in Germany on Tuesday, balloons were released to honor the victims of the deadly attack. Some restaurants in the U.K. have tied pink balloons outside to show their support.

A search of the #PrayForManchester hashtag on Instagram and Twitter produces countless drawings, animations, and photos of balloons as people remember the lives lost.

Dozens of posts on Instagram and Twitter showed that many residents in and around Manchester released balloons from their homes on Wednesday evening in a show of unity, after a caller on a popular morning show in the area asked listeners to join him in the touching tribute.

In the immediate aftermath of other recent terror attacks, certain tribute images have emerged on social media. After the Paris and Brussels attacks, their flags were used for countless profile photos and drawings online as the world mourned.

Now the Manchester attack, which targeted a venue filled with young girls, has inspired the balloons as a way to remember the victims as the community starts to heal.