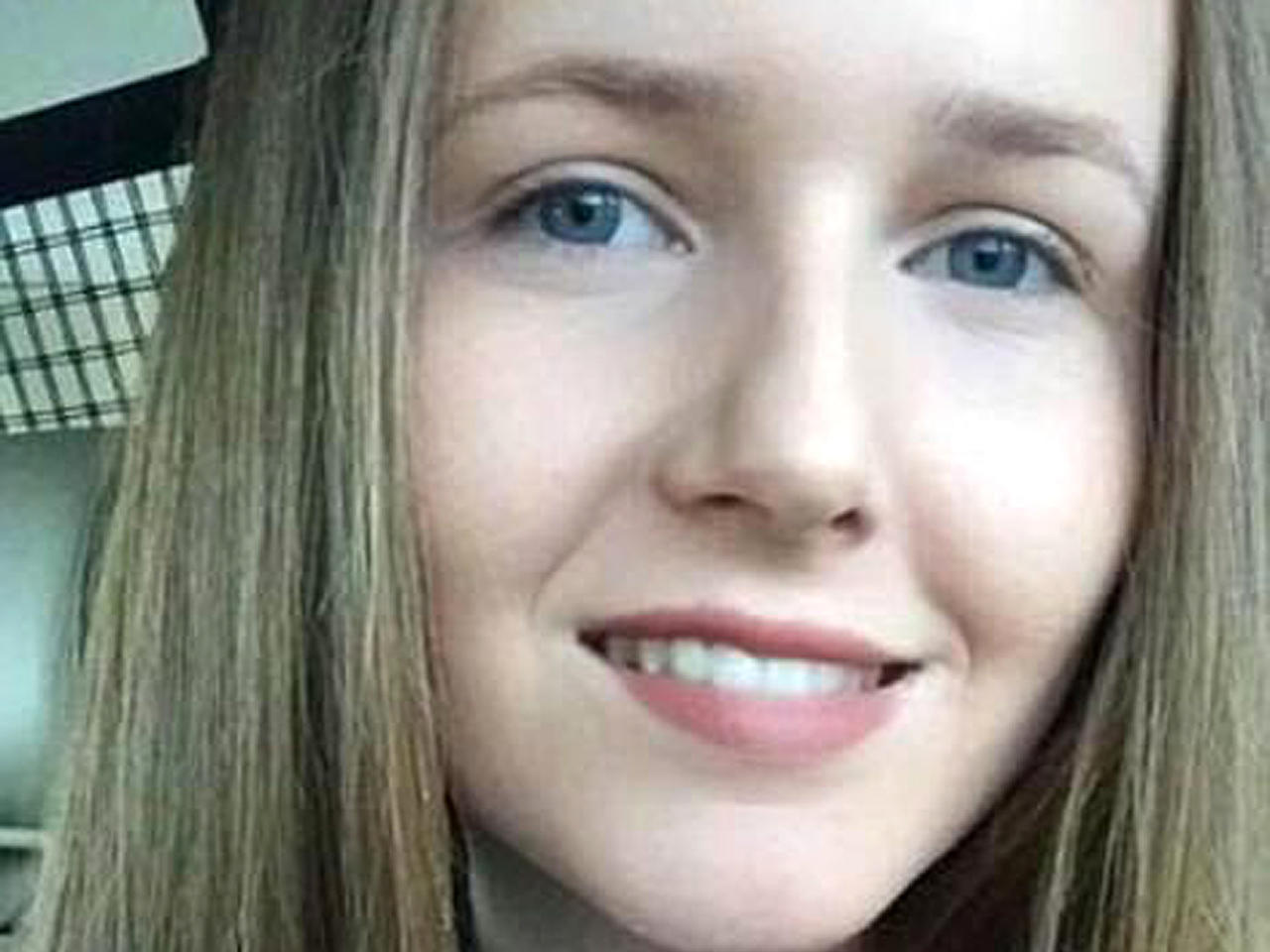 LONDON -- Saffie Rose Roussos was leaving the show Monday night with her mother and sister when a suicide attack on the concert in Manchester tore through an entrance foyer to the sports arena, killing at least 22 people and injuring 59.

Saffie, just eight years old, is the youngest victim to have been identified, but pop star Ariana Grande has many young fans, and many of the victims were children or teenagers. An off-duty police officer was also among the dead.

Below is the information that has been made available on the victims of the terror attack thus far.

The final victim of the Manchester bombing attack was identified late Thursday as 15-year-old Megan Hurley. She was described by a friend as "gentle and unassuming, not an extravert, but she had a great sense of humour and loved to make people laugh," according to the Telegraph newspaper.

Megan's brother was reportedly seriously injured in the attack.

A neighbour, Helen McDermott, set up an online fundraising page for the family, which, on Friday, had already surpassed its goal of £7,500.

"People locally thought it would be a good idea to try and help her family," she told the Guardian newspaper. "There has been a lot of sympathy and support throughout the community for them. We are overwhelmed by how much has been donated."

Courtney Boyle, 18, and her stepfather Philip Tron, 32, from Gateshead near Manchester, were confirmed on Thursday to have been killed in the explosion.

Tributes to the pair were released by the Greater Manchester Police.

"My stunning, amazing, beautiful daughter, you were my rock. You made me so proud with all you had achieved, and my gorgeous crazy Philip, you made my world a happy place and now you are both my angels flying high in the sky."

Tron had taken his stepdaughter to the concert.

Wendy Fawell, 50, was confirmed dead on Thursday in a tweet by the primary school where she worked. She had reportedly been attending the Ariana Grande concert with her daughter and was by the exit when the explosion took place.

In a statement, the family of police officer Elaine McIver confirmed she had been killed in the Manchester attack. She had been off-duty when the explosion went off outside Manchester Arena.

"Elaine just loved life, and had a major love of music," the statement read. "Despite what has happened to her, she would want us all to carry on regardless and not be frightened by fear tactics, instead she regularly urged us all to rise up against it."

Her husband was also injured in the blast.

14-year-old Sorrell Leczkowski was confirmed among the dead in the Manchester bombing, according to a statement issued by her school. Her mother and grandmother were reportedly injured in the blast.

The statement said she "was a delightful member of the school community. She enjoyed her studies, had a lovely group of friends and was a real asset to Allerton High School."

The parents of 14-year-old Eilidh MacLeod confirmed in a statement issued by the Greater Manchester Police that their daughter died in the bombing.

The statement said, "Our family is devastated and words cannot express how we feel at losing our darling Eilidh. Eilidh was vivacious and full of fun. She loved all music whether it was listening to Ariana or playing the bagpipes with her pipe band. As a family, we would like to express our thanks and gratitude for the support and kind messages we have received at this difficult time."

Greater Manchester police confirmed Chloe Rutherford, 17, and Liam Curry, 19, were killed in the blast. The couple attended the concert together.

"They were beautiful inside and out to ourselves and our families, and they were inseparable," read a joint tribute from their families released by police. "They lived to go to new places together and explore different cities. They wanted to be together forever and now they are."

Greater Manchester Police released a statement on behalf of the family of Michelle Kiss, a mother of three who was killed in the blast. The family confirmed Kiss "tragically died in the horrible event that occurred on Monday night."

"Family was her life and we are all obviously devastated by her loss," Kiss' family said. "She has been taken away from us, and all that love her, in the most traumatic way imaginable."

Kiss' family members said they hope to "draw from the courage and strength she showed in her life to get through this extremely difficult time."

A receptionist at South Shore Academy in Blackpool, Jane Tweddle, 51, was killed in the Manchester bombing, a spokesperson for the school confirmed to CBS News on Wednesday. She had reportedly gone to the arena with a friend to pick up a her friend's daughter.

The principal of the South Shore Academy, Jane Bailey, put out a statement, saying, "Jane was a truly wonderful friend and colleague to all of us."

The statement goes on to call her, "bubbly, kind, welcoming, funny, generous….. the list goes on. Our thoughts are also with her family at this dreadful time and in particular her three daughters. In our school family and theirs …… she is irreplaceable, much loved and will never be forgotten."

14-year-old Nell Jones was confirmed as a victim of the Manchester attacks by her school, Holmes Chapel Comprehensive, which released a statement saying that, according to police, she died at the scene of the bombing.

"We are all devastated by the loss and as a school community we must now come to terms with what has happened. Nell was a very bright and popular student," the statement read.

"Nell's family are devastated by the news and have asked that they be allowed to come to terms with their loss in private," it continued.

Angelika and Marcin Klis have been confirmed as the two Polish nationals killed in the attack on Manchester Arena, a Polish government official told CBS News.

Earlier Wednesday, Poland's Foreign Ministry said that two of that nation's citizens were among the dead.

Angelika was 40 years old and Marcin was 42.

Their daughter, Alex Klis, a 20-year-old student at the University of York, had earlier posted on Facebook asking for anyone with information about her parents to come forward.

"Anyone who is in a safe place or hospital in Manchester, if anyone comes across my parents please please let me know as they've been missing ever since the attack, this is a picture taken tonight so this is exactly what they were wearing," she said.

Hayward tweeted, "We got the news last night that our wonderful iconic and beautiful Martyn didn't survive. He left this world exactly how he lived, centre of attention. I'm in a really bad way so please forgive me if I don't reply. Thankfully, I have his wonderful family and amazing friends to keep each other strong. I love you Martyn. I always will. X."

Martyn's final tweet was from inside the Ariana Grande concert. He said, "When you sneak out for a toilet break on the Macy Gray song and the entire arena had the same idea #DangerousWomanTour."

Lisa Lees, 47, and Alison Howe, 45, were waiting to pick up their daughters outside Manchester Arena when the explosion went off, the Mirror newspaper reported.  Their children, both aged 15, were safe, the Mirror said.

Alison's son, Jordan Howe, posted on Facebook, "They took a caring and beautiful mum and step mother away from us all she was amazing to us all x love you loads Alison Howe xx"

Lisa's brother, Lee Hunter, confirmed that his sister had also been killed. He posted on Facebook, "For those who don't know Lisa is gone but never ever forgotten I love you Lisa I'll miss you so much."

Kelly Brewster, a 32-year-old civil servant, was reportedly leaving the concert with her sister, Claire, and her 11-year-old niece, Hollie when she shielded her family from the blast.

Hollie and Claire survived the attack and were being treated for shrapnel wounds on Tuesday.

Kelly's uncle, Paul Dryhurst, said, "Kelly shielded Hollie and Claire from the damage. The three were walking out in single file, with Claire in front, Hollie behind her, and Kelly behind her. When the bomb has gone off the impact has broken Claire's jaw and broken Hollie's legs," The Sheffield Star newspaper reported.

Kelly's partner, Ian Winslow, said on Facebook, "Kelly Brewster wasn't one of the unidentified hospital patients. She has sadly passed away in the terror attack yesterday. Kelly really was the happiest she has ever been and we had so many things planned together. My daughter Phoebe will be absolutely devastated like we all are. Love you loads X "

15-year-old Olivia Campbell was killed in the attack on Manchester Arena, her mother confirmed Tuesday night.

A desperate Ms. Campbell had made appeals in the media to try to find her missing daughter, CBS News correspondent Jonathan Vigliotti reports.

"We have not slept, we have got family out looking for her, please please somebody must have seen her at some point, just let me know you have seen her, let the police know, let anyone know, please," she said.

"Saffie was simply a beautiful little girl in every aspect of the word," said Chris Upton, the head teacher at Saffie's school. "She was loved by everyone and her warmth and kindness will be remembered fondly. Saffie was quiet and unassuming with a creative flair."

Her death was a "tremendous shock," he continued. "The thought that anyone could go out to a concert and not come home is heartbreaking."

Saffie's mother, Lisa Roussos, and her sister, Ashlee Bromwich, survived and were being treated for their wounds in separate hospitals.

According to reports, 26-year-old pop music fan John Atkinson was killed as he was leaving Monday's Ariana Grande concert. An online fundraising page was created to help his family finance the funeral, which, on Tuesday, had already surpassed its goal of £1000.

"John was one one in a million and loved by so many!!" the page says. "A true gentleman. R.I.P John thoughts and prayers with you family and all of the other victims effected by this tragedy."

The first victim to be named in the aftermath of the Manchester attack was 18-year-old Georgina Callander. A statement from her school, Runshaw College, said, "It is with enormous sadness that it appears that one of the people who lost their lives in Monday's Manchester attack was one of our students."

Georgina, who was studying Health and Social Care, had posted on social media about how much she was looking forward to seeing Ariana Grande perform. On Sunday, she tweeted the singer, saying, "SO EXCITED TO SEE YOU TOMORROW."

The Islamic State of Iraq and Syria (ISIS) claimed responsibility for Monday night's suicide bombing in a generic statement posted online. CBS News confirmed Tuesday that the man who blew himself up outside the Ariana Grande concert in Manchester, England was 22-year-old Salman Abedi, who was known to British authorities prior to the attack.

This story is developing. Check back for updates.