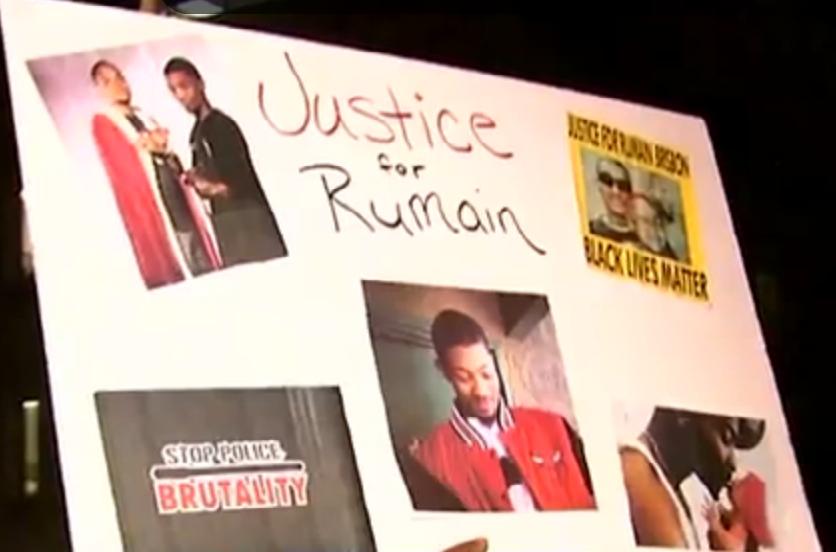 Civil rights leaders, activists and community members have held multiple rallies and marches during the last week demanding police release the name of the officer involved in the Dec. 2 incident.

Rine, a seven-year veteran of the department, has been reassigned to non-enforcement duty pending the outcome of the investigation, Phoenix police Sgt. Trent Crump said Tuesday afternoon.

Rine recently won a "Hometown Heroes" award by a home builders' foundation. He was nominated for the honor by his wife.

KPHO reports that Rine served four years in the Marines before joining the Phoenix Police Department.

Police say Rine was conducting an investigation into calls that Brisbon, 34, was selling drugs out of his SUV.

Rine allegedly believed Brisbon might have a weapon in his pocket, but Brisbon had only a pill container at the time.

The deadly shooting of Brisbon, a black, unarmed suspect by a white police officer, is the latest in a string of similar incidents that have sparked protests across the country.

The Phoenix shooting occurred the day before a grand jury in New York City decided not to indict a white police officer in the chokehold death of Staten Island resident Eric Garner.

The shootings and court decisions have led to nationwide protests decrying police tactics and use-of-force regulations.