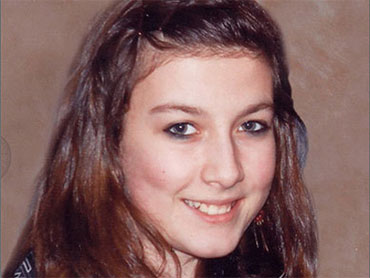 BOSTON (CBS/AP) Phoebe Prince endured three long months of vicious verbal and electronic attacks at the hands of three classmates before hanging herself in the stairwell of her home, according to recently released court papers.

Prosecutors say that witness accounts paint an "intolerable" campaign of insults, humiliation and, in the final days of Phoebe's life, threats.

The court papers also shine a negative light on school officials with witnesses saying that Phoebe was so terrified she went to school administrators because "she was scared and wanted to go home," but that Phoebe told a friend later that no action would be taken.

Ashley Longe, Sharon Chanon Velazquez and Flannery Mullins, all 16, pleaded not guilty through their lawyers Wednesday to civil rights violations and criminal harassment.

Sean Mulveyhill, 17, and Austin Renaud, 18, and Kayla Narey, 17, three other teens charged in connection with Prince's death, also had not guilty pleas entered by lawyers on Tuesday.

The court papers describe what investigators indicate was a pattern of abusive taunts, text messages, Facebook postings, threats, and efforts to corner Phoebe, whose reactions are described variously as fearful, panicked and distraught.

Phoebe is quoted as telling a friend on Jan. 13, one day before she committed suicide, that "school has been close to intolerable lately."

The verbal assaults described by witnesses in the court papers include Longe "screaming at [Ms. Prince] from across the library," calling her at different times an "Irish whore" and "slut."

The day Phoebe committed suicide Longe allegedly threw an empty "Monster Drink" can at her from a moving car, calling her a "whore" and laughing. This apparently was the last straw for Phoebe, according to the court papers, because her younger sister found her hanging in the stairwell of her home later that day.