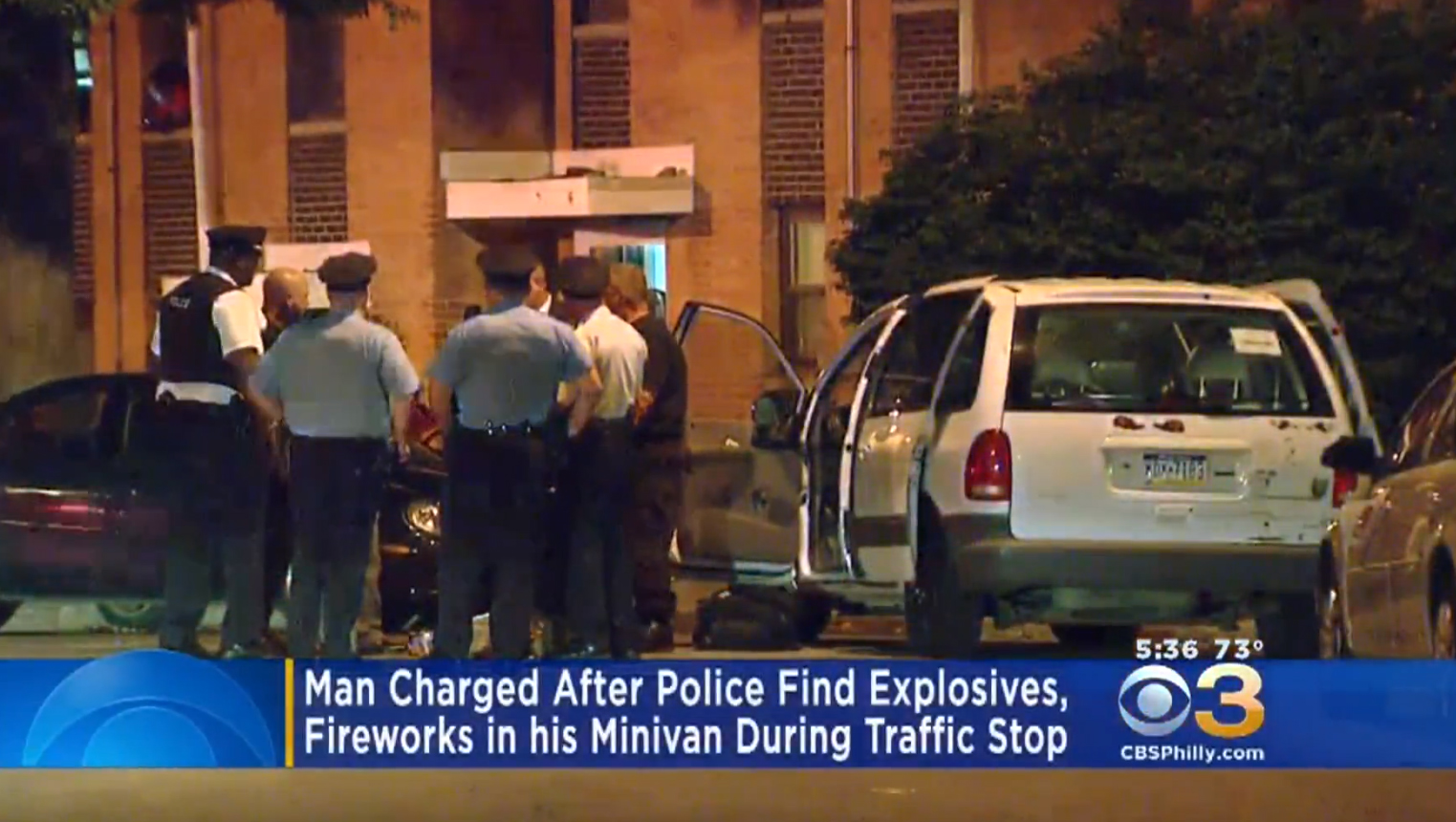 Police made the discovery after spotting a minivan that was double-parked in the city's East Germantown neighborhood Tuesday night.

Officers say they smelled marijuana and found drugs, fireworks and two explosive devices. Two 3-year-old children were also in the van. Homes in the area were evacuated.

Police arrested the 31-year-old old driver. They did not immediately release his name. Officials say the bomb squad confiscated homemade explosive devices that are the equivalent of a quarter stick of dynamite.

"Which is pretty powerful," Philadelphia police Chief Inspector Scott Small told CBS Philadelphia. "Depending on how close those devices were to explode near people, they could cause, I'm sure, serious injury, possibly even death."

Police say the timing of the incident is concerning as the Democratic National Convention is set to take place in Philadelphia next week.

"Especially with the Democratic National Convention coming up we're not too happy about finding anyone with explosive devices in this city," Small told the station.

Police tell the station they're investigating the driver's intentions. He will face charges for the explosives and drugs and possibly reckless endangerment.