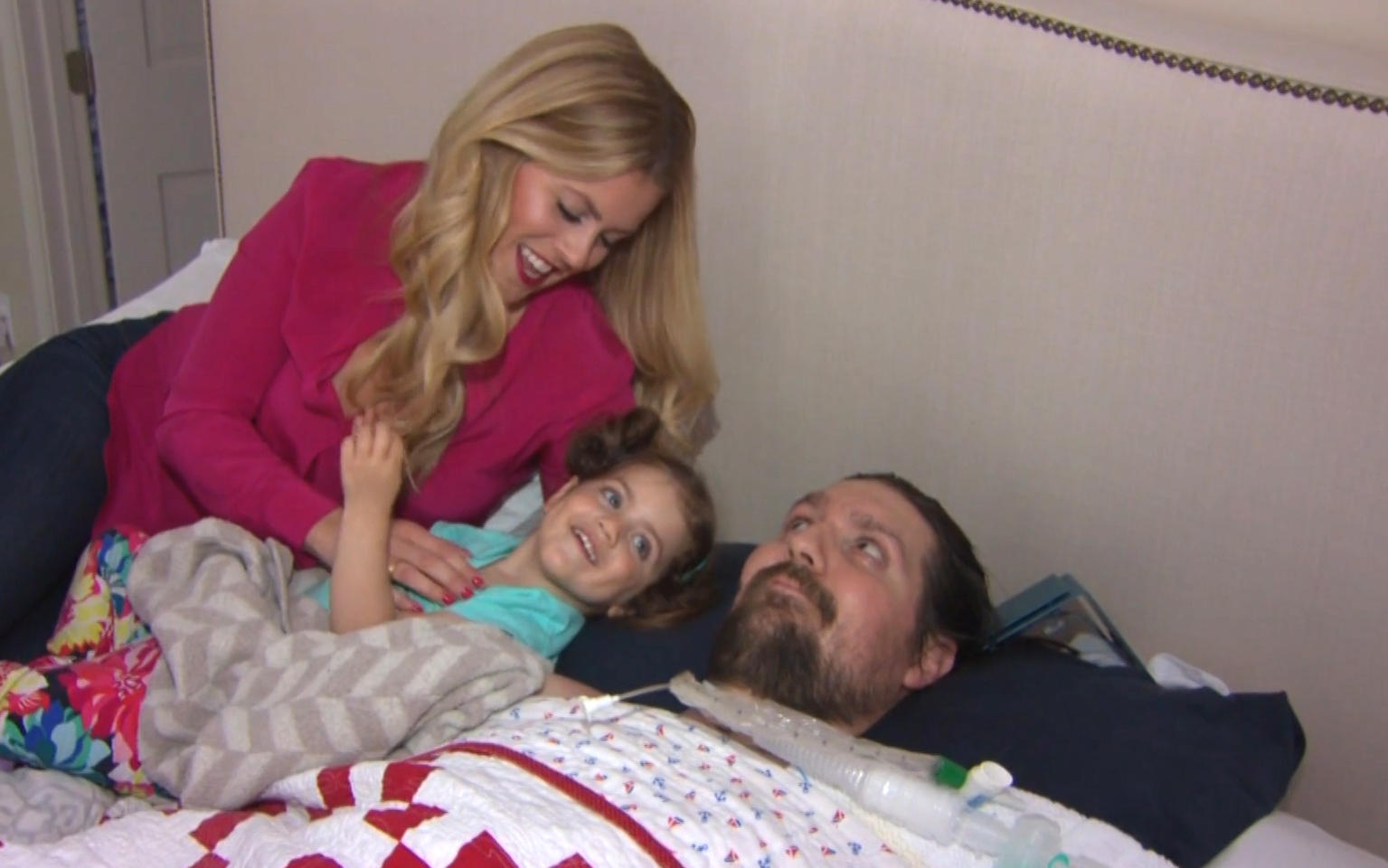 Pete Frates, the man who inspired the viral Ice Bucket Challenge, has returned home to his family after his latest hospitalization.

On Wednesday, his wife Julie tweeted a photo of Frates and his young daughter with the caption, "Finally, everything feels right... welcome home Daddy."

In an interview with CBS Boston before Frates was released from the hospital, his brother Andrew said he was "doing awesome."

"The last month has been pretty tough," Andrew Frates said. "Once he gets home, he'll be with his wife and his daughter and our family, and he'll enjoy the Sunday cookouts that we have, and some more Red Sox baseball."

Last week, the Frates family dealt with a false report that Pete had died after media personality Mike Barnicle tweeted that he had passed away at 32.

"It was a wild day," Andrew said. "I've always told all my friends and whatnot that we'll never experience the month of the Ice Bucket Challenge in August of 2014. Last week was pretty close!"

Barnicle deleted the tweet and apologized, but it had been re-tweeted over 1,000 times.

"There was a 10-minute window where our family, we were kind of doubting ourselves," Andrew said. "Mike Barnicle put our house into a little bit of a tailspin."

The family immediately started trying to contact the private nurse who is with Frates 24/7, but her phone was off. When they finally got in touch with her, she said he was resting comfortably.

"I had 45 text messages all in a row," Andrew said. "I'm trying to tweet out correct reports as well. We went to our Team FrateTrain Facebook page and we got to just correcting the story."

Andrew reminded people that any news about Frates would come directly from the  family.

"I have never met Mike personally in the five years of our journey," Andrew said. "I know Pete and Mike's son played baseball together in a league maybe 10, 15 years ago … for the news to come from someone that we don't have a personal connection with is kind of strange."

But he said the family accepts Barnicle's apology.

"What's done is done, and thankfully, like I mentioned, my brother has a great sense of humor and he's actually spun it into more positive ALS awareness."

Last May, they told WBZ-TV about their struggle to pay those bills, even as they helped to raise millions for ALS research. The family said they have been burdened with health care costs of $80,000 to $90,000 each month.

"Our great family friend Rob Griffin has spearheaded a pilot program called the Pete Frates Home Health Initiative in conjunction with the ALS Association, and it is going to cover all of Pete's medical bills," Andrew said.

The initiative has Pete's care costs covered for the next year.

Andrew also talked about an upcoming book on the family's story, "The Ice Bucket Challenge: Pete Frates And The Fight Against ALS," by Casey Sherman and Dave Wedge, which is available for pre-order.