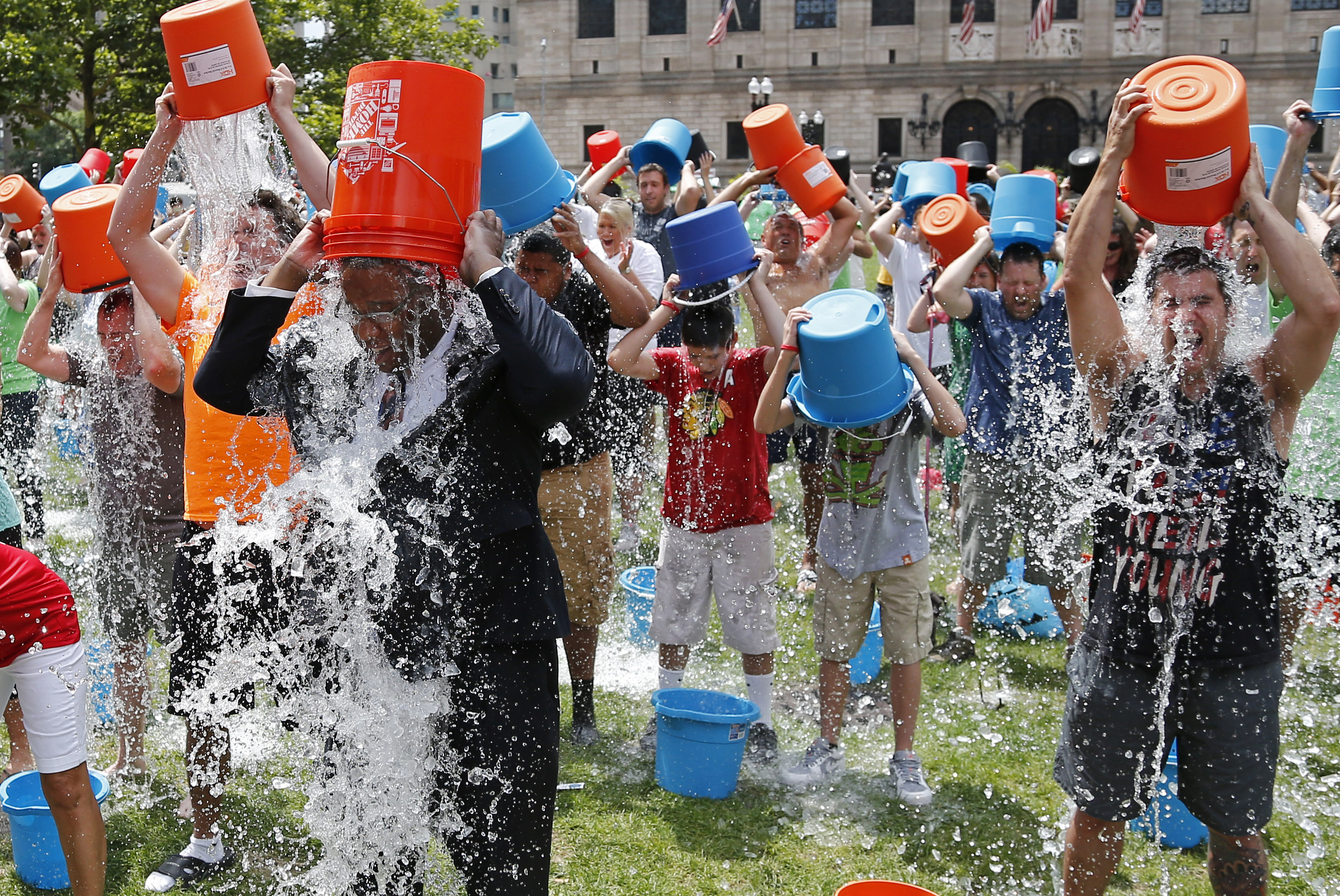 This time last year, Facebook feeds everywhere were inundated with videos of family, friends and former acquaintances of years past pouring buckets of ice water over their heads, all in the name of charity.

The viral campaign, known as the ice bucket challenge, raised more than $220 million for medical research and treatment for amyotrophic lateral sclerosis (ALS), a neurological disease in which nerve cells gradually break down and die, ultimately resulting in the loss of muscle function throughout the body.

Celebrities from Oprah to Justin Timberlake to LeBron James participated in the challenge to help raise money and awareness for the crippling and ultimately fatal condition - also called Lou Gehrig's Disease.

But it also garnered its share of criticism, with some calling it social media "slacktivism" that let people feel good about the cause without actually achieving anything.

Now, researchers from Johns Hopkins are saying they've made a breakthrough in ALS research and that money raised from the ice bucket challenge helped them get there.

ALS researcher Jonathan Ling participated in a Reddit "Ask Me Anything" this month to discuss a newly-released study, in which he and his colleagues further explored a dysfunctional protein in ALS patients called TDP-43.

They looked at the protein in mice cells and found that when TDP-43 - which decodes DNA when functioning properly - breaks down and becomes "sticky," they are unable to read DNA and the cell dies within a few days.

Furthermore, when the researchers inserted another protein specially designed to mimic TDP-43 into the neurons, the cells came back to life and returned to normal functioning.

While the research is still preliminary, the authors say it's a step towards finding a treatment for the nearly 30,000 Americans affected by the disease, for which there is currently no cure.

"With any luck this could lead to possibly a cure or really just slowing down this terrible disease," said study author Jonathan Ling, a Johns Hopkins researcher, in a YouTube video explaining the work.

Ling also addressed critics who claimed the ice bucket challenge was a waste of time and those who thought scientists weren't using the money for research.

"I assure you that this is absolutely false," he wrote on Reddit. "All of your donations have been amazingly helpful and we have been working tirelessly to find a cure. With the amount of money that the ice bucket challenge raised, I feel that there's a lot of hope and optimism now for real, meaningful therapies."

The Johns Hopkins research, which was published in the journal Science, is just one of many ALS projects funded with the help of money raised from the ice bucket challenge.

The ALS Association, which received $115 million of the donations, said it is putting the money toward new initiatives to find treatments and a cure for the disease through research, care services and public policy. The organization has adopted the ice bucket challenge as a yearly initiative taking place every August.

"We hope this will be the first of many research discoveries fueled by people's participation in the ALS Ice Bucket Challenge," Barb Newhouse, President and CEO of The ALS Association, said in a statement. "Progress is being made when it comes to finding treatments and a cure for this disease, and we're so grateful for the support this August and every August until there's a cure."

Dr. Marc Treihaft, Medical Director of the ALS Clinic at Colorado Neurological Institute, has seen firsthand how the money raised from the challenge has impacted patients served by the clinic, which is connected to the ALS Association -- particularly those in rural and underserved areas.

"Those patients are really isolated. There are no services, no back-up services," he told CBS News. "The ALS Association sends people out to their houses to check on them and their home situations."

Treihaft said some of the ice bucket donation money also goes directly to patients in need. He gave the example of a man in his 40s seen at the clinic who received thousands of dollars to help pay for home health care.

"He has young children," Treihaft said. "He used to be able to make a living and now he can't anymore. It's a devastating disease that not only affects the patient but the whole family."

The ALS Association is able to help with other resources, including wheelchairs, special vehicles and breathing apparatuses with the help of money raised from the ice bucket challenge.

"Every aspect of their existence is worn down," Treihaft said. "So where they don't have coverage, out here, the money goes to help with those kinds of services."