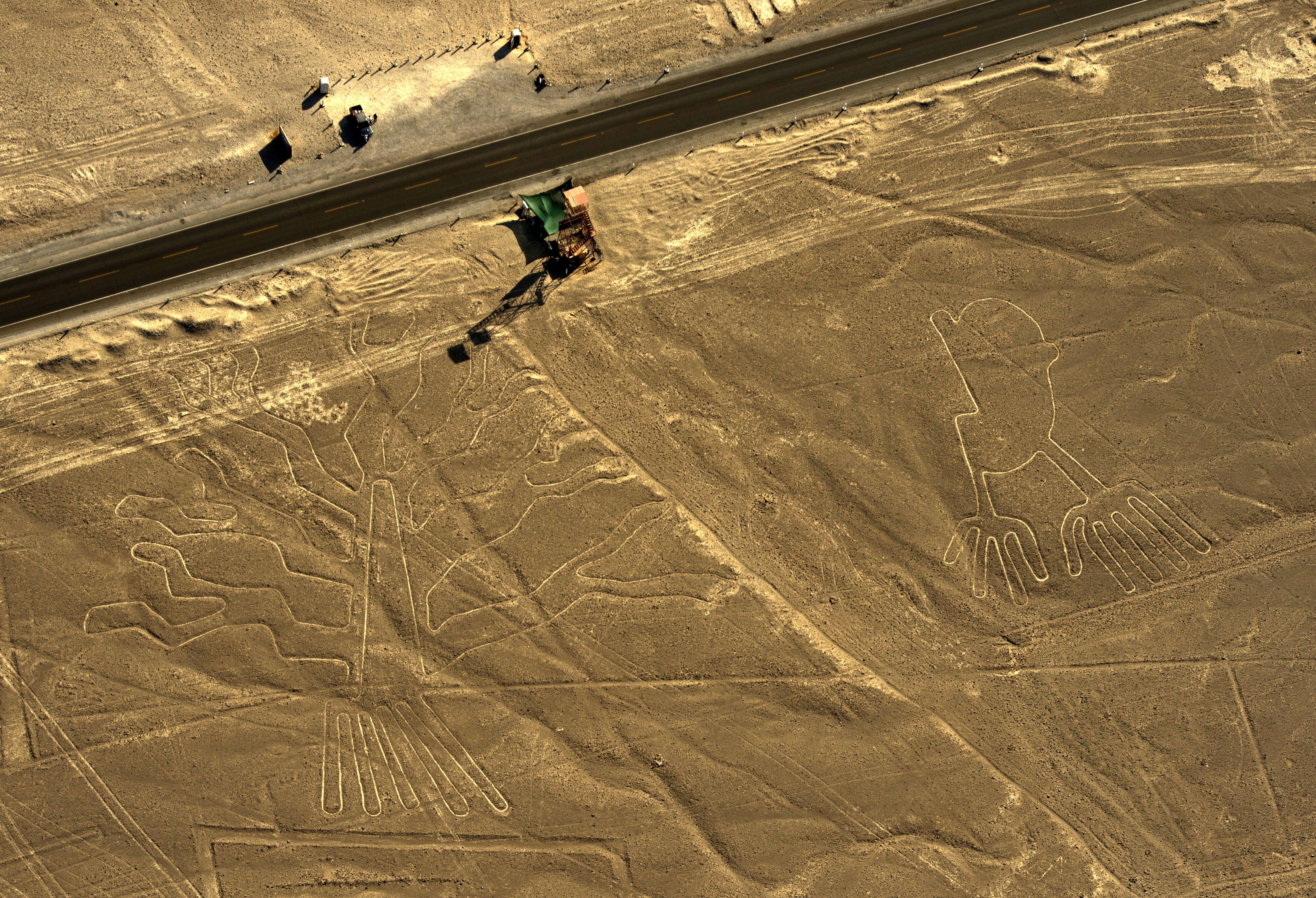 LIMA, Peru -- Authorities in Peru have detained a truck driver accused of damaging part of the world-renowned Nazca lines. The nation's Ministry of Culture says Jainer Flores drove into an unauthorized section of the U.N. World Heritage site on Saturday, leaving tracks and damaging part of three lines.

The Nazca lines are huge etchings depicting imaginary figures, creatures and plants that were scratched on the surface of a coastal desert between 1,500 and 2,000 years ago.

BBC News reports they took 1,000 years to finish. They are believed to have had ritual astronomical purposes.

Greenpeace activists damaged the lines by leaving footprints in the adjacent desert during an event in 2014.

Because the area home to the lines -- stretching well over 150 square miles -- is fragile, drivers are warned about entering it.