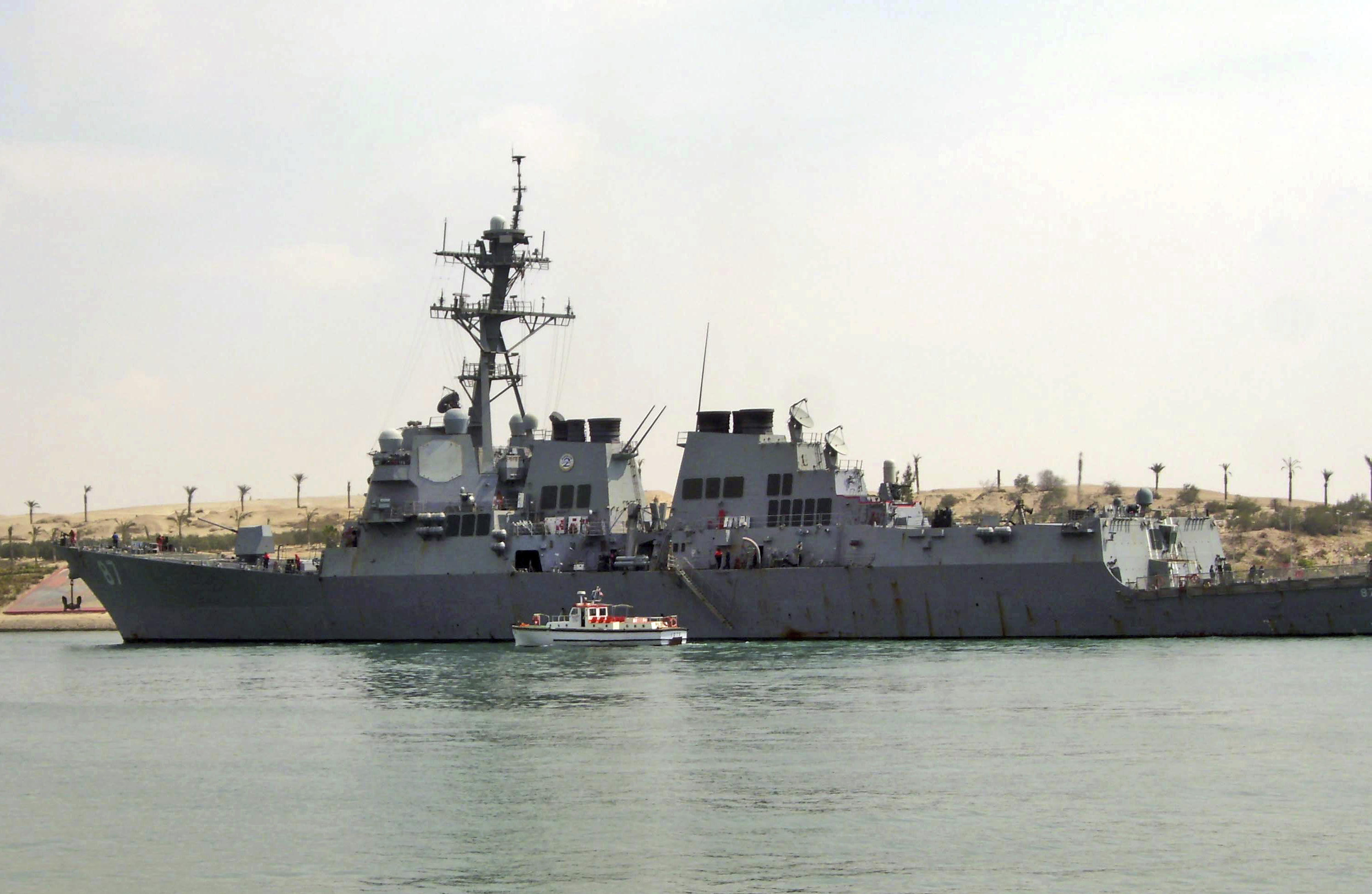 DUBAI, United Arab Emirates -- The Pentagon is contemplating retaliatory action after missiles were fired at the USS Mason from rebel-held territory inside Yemen on Sunday.

“We’re going to find out who did it and take action accordingly,” Davis said. “Anybody who puts U.S. Navy ships at risk does so at their own peril.”

If the U.S. does act, it will be drawn deeper into an increasingly ugly and complex fight in Yemen. The missile was almost certainly fired from Shiite rebel territory, and they are the ethnic group currently in control of the capital with significant assistance from Iran.

The rebels in Yemen have reportedly previously threatened and attacked ships off the coast that were supporting their enemies.

The missile launches Sunday came as a ballistic missile fired from Yemen apparently targeted a Saudi air base near the Muslim holy city of Mecca, the deepest strike yet into the kingdom by Shiite rebels and their allies. The rebels fired another two missiles into the Saudi Jizan region along the border on Monday, wounding two foreigners who worked there, the local civil defense said in a statement.

Yemen’s Shiite rebels, known as Houthis, and their allies offered no reason for the launches, though they came after a Saudi-led airstrike targeting a funeral in Yemen’s capital killed over 140 people and wounded 525 on Saturday.

That was just the latest of many disasters in the Yemen conflict, which has left over 20 million people - “an astounding 80 percent of the population,” according to the U.N. - in need of humanitarian aid.

Since the Saudi-led, U.S.-backed coalition started launching airstrikes against Shiite Houthi rebels in March 2015, at least 4,125 civilians have been killed and over 7,200 wounded in Yemen, including 369 civilian casualties this month alone, U.N. human rights chief Zeid Ra’ad al-Hussein’s office said in a statement.