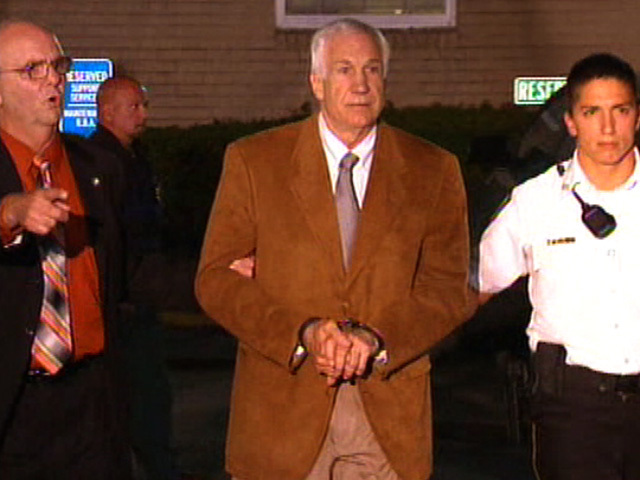 (CBS/AP) After a jury found former Penn State assistant football coach Jerry Sandusky guilty Friday on 45 of 48 counts in his child sex abuse trial, the university that employed him - and drew fire for its handling of abuse accusations - released a statement.

"No verdict," the statement reads, "can undo the pain and suffering caused by Mr. Sandusky, but we do hope this judgment helps the victims and their families along their path to healing."

Sandusky's arrest in November led the Penn State trustees to fire Joe Paterno as head coach, saying he exhibited a lack of leadership after fielding a report of abuse from assistant coach Mike McQueary.

The statement goes on to say that the school accepts "the responsibility to take action on the societal issue of child sexual abuse - both in our community and beyond" and that counseling is offered to Sandusky's victims. It also says the university will invite victims "to participate in a program to facilitate the resolution of claims against the University arising out of Mr. Sandusky's conduct."

According to Reuters, at least one unidentified male has filed a civil suit against Penn State, saying that the school failed to protect him from Sandusky, and legal experts say more suits are likely.

"The University," the statement reads, "wants to provide a forum where the University can privately, expeditiously and fairly address the victims' concerns and compensate them for claims relating to the University."

Eight young men testified that they were abused by the former Penn State assistant football coach, and jurors also heard about two other alleged victims through other witnesses.

Sandusky, 68, faces the possibility of life in prison.