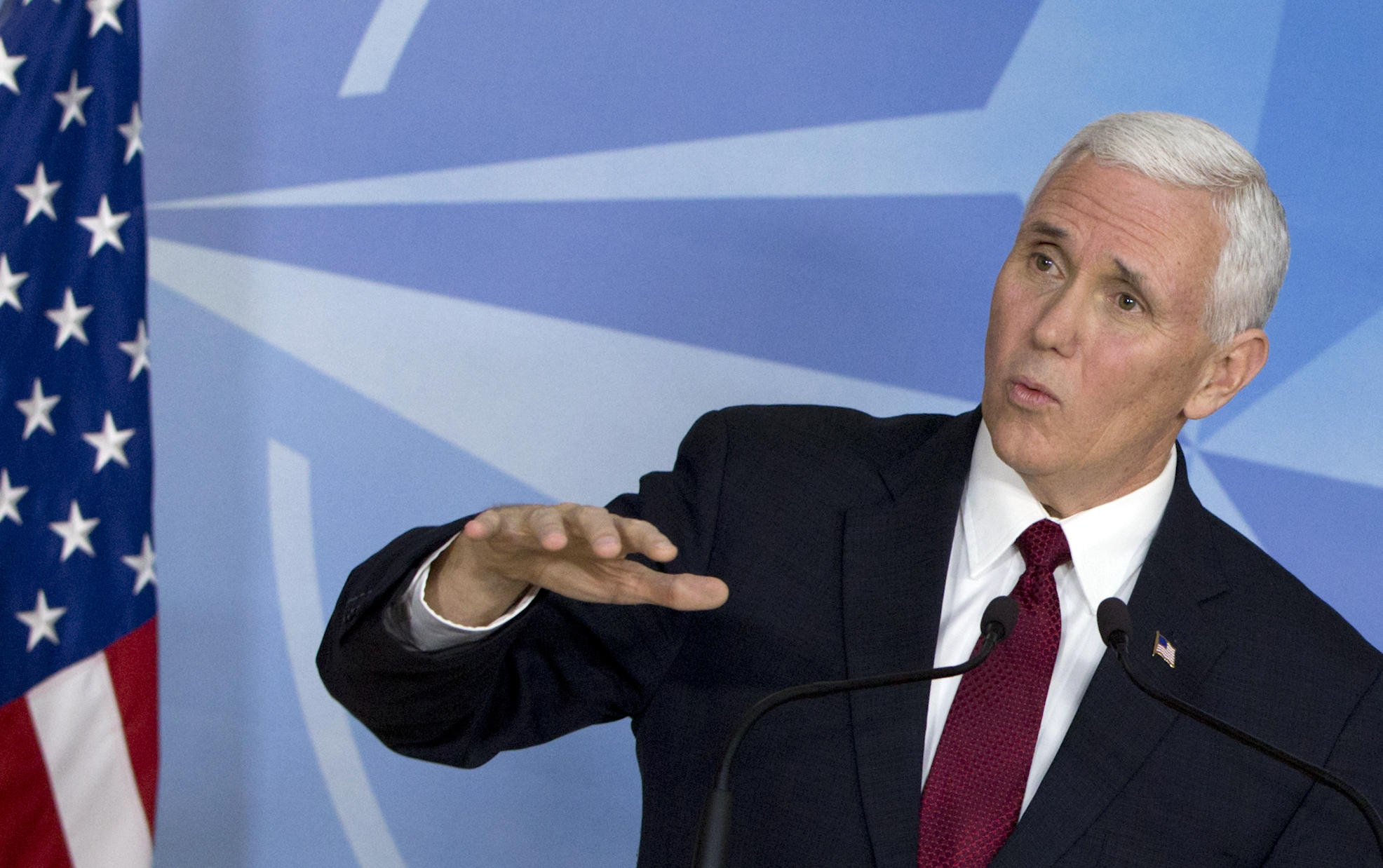 “I’m very grateful for the close working relationship I have with the president of the United States and am -- I would tell you that I was disappointed to learn that the facts that had been conveyed to me by Gen. Flynn were inaccurate,” Pence said. “But we honor Gen. Flynn’s long service to the the United States of America, and I fully support the president’s decision to ask for his resignation.”

Pence and NATO Secretary-General Jens Stoltenberg appeared at a joint presser in Brussels on a day Pence was slated to meet with NATO and European Union officials. While in Europe, Pence also attended the Munich Security Conference in Germany and met with various foreign leaders, reassuring them that the U.S. is committed to NATO and to its relationships with countries across the Atlantic.

During the presser, Pence again repeated the U.S.’ commitment to international institutions. He said Mr. Trump directed him to come to Munich and Brussels to “make it very clear” that the new administration is “expressing strong support for NATO, even as we challenge NATO and challenge our allies to evolve to the new and widening challenge and further meet their responsibilities in this ever-changing, ever-complicated world of threats.”

“They have all conveyed the same message, that the United States is firmly committed to the transatlantic partnership and have unwavering support for the NATO alliance,” Stoltenberg said.

And after Mr. Trump went after the media as the “enemy of the American people” last week, Pence said both he and Mr. Trump believe in a “free and independent press” -- but that he will continue to “call out” the media when they get things wrong.

“Rest assured, both the president and I support a free and independent press,” Pence said. “But you can anticipate that the president and all of us will continue to call out the media when they play fast and loose with the facts.”