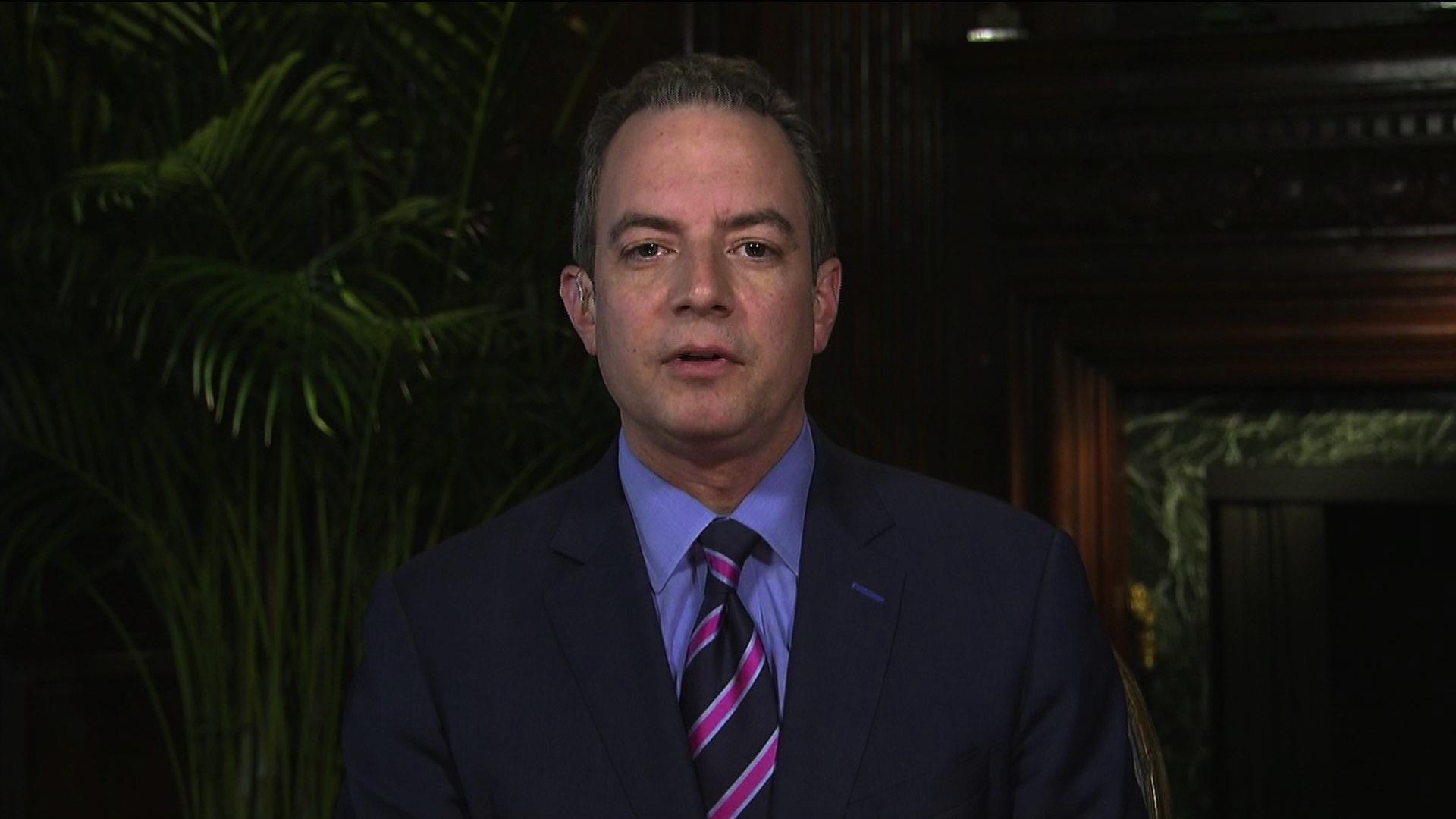 Sources told CBS News there is a “chill” in the flow of intelligence to the White House, both because of comments from the president about the intelligence community and anxiety over the handling of sensitive information about Russian interference in the 2016 election.

The chief of staff continued to hammer the press for its coverage, saying “the American people suffer” because of it.

“I do think it’s a problem,” Priebus added. “And I think that the media needs to, in some cases -- not every case, John -- but in some cases really needs to get its act together.”

When Dickerson asked again whether the press was necessarily “the enemy,” Priebus responded: “I think that the media should stop with this unnamed source stuff. Put names on a piece of paper and print it. If people aren’t willing to put their name next to a quote, then the quote shouldn’t be listed.”

Priebus went on to say that the major story out of the White House is a “story of accomplishment,” pointing to the administration’s work in pulling out of the Trans-Pacific Partnership trade deal, issuing executive actions, and nominating a Supreme Court justice, among other things.

Dickerson then asked how the chief of staff would respond to anyone that could “act on that declaration by the president” that the press was the “enemy.”

“I don’t know what you mean by act on it,” Priebus said. “I mean, certainly we would never condone violence. But I do think that we condone critical thought.”

“We’re talking about stupidity and intelligence reporting that is based on facts that’s not coming out of the actual heads of these intelligence agencies,” Priebus said of recent media reports. “And we’re sitting here talking about it. And it’s a shame. And it needs to end.”

The White House chief of staff was later asked about Sen. John McCain, R-Arizona, and his recent criticisms at a Munich security conference that the audience would be “alarmed by the growing inability and even unwillingness to separate truth from lies.”

“I don’t even know what he’s referring to,” Priebus said of McCain, a vocal critic of the president. “I mean-- I didn’t see his statement. But he would be wrong in regard to that statement and the White House and President Trump.”

Dickerson further questioned the White House representative on whether other congressional leaders have expressed concerns about how the executive branch is being run.

“Is it constant praise that you get from your allies on [Capitol] Hill?” the “Face the Nation” host wondered.

“Look, I think that what we hear from people on the Hill is the same thing I’m telling you -- is that the media’s obsessed with a lot of false, hollow stories without sourcing that we have to track down and deal with,” Priebus said in reply.

When Dickerson later pointed out to Priebus that “in every answer, you’ve turned it back to the media,” the interview turned contentious.

“I guess the question is: Is the strategy now to answer any question by just turning it back on the media and using a fight with the media as a way to try to control the storyline?” Dickerson asked.

“John, the last few questions you’ve asked make no sense,” Priebus said. “I mean, you’re talking about people that you’re not naming, and whether or not some things need to be improved, and what would you say to people that say some things. I mean, what things? What people? What are you referring to? Give me a specific question with a specific purpose-- accusation, and I’ll answer the question. But you’re asking me a vague question without any specifics, and you want me to give you a specific answer. It’s ridiculous.”

Catch the full interview with White House chief of staff Reince Priebus on Sunday, February 19. It airs on CBS’ “Face the Nation” at 10:30 a.m. ET.