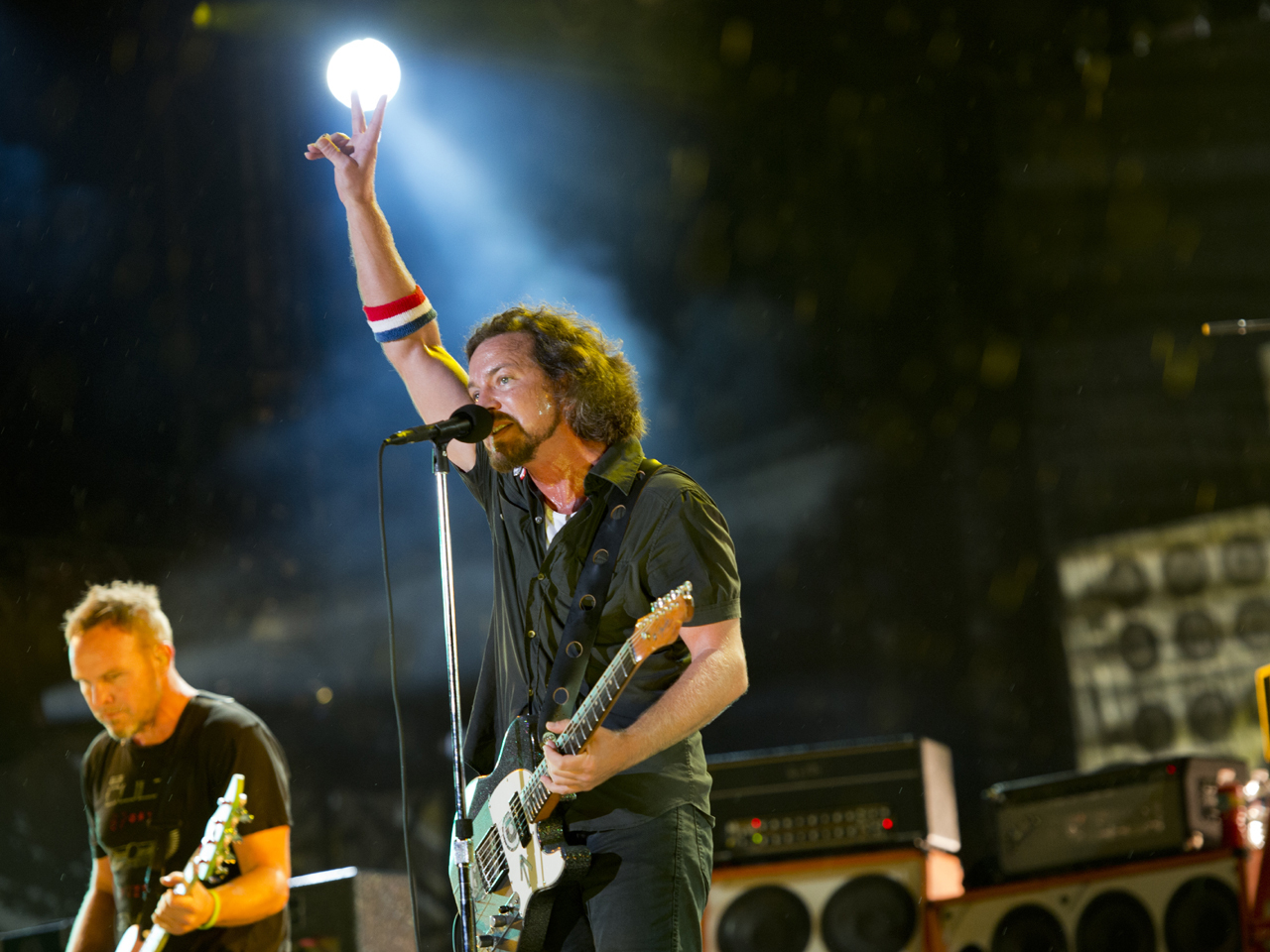 RALEIGH, N.C. -- Pearl Jam is canceling its concert in North Carolina later this month because of the state's new law on LGBT rights.

In a statement issued Monday on the band's website, Pearl Jam called the new law "a despicable piece of legislation that encourages discrimination against an entire group of American citizens."

The statement says the band has communicated with local groups and will give them money to oppose the law.

Pearl Jam was scheduled to perform April 20 at PNC Arena in Raleigh.

A growing number of musicians have canceled concerts in North Carolina in protest, including Cyndi Lauper, Bruce Springsteen and Ringo Starr

An anti-discrimination ordinance approved in February in Charlotte that, among other things, would have allowed transgender people to use bathrooms corresponding to their gender identity led to a special legislative session. Legislators overturned the ordinance and blocked all cities and counties from passing similar anti-discrimination rules.

Lawmakers in state after state are passing bills to protect those who cite religious beliefs for refusing to serve or employ gay or transgender people.

CBS News wondered why so many of these laws -- including some that limit access to public restrooms -- are surfacing now ... and who's behind all of this? CBS News' Dean Reynolds recently went and found out.

Demonstrators against the so-called bathroom bills were out in force in South Carolina last week -- their chants echoing those in other states where they say legislatures have have enacted laws enabling bigotry.

But while they protested, the conservative group, that's helped author many of those measures protecting religion over sexual orientation, was working at its Orlando area office on new ways to uphold what it says is really at stake.

"It is only about being free to pursue your faith," said Mathew Staver. "We have no interest in discriminating against anyone."

Staver is the founder and chairman of Liberty Counsel, which has affiliated attorneys in all 50 states -- drafting bills, advising lawmakers and defending clients in what they believe to be the great cultural clash of our time.

CBS News first met Staver when he defended a Kentucky county clerk Kim Davis who said it was against her religion to hand out marriage licenses to homosexuals. Lately, Liberty Counsel has been helping to draft legislation for conservative lawmakers in at least 20 states.

"There's certainly a thread of information that is similar and the same," Staver said. "They all have the same intent and that is to protect religious freedom."

But opponents say Liberty's handiwork actually protects those who, for religious reasons, decline to employ or serve gays, lesbians or transgender people.

An objective observer could conclude that they want to push back against that ruling.

"Well I certainly want to push back against that ruling," Staver said. "It was a wrong ruling. It has no basis in the constitution."

Where are they going with this?

"The Supreme Court in the 5-4 opinion on marriage in 2015 lit the house on fire," Staver said. "All we're trying to do is control the fire at this point in time."

And he is unfazed by corporate threats to pull out of states in protest against his work.

But others argue the boycotts will hurt North Carolina's economy.

Werner knows not attending the High Point Market will mean missing an early look at new trends that could get hot later on, translating to big sales for his own business. But he said the state left him little choice when it passed a law last month that critics say discriminates against lesbian, gay, bisexual and transgender people.

"The state just came out with this nasty and mean-spirited law that provides for state-sanctioned discrimination," he said. "How do we jump on a plane and go to North Carolina? They put up a sign that says, 'Gay? Stay away.' "

Some fear that Werner's decision might start a wave that could damage a tradition of commerce that brings an estimated $5 billion a year in economic activity to North Carolina.

Werner said he canceled a five-day reservation of a four-bedroom private home he'd rented for his five-person team -- at a cost of $2,700 -- and added he wouldn't be entertaining at the High Point restaurant he has frequented for years.

If only 2,000 of the estimated 58,000 out-of-town market visitors like Werner stayed away from High Point, it could mean a loss of about $15 million in lodging, food and other tourism-related spending, said T. William Lester, a city and regional planning professor at the University of North Carolina at Chapel Hill.